Whoa: This “Zootopia” character looks different around the world

Did you watch Disney’s Zootopia over the weekend? It seems that pretty much everybody did: The film opened with a monster $73.7 million opening box office and nearly perfect critical reviews. Now that its first wave of buzz has died down, newly-converted fans are swarming over the film looking for Easter eggs and cute tidbits. And Disney, per usual, has given us something extra to talk about.

Throughout the film, two newscaster characters keep us up to date with what’s up in Zootopia, the city at the center of the film. One of them is a snow leopard; the other is a moose. Or… is he? 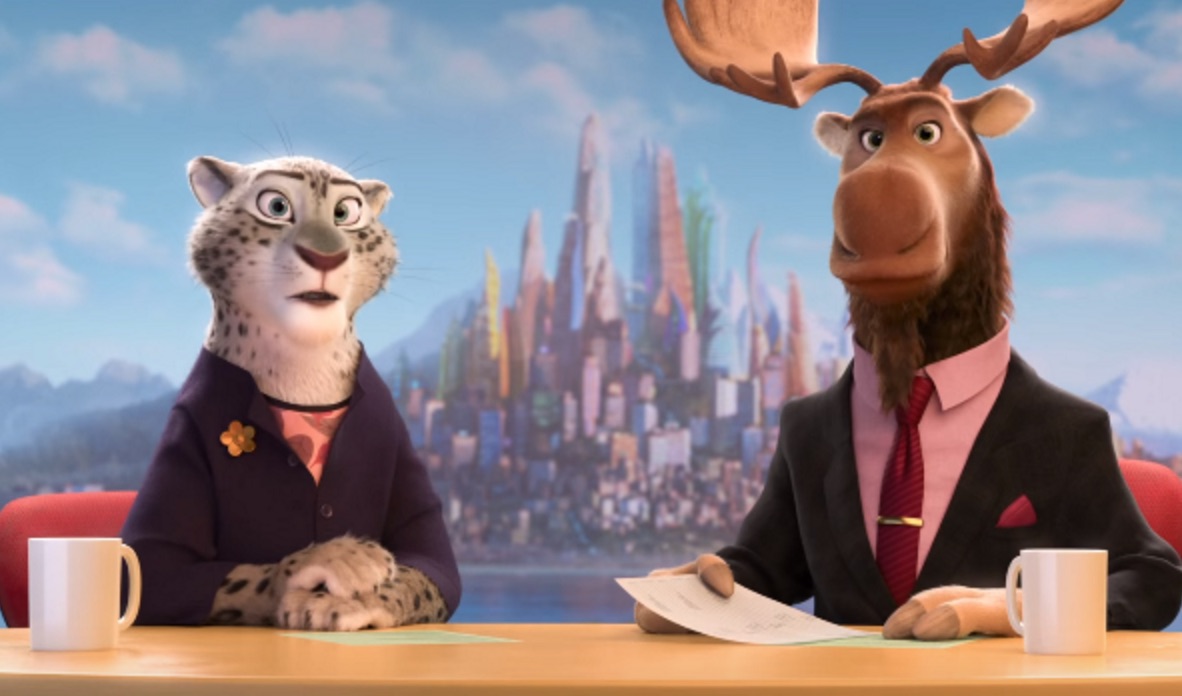 Not so, according to the Twitter user @RyshatsCorner. An artist and animation insider, he shared images of other Zootopia newscasters from around the world:

What makes this all better is that the newscasters’ voices actually all correspond to popular voices from the regions in questions. Besides Boechat’s Brazilian jaguar, the North American moose is voiced by popular Canadian newscaster Peter Mansbridge, and the singer/TV presenter David Campbell voices the Australian koala. (No word yet on who was plucked for the UK/Japan/China.)

This isn’t actually the first time Disney has changed a film to better mirror region-specific cultural associations. For last year’s Inside Out, the food baby Riley disliked varied depending on where you saw the film. When fans noticed the change, it generated another round of chatter for the film. And Disney, being the giant media empire that it is, will probably continue to roll out different international editions to better appeal to their global audience.

While @RyshatsCorner has dug up images for most of the international anchors, we are dying for any images of the UK corgi ‘caster. Until we get an official one from Disney, we’ll just keep looking at this GIF: