Zoe Saldana shocks us after revealing she has this autoimmune disorder

Zoe Saldana recently revealed this shocking news to The Edit: she suffers from Hashimoto’s thyroiditis, an autoimmune disease that causes the immune system to attack the thyroid. As Saldana explained:

“Your body doesn’t have the energy it needs to filter toxins, causing it to believe that it has an infection, so it’s always inflamed.”

According to the Mayo Clinic, Hashimoto’s thyroiditis is the most common cause of hypothyroidism in the United States. The disease mostly affects middle-aged women, but it can also affect men and women of all ages, and even children.

While there is no cure for Hashimoto’s thyroiditis, doctors highly recommend clean eating. And Saldana is doing just that:

“You create antibodies that attack your glands, so you have to eat clean,” Saldana explained.

When living with the autoimmune disease, doctors agree that clean eating is the way to go. Raphael Kellman, MD of New York’s Kellman Center, says that Saldana’s gluten and dairy-free diet is an effective way to handle Hashimoto’s: 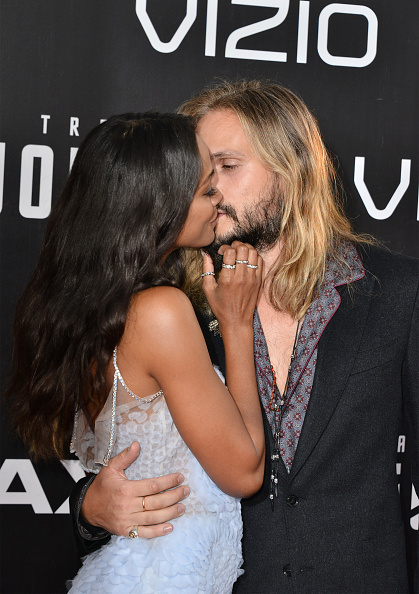 Saldana’s husband Marco Perego has also adopted her healthy lifestyle. We applaud Saldana for taking her health into her own hands. She’s giving us major #healthyeating goals.