This YouTuber broke down the difference between Korean and Western makeup, and the results are 2 times the gorgeousness

Megan Bowen is a Black and Korean YouTuber from Chicago, currently living in South Korea. She’s hilarious, adorable, and her vids are definitely worth subscribing.

Now that we’ve got that out of the way, her latest video just might be our favorite yet. With Eunice Cho of Wishtrend by her side, the two giggle and chat while discussing the differences between Korean and American trends. Of course we knew there would be a contrast between the two styles of makeup, but seeing them side-by-side really made our jaws drop.

The two styles were dramatically different from the start. For the Korean-inspired side, Eunice applied a cushion foundation with a dewy finish onto Megan’s skin. On the opposite side Megan applied a medium to full coverage foundation by Urban Decay.

The Korean style of concealing was lighter too in comparison to the Western half where Megan used Nars Radiant Creamy Concealer blended with her finger. 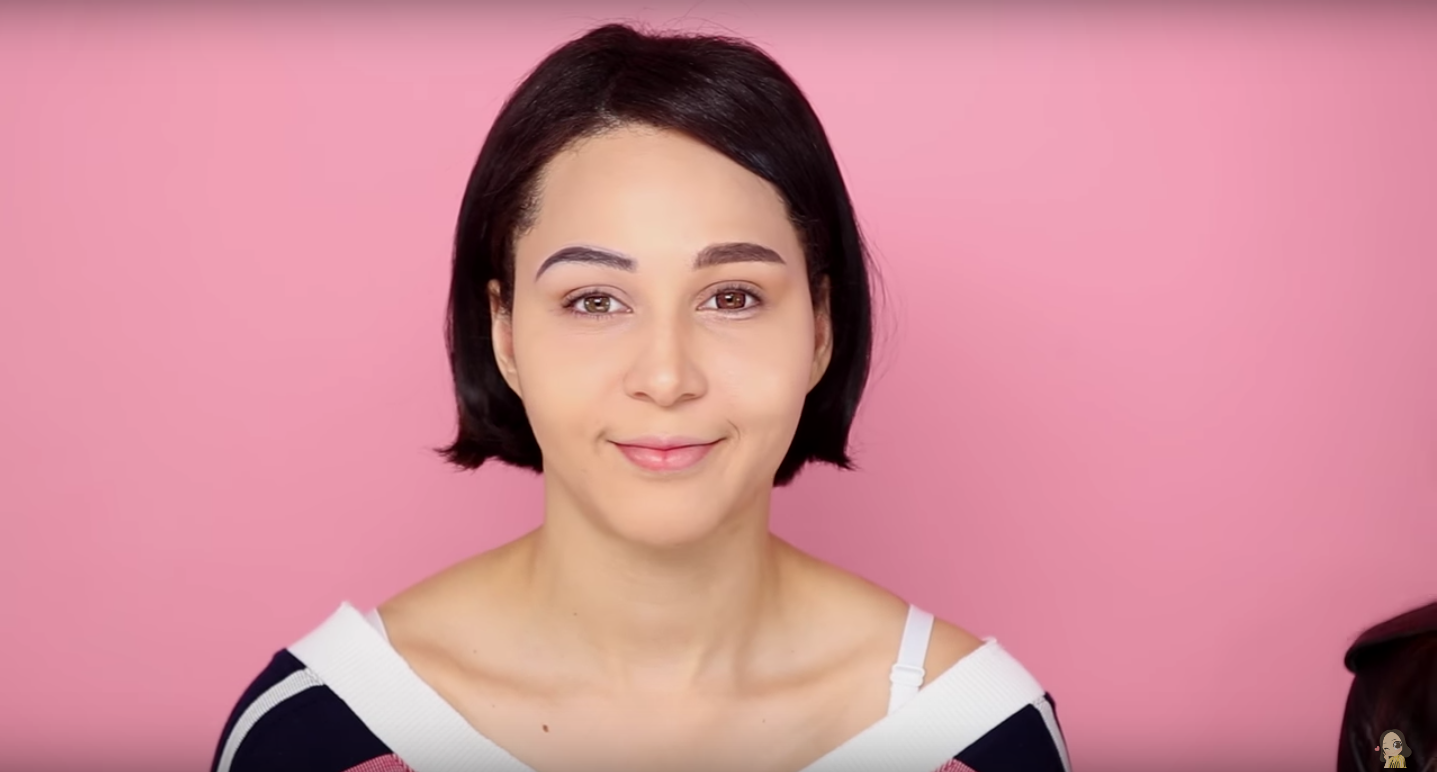 The difference in eyebrow styles was the most dramatic. While boy brows are getting more popular in America, there’s still a distinct difference when it comes to the execution of the trend stateside. Megan pointed out that the Western brow is thicker and straighter, but still has an arch. The Korean version, on the other hand, is completely straight. 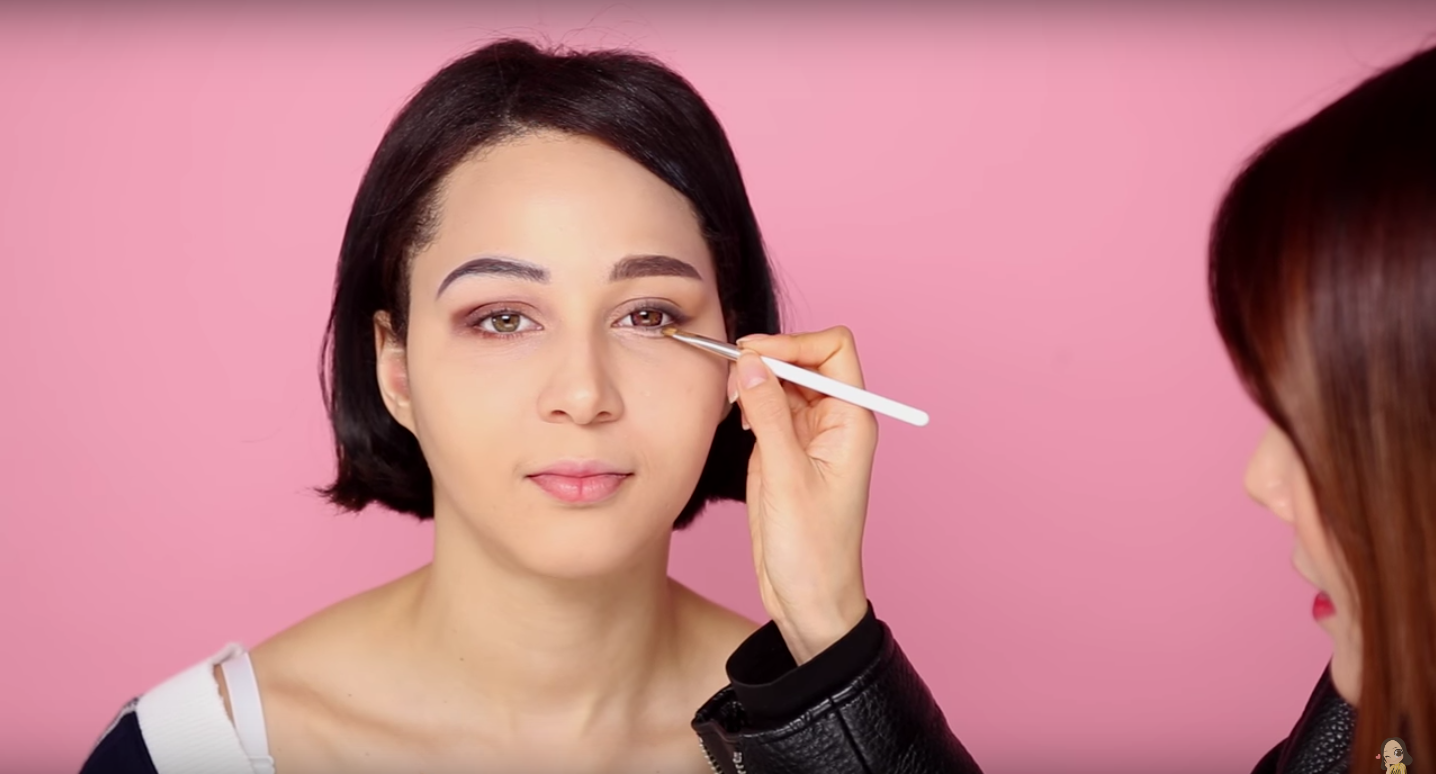 Eyeshadow styles couldn’t have been more different. Megan started her eye with a transition color which she also applied on her lower lash line. She added a darker shade to the outer corner and a lighter shade in the tear duct. 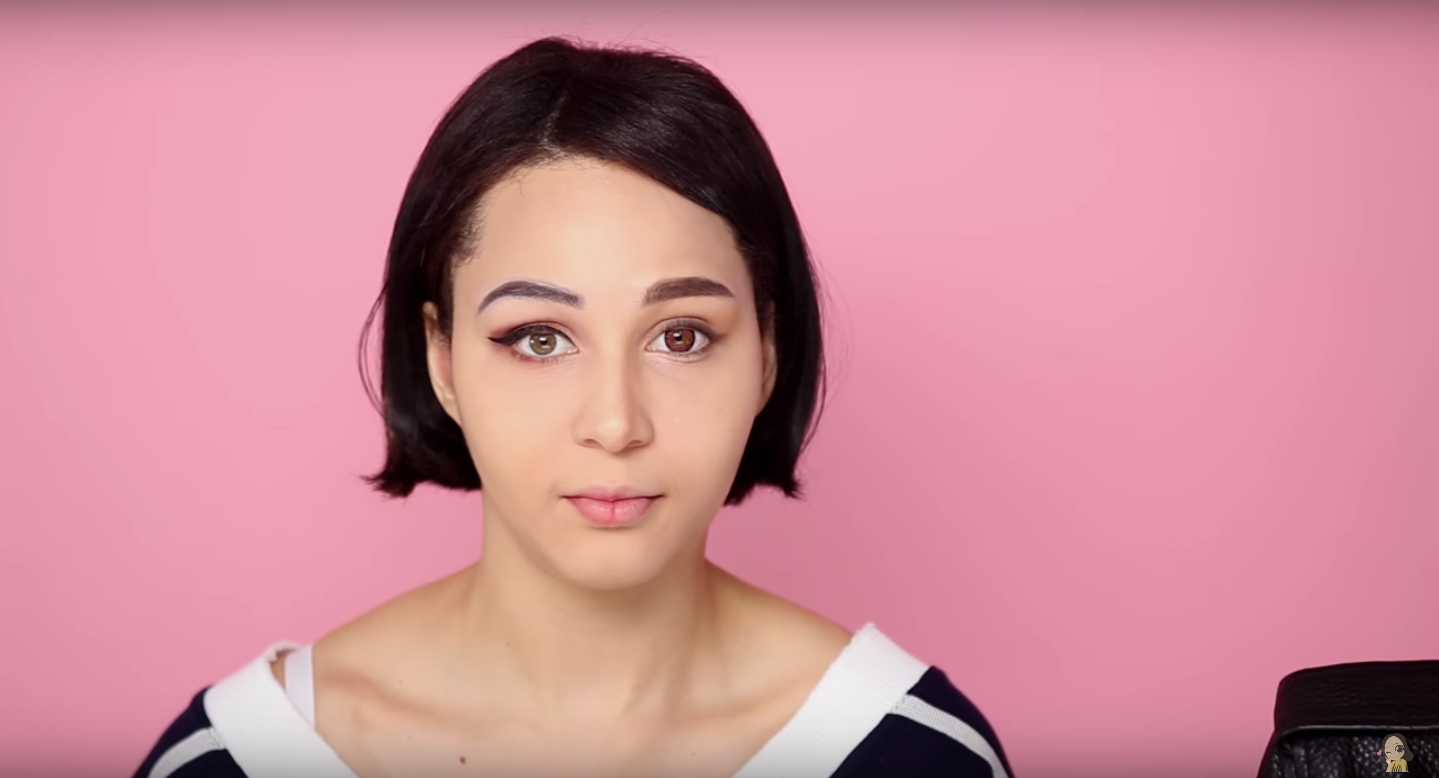 For the Korean side, Eunice applied a barely there sheer shade on the lid and made a cat-eye with dark shadow.

Megan went on to contour the Western side with a liquid illuminator, while Eunice kept her side simple with blush applied to the cheeks, jaw line, and sides of Megan’s nose.

To keep the look dewy, Eunice passed on pressed powder while Megan made sure to seal her side with a translucent powder. 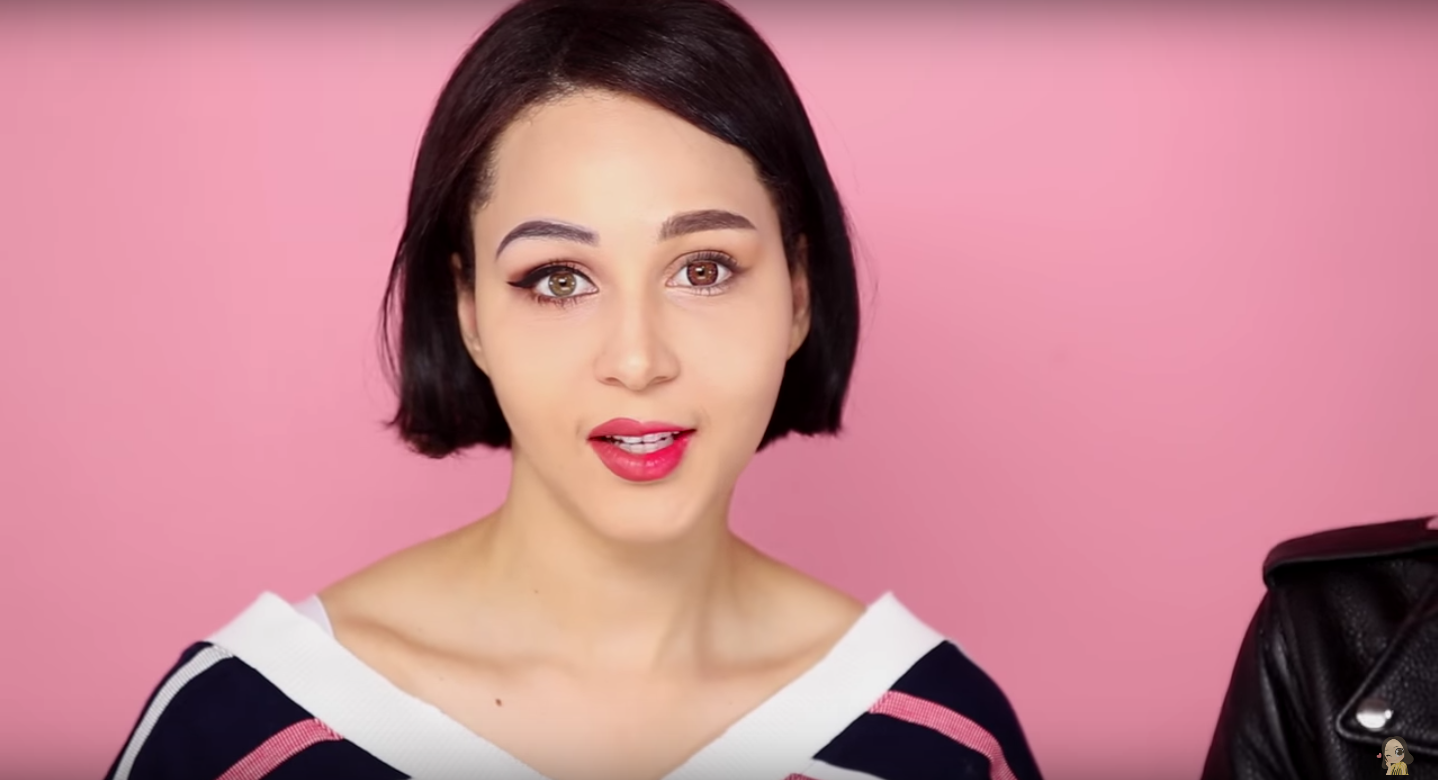 The lip looks were practically opposite. Eunice did a popsicle lip with a lighter shade on the outside of Megan’s lips with a darker shade in the center. 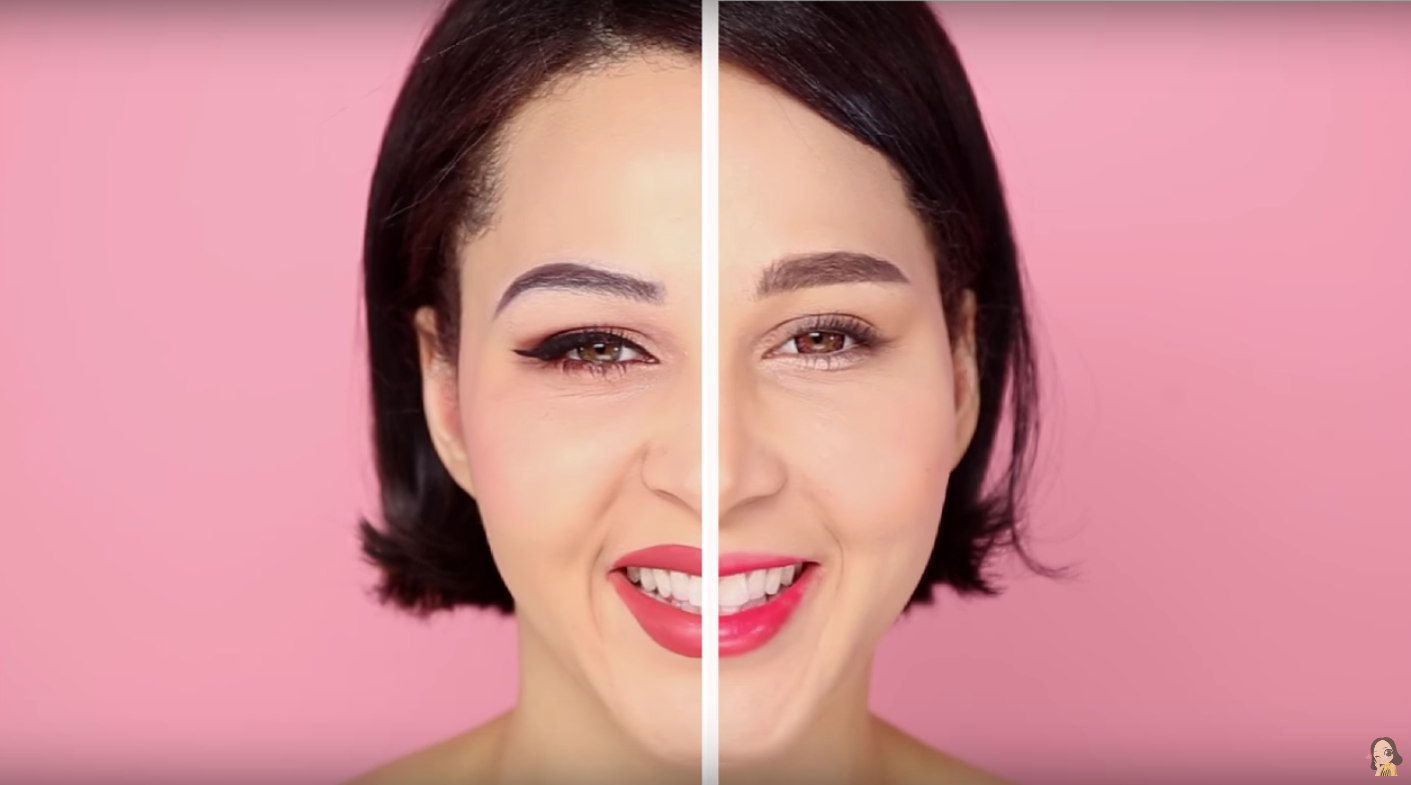 Since we like to mix our box brow with a cat-eye and our cushion foundations with matte lipsticks, we’re thinking we’re about halfway between South Korea and the States. Alaska perhaps?

Check out the full vid below, it’ll crack you up.

Which makeup side are you more into?