What “You’re The Worst” gets right about dating culture today

Love and relationships in 2016 have been portrayed in a variety of TV shows, from Girls and Broad City, to the entire Bachelor franchise. So many of these depictions hit on key points — the struggles of navigating Tinder, what it means to be in a relationship as a millennial, the appropriate amount of time you should wait to respond to a text, etc.

But what these shows don’t quite capture is how dating can wear you down in a different way than it ever has before. Dating now, in all its forms, often feels less about getting to know someone, and more about playing it cool.

The less you care, the better. You have the upper hand in a relationship if you generally give off an overall whatever attitude. While this dating trend is frustrating, it’s a way to protect oneself from being overly vulnerable, sharing too much, and potentially getting hurt.

I hadn’t found a show that captured those particularly dark moments until I discovered You’re The Worst. The FX series follows two early thirty-somethings: Gretchen, a cynical music PR exec and Jimmy, a self-involved writer. 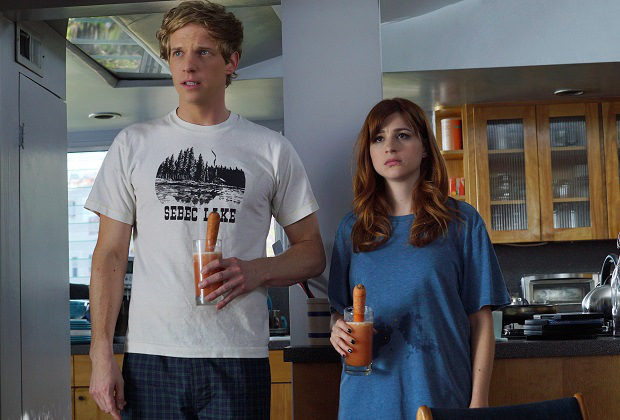 While they each have different perspectives on relationships, both characters have been hurt enough times to be stuck in bad habits. One fateful night, the two meet at Jimmy’s ex-girlfriend’s wedding. They bond over their mutual dislike of weddings, and the rest is history — a couple seemingly destined to dissolve.

Gretchen doesn’t “really do relationships,” and Jimmy “doesn’t really believe in them anymore.” So what starts as a one-night-stand with zero expectations leads to the complicated, challenging, funny and sweet story of Gretchen and Jimmy. 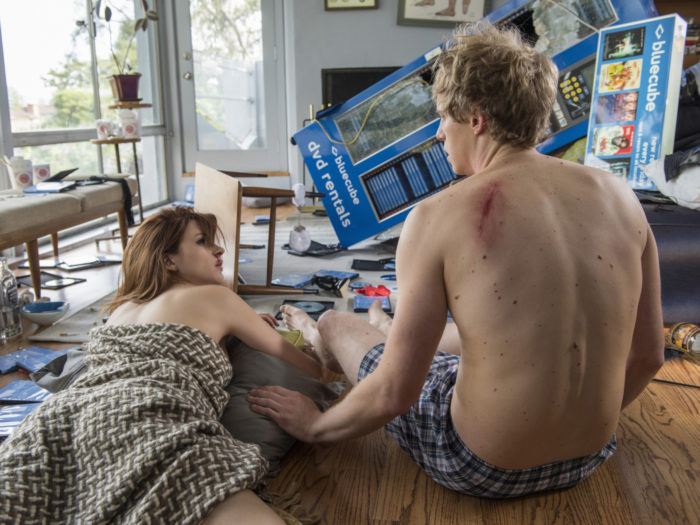 On a surface-level, the pair are completely self-destructive. By playing it so cool with each other at the beginning of their relationship, they find themselves in messy and uncomfortable situations.

Trying to one-up the other person isn’t a healthy way to enter new relationship territory. Unfortunately, though, this is very often the case in early dating behavior. Have you ever acted like you knew exactly what you were doing in front of a guy only to embarrass yourself in the process? As someone who regularly finds myself in cringeworthy situations, these interactions between Gretchen and Jimmy were all too relatable. Though I’ve never tried to one-up a guy to prove I could party more than he could (see the episode, “Sweater People”), I have had my moments — i.e. acting like I chainsmoked on an Internet date, wherein moments later I ended up fainting in a parking lot.

What You’re The Worst gets right about dating is that not only will you try to stay cool in front of someone you are interested in, but you will go to desperate lengths to do so. There’s also a very real fear of letting yourself go completely in order to pursue something more serious.

The “Sweater People” episode shows how insecure we can become when entering into new relationships,often acting out at the first sign of normalcy. We can’t even call these things what they are: relationships.

Instead we opt to have one foot out the door, keeping our options open. Like Jimmy and Gretchen, we have a certain fear of settling down. Will settling down make us boring? 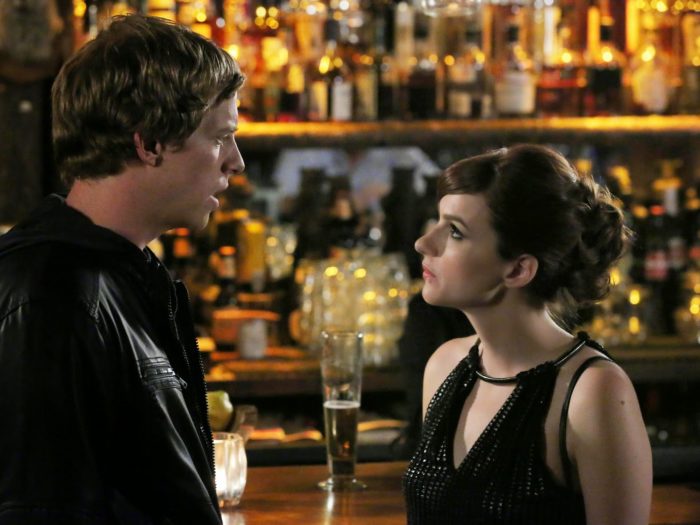 Jimmy and Gretchen face different challenges, large and small, throughout the first two seasons — from exchanging house keys and going on cookie cutter dates, to clinical depression and deep jealousy. While both characters are self-destructive in their own ways, Gretchen’s path to poor decisions was understandable. It was entertaining to watch her in her prime hot mess moments because I, like many others, have been there before (aka showing up to a questionable guy’s house in the middle of the night, when you know it’s a terrible decision that will leave you feeling like garbage).

Playing it safe isn’t always the choice that we make. It may be self-destructive behavior, but in the moment, it feels better to be with someone who isn’t good for you, than to be alone entirely. 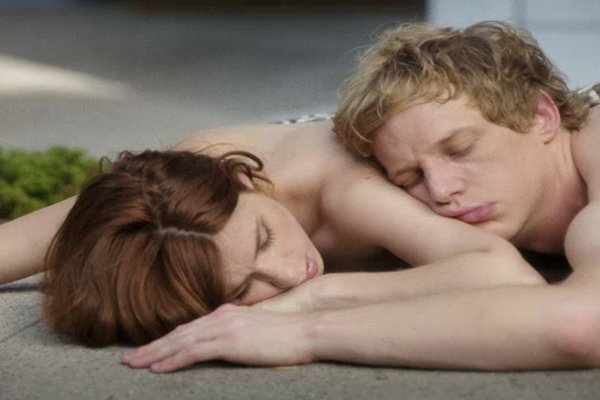 In the upcoming season — which returns to FXX on August 31 — Gretchen and Jimmy will have to face new obstacles, including some very dark ones, as they venture into an adult relationship. In seasons past, they’ve been able to share their secrets with each other, some seemingly more messed up than others. From the get-go, the world that the pair inhabits doesn’t appear to be one they’ll succeed in — the chorus of the show’s theme song is “I’m going to leave you anyway” and Gretchen says to Jimmy, “If we both know it can’t work out, there’s no harm.”

Despite all the chaotic ups-and-downs of their relationship, the two prove that finding someone who you’ll prioritize above yourself can be just as fun as it is complicated. And maybe that’s even better than going on the misadventures of life alone, a journey is never as predictable as all the rom coms have led us to believe.