There’s a high chance you’ll pass out when you see new Baby Groot, because he’s just THAT cute

Picture an adorable sweet, soft tiny little puppy with big blue eyes and floppy ears, and also this puppy is napping in a basket of newborn kittens, all gently nuzzling up next to each other, and also this puppy-in-a-basket-of-kittens is in a red wagon being pulled by a toddler just learning how to walk. Just thinking about that, you’re probably like, “OMG, that has to be the cutest thing ever.”

This new Groot was unveiled this year at San Diego Comic Con, and sadly (I KNOW) images of him haven’t made their way to the internet yet. It’s a shame, because this new Groot, Tween Groot, needs to be seen by everyone ASAP.

But brace yourself for when it happens, you might pass out from the cuteness overload. Really! In a lengthy Facebook Q&A, Guardians director James Gunn explained that someone was actually so overwhelmed at seeing new Groot that they passed out in the Comic-Con hall.

Likening Groot to “The Beatles” is the best analogy ever, and can’t stop laughing, and also “awwww-ing” over this.

You can kinda see the new tiny Groot in one of the perviously released Guardians image, but the actual version is like WAY BETTER. 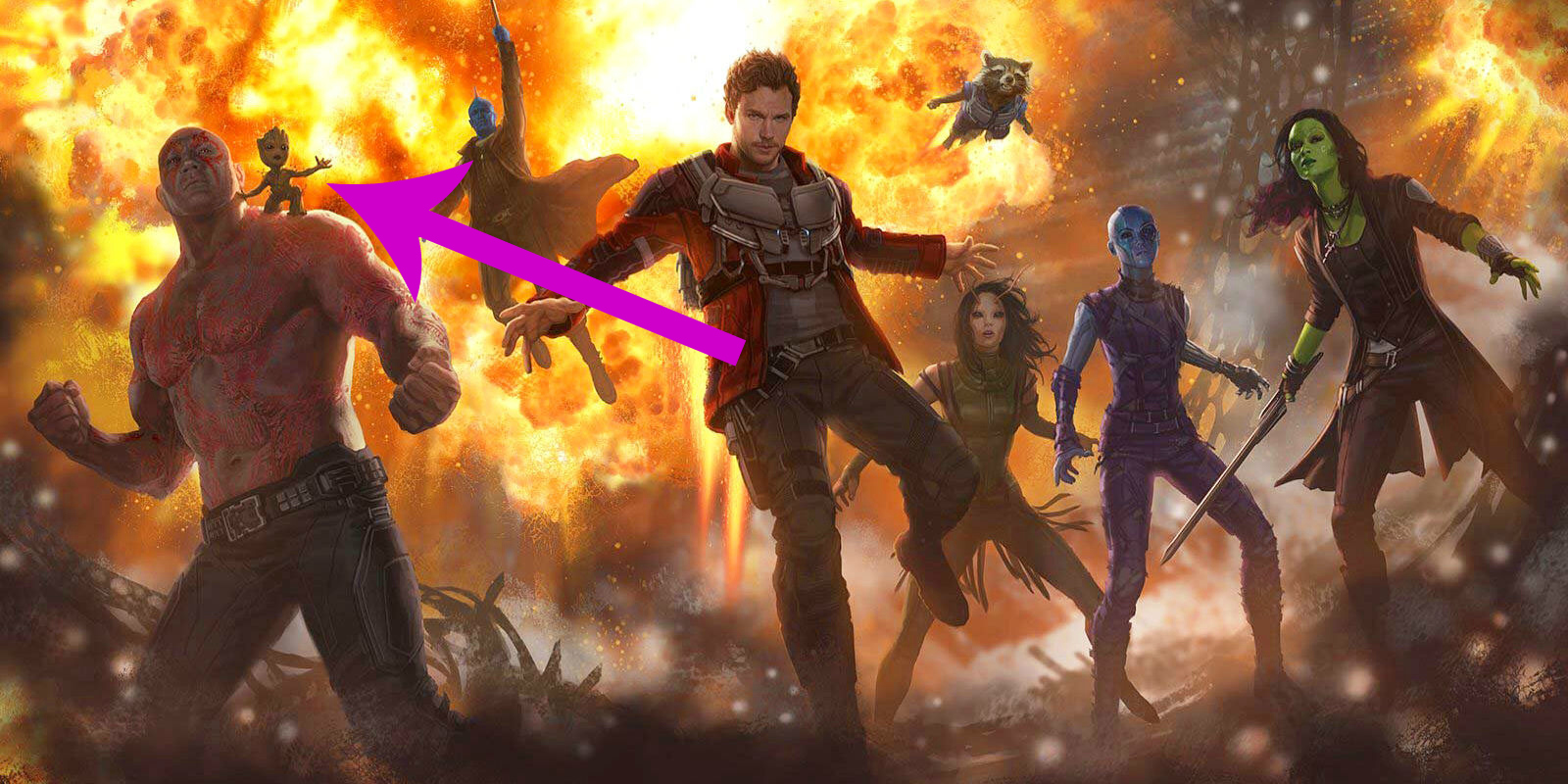 There’s no word as to WHEN the first trailer for Guardians will be released, and it still probably won’t be for a while. But maybe, just maybe, if we ask nicely, Gunn will release an image of new Baby Groot ahead of time, if only to completely fill our cuteness quota for the year.

Just make sure you’re sitting down or at least in a soft location. You know, in case you pass out.