I stood barefoot on the floor of the high school wrestling room, my leg extended in a yoga pose. The pressures of the world around me slowly faded. My breath began to fall steadily. The deafening pop music surrounding me seemed to melt into the background, leaving me with only one focus — myself. For the first time in years, I felt at peace. And for the first time in my life, I felt content with my body and its capabilities.

I was born with cerebral palsy, which caused me a spate of seemingly irreversible body image issues. Although the condition’s physical effects on me are extremely mild, its emotional effects have lingered throughout my life. Even as a young child, I could sense that I was not as athletically talented as my peers, and I longed to be able to keep up with their physical pursuits. However, my stiff muscles and slightly awkward gait prevented me from excelling at sports, which eventually led me to despise the culprit behind my lack of coordination — my disabled body.

Surprisingly, my lack of athletic prowess did not prevent me from trying (and ultimately discarding) nearly every physical activity imaginable. Like every other little girl, I played T-ball. I took ballet lessons, played basketball, attended gymnastics camp, spent years learning how to swim, and even attempted cheerleading. Despite my heavy involvement in physical activities, I felt ashamed of my lack of athleticism.

I constantly worried that, as a teammate, I was holding my able-bodied peers back from their full potential. That, as a person with a disability, I could never be perceived as their equal.

Every time I competed alongside my able-bodied peers, a palpable tension seemed to hang in the air — an unspoken idea that my teammates would be more successful without me. 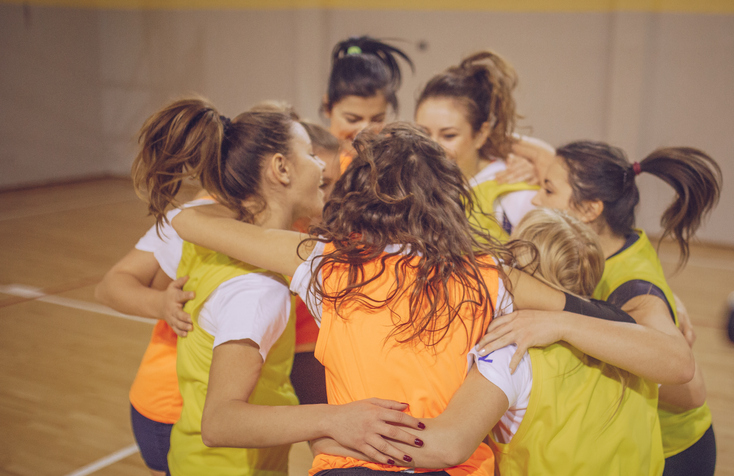 By high school, this fear of my disability holding others back had transformed into a complicated relationship with my self-image. I felt as though my body was cumbersome, burdensome, and taboo in a culture in which able-bodied athletes are idolized and winning is everything.

I wished my cerebral palsy didn’t exist and fervently attempted to hide my inherent clumsiness behind ridiculous excuses: I had “pushed myself too hard” or I had “twisted my ankle.” I constantly felt like I needed an acceptable justification for my lackluster performance in gym class. I convinced myself that if anyone discovered my disability, my peers would ostracize me.

In the middle of my 9th grade year, the dance teacher at my school was looking to recruit a few girls from my general P.E. class, and she asked to speak with me and three other girls about transferring into her course. I was immediately terror-stricken over the sheer possibility of stiffly dancing in front of my peers with no way to hide my disability. But when the other girls quickly accepted her offer, I (a peer-pressure-prone 14-year-old girl) reluctantly agreed to join the class. I assumed that, at the very least, it would be a welcome reprieve from poorly executed push-ups and failed attempts at throwing a football. 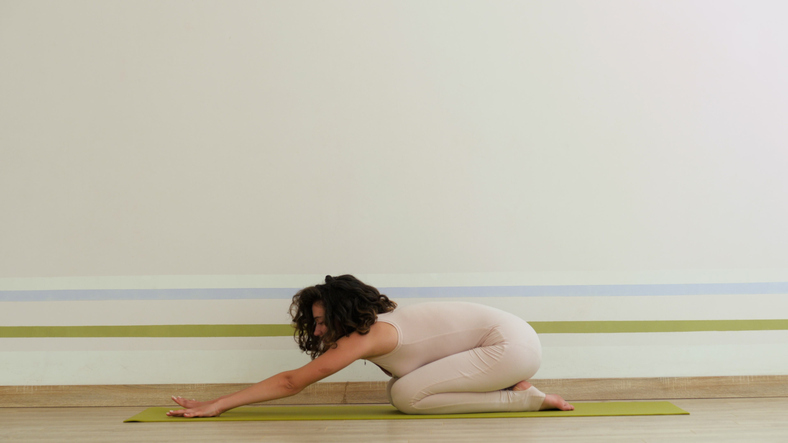 I anxiously forged ahead and was surprised when my new teacher led us to the school’s wrestling room for a yoga lesson. As she instructed us to remove our shoes and line up, I worried that my cerebral palsy would become glaringly obvious, and I felt increasingly self-conscious. I had never tried yoga in my life, but I assumed that my entire P.E. class would fixate on me and wonder why I could not seem to execute the poses.

I could not have been more wrong.

As the music began and we transitioned into our first pose, I discovered that the stretch felt easy, controlled, and completely relaxed. My wildly pounding heart slowed to a steady rhythm as I realized that I was not focused on anyone else’s reactions to my body; I was solely focused on the art of yoga itself. I felt centered, as if in that moment, no one else existed. I felt untouchable, as if my self-consciousness had dissipated from my mind. For the first time in my life, I was competing against no one but myself.

I gradually discovered the strength and beauty of my disabled body as it glided from pose to pose.

I realized that, in yoga, I couldn’t hold anyone but myself back from success, and I was determined to embrace my unlimited potential. At last, I discovered that I was physically capable — strong, enduring, and graceful — with my cerebral palsy, not despite it. At last, I felt equal to my able-bodied peers. I could celebrate my capabilities without comparing them to anyone else’s, and transform my self-perception.

To this day, yoga is the only exercise I have ever truly enjoyed. Yoga has shown me that my body has never been “broken,” that I am whole, even with my physical limitations. It has allowed me to discover my inherent physical strength and beauty, which is an innate power that transcends disability. Most importantly, yoga has allowed me to wholeheartedly embrace myself, cerebral palsy and all. With a yoga mat, a little determination, and a resolution to focus on no one but myself, I know that I am — and always have been — enough.