How yoga helped me heal my toxic relationship with exercise

“It’s like you’re addicted to running,” nagged my boyfriend when I told him I couldn’t hang out after school because I had to work out.

Naturally, I resented his statement. Didn’t he realize how many other, much worse things I could be addicted to? I wasn’t doing drugs — I was just going on a two mile run through my neighborhood. Besides, my regular workouts kept me looking good (or so I thought), and wasn’t that what every 15-year-old boy wanted in a girl?

The thing is, even though my high school boyfriend was probably just angry with me for choosing to run over hanging out with him, he might have had a point. I had been raised in a family that exercised for fear of getting “fat,” and as I grew old enough to decide my own workout habits, I fell into the same pattern.

While I don’t know if I’ll ever truly shake my insecurities regarding my weight (I am a woman living in 2018, after all), ever since I began practicing yoga instead of hitting the gym for more intense workouts, my relationship with exercise and with my body has healed.

I went from being a person who felt like she “had” to work out to maintain her appearance to someone who just moves when it feels good to move.

I grew up as the chubby one of my three sisters, and my health-obsessed father forced me to exercise throughout my childhood. Then, early in high school, I finally got to a place where I truly enjoyed exercise. While running was therapeutic for me, the ab fitness videos I watched and followed in my parents’ basement were part of my fruitless journey to maybe one day achieving what I thought was every teenage girl’s dream: a flat stomach.

Despite my then-boyfriend’s annoyance with me, I continued to be an avid gym-goer and runner throughout high school. My obsession was only pushed further in college by a guy I dated. Going out with an insecure D1 athlete/wannabe body builder may have eventually resulted in my broken heart, but damn it if it didn’t create an intense dedication to the gym. I was probably in the best shape of my life during that time, but only physically — not mentally. Yet most people judge your wellness by your physical appearance, which is why my dad still makes comments like, “You should get back to your routine from freshman year of college — you were in great shape then.”

But the thing is, while I enjoyed doing my regular body building routines at the gym and going on four-mile runs every other day, all of my workouts were partnered with a nagging insecurity, a desperate desire to have the “perfect” body.

Not to mention, before our break-up, I’d hoped that if I just looked a little better, then maybe my insecurities about our relationship would fall to the wayside. 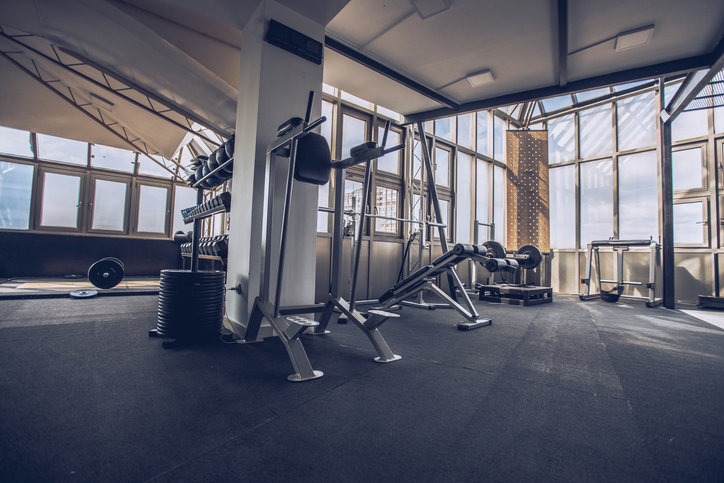 The realist in me would remind myself that the girls I saw on Instagram or in the pages of fitness magazines were paid to look that good. Unless I had 12 hours a day to dedicate to looking that perfect, it wasn’t going to happen for me — but that didn’t stop me from trying. While I did make some dietary changes to hopefully aid me in my quest, it was easier for me to spend more hours in the gym targeting the things I wanted to achieve (I was never one to turn down some fried chicken or cookies). I thought to myself, maybe one day I’ll do enough squats to finally feel like I fill out my jeans properly. Maybe enough pull-downs will finally banish the stubborn flabby skin surrounding my triceps.

After the bad break-up with the wannabe body builder (who would’ve guessed?) and a post-grad move to New York City for an internship, I began teetering between extreme diets and extreme exercise. During the week, I’d pack tiny salads for lunch and stick to lean protein and veggies for dinner. On the weekends, I’d drink way too much vodka and order pizzas at 3 a.m. In my head, it was alright, because “life is all about balance.” But when I’d look back on my habit of waking up at 5:30 in the morning to get in a run before work, it didn’t feel like balance.

Instead, it felt like I was running in an attempt to flush out all the bad shit I was feeding myself — be it greasy food, 100-proof alcohol, or negative thoughts.

I began feeling depressed in my new city. I wasn’t sure if it was my tiny apartment, my low salary, or the lack of sunshine on the Upper East Side, but I was hardly able to get out of bed in the mornings — let alone make it to the gym. The $80 I spent monthly on my Crunch membership was probably the most money I’ve ever wasted on something in my life.

If I did make it to the gym, it was because I scolded myself. The negative thoughts in my head would say something like, “You’re going to the beach next week — you need to at least do some squats or some sit-ups.” Or, “You ate too much this weekend; you should go on a run.”

In an attempt to combat my low mood, I began utilizing meditation apps, then transitioned into YouTube yoga videos once my free trial on Headspace ended. It was difficult to execute a downward dog in my tiny room, but the yoga videos were incredibly slow and low on movement, which was exactly what I needed. 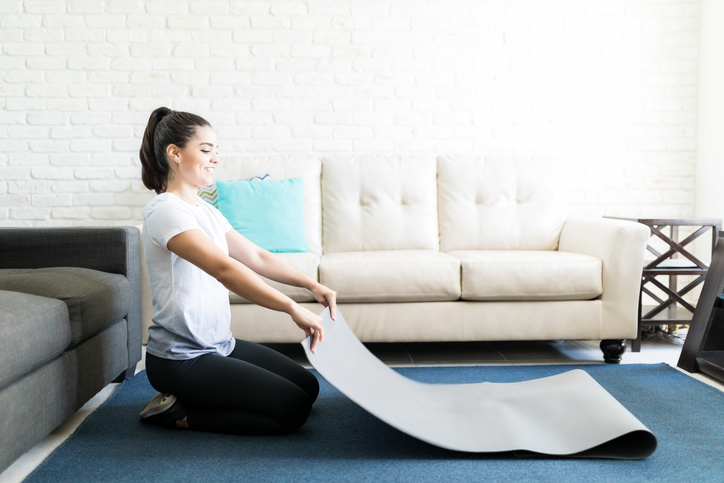 When I’d previously attempted yoga stretches to help me feel less sore after weightlifting, I’d dismissed it as a waste of time. I wasn’t sweating or burning calories (or so I thought), so what was the point? I figured I could be spending those 40 minutes doing extra ab exercises instead of sitting around in child’s pose.

But after excommunicating myself from the gym for nearly a year and pushing myself to do 5-10-minute yoga videos in the morning, I began to explore more in the world of YouTube yoga. Soon, I wasn’t forcing myself to follow along with the videos — I was eagerly turning them on because they actually made me feel good. Whether it was the beneficial stretches for my hips and neck or the calm I felt while laying down in shavasana, I understood what I’d missed by dismissing yoga for so long.

I stopped feeling guilty for not visiting the gym and started accepting the fact that, maybe, if I didn’t want to work out — I shouldn’t.

Avoiding the gym wasn’t “ruining” my body, which I’d feared. And instead of working out to negate the junk I was putting into my body, I started eating things that made me feel good, and avoiding things that didn’t (namely, alcohol). When I looked at my body in the mirror each morning, I could finally be thankful that it was still healthy — whether I’d put it through a grueling HIIT lower body workout or simply sat cross-legged on my mat for five minutes. I stopped making mental notes about the “problem areas” I should focus on while exercising.

In addition to my newfound love for yoga, I went to therapy, I quit my job, and I moved out of NYC. I shed a lot of negative thoughts and habits, and my passion for yoga only grew stronger. I gradually dipped my toes into more “intense” yoga videos, but not because I thoughr I needed to get more toned. I simply wanted to challenge myself. I dabbled in 30-day challenges, like this series from Yoga With Adriene (one of my favorite YouTube yoga channels).

I no longer stared at my arms to see if they looked better in a tank top, which I used to do after hitting the gym. I did start noticing my strength increasing naturally, most notably in my ability to actually do a chaturanga push-up.

Fast forward five months later, and I had to undergo a surgery that left me unable to do any sort of exercise for a month (even something as gentle as yoga) — and I couldn’t have felt happier. In the past, if smaller injuries sidelined my gym workouts, I worried about gaining weight during recovery. This time around, all I felt was appreciation for my body’s ability to do so much for me. By the end of my recovery, I wasn’t rushing back into yoga because I thought I needed to make up for lost time. I was just excited to get back to yoga because my body — and my mind — craved it.

I’m so thankful that I found yoga when I really needed it. Sure, maybe it’s improved my body, but more importantly, it’s improved my mental health. Yoga showed me that exercise shouldn’t be a punishment for “bad” behavior. We should move in a way that feels good, and for me, yoga feels amazing.