And yes, it’s all natural.

I’m not sure what possesses complete strangers to think that inquiring about the authenticity of my hair’s origins is an acceptable way to start a conversation.

It’s not. It’s really, really not.

I understand the curiosity factor. Most people do not have hair like mine. For many women, “long” is considered somewhere between the chest and waist. My mane falls right around my hips, the tresses cascading along my spine like a stormy waterfall.

In an age when one’s appearance can be drastically altered in an instant — whether through extensions, contouring, Photoshop, or all of the above — it’s not surprising that some people see my Rapunzel-like locks and presume it’s all a facade. 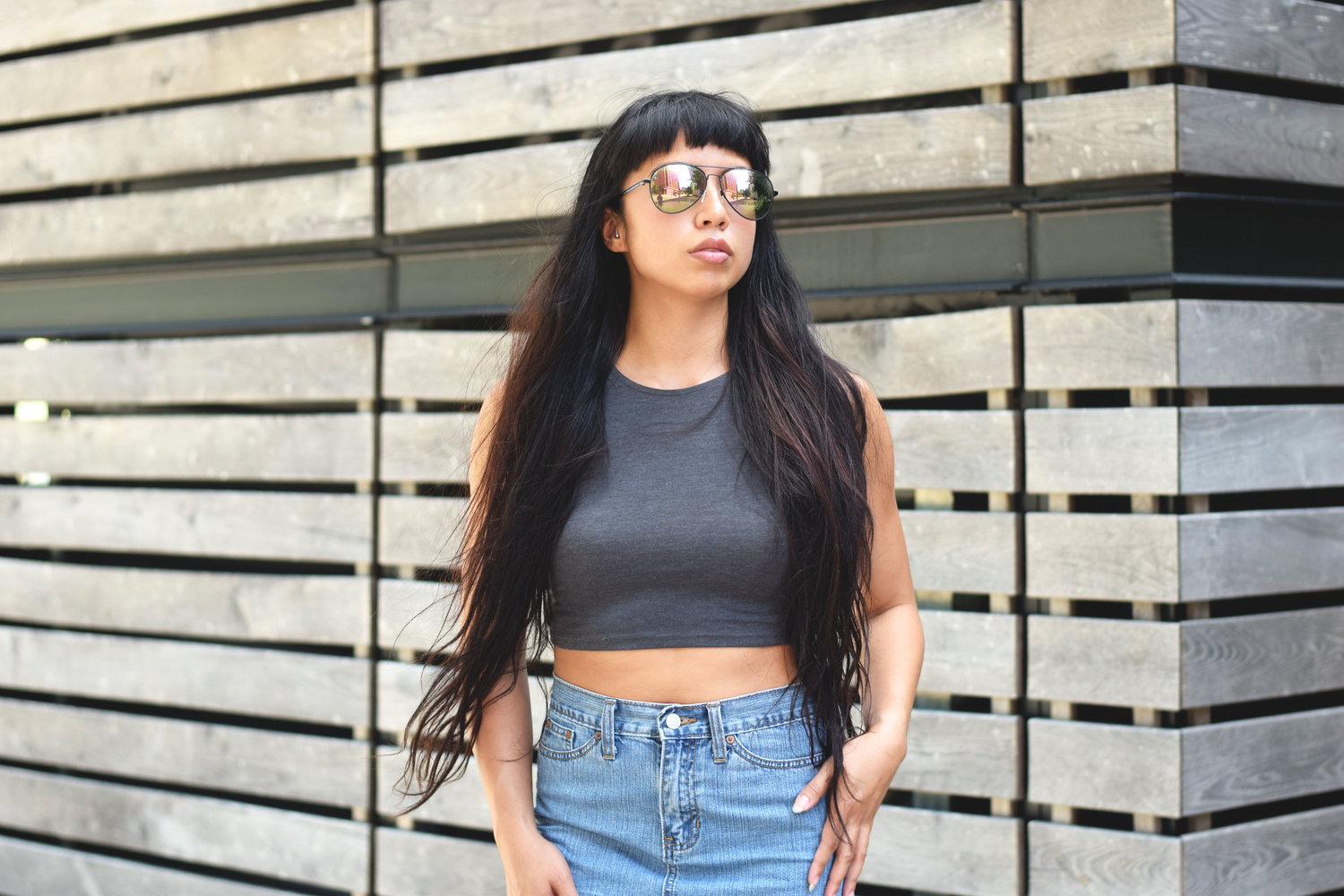 But just because you’re curious about something doesn’t mean you should forgo social norms and basic etiquette.

If I don’t know you, “Is that your real hair?” should not be one of the first things you to say to me.

If someone has freakishly blue eyes  à la Alexis Bledel, I wouldn’t ask, “Are those your real eyes?” Sure, they might be rocking colored contacts, but chances are they’re just blessed with mystifying, ocean-like pupils.

While it’d be nice to get pampered every day and have a hairstylist extraordinaire — looking at you, Jen Atkin — maintain my look with expertly inserted extensions, my budget has exactly zero dollars allocated for such an expense. I’d much rather splurge on bottomless brunch than fake hair.

Once, I was leaving a salon when a woman came up to me and said, “Your hair is so beautiful.” 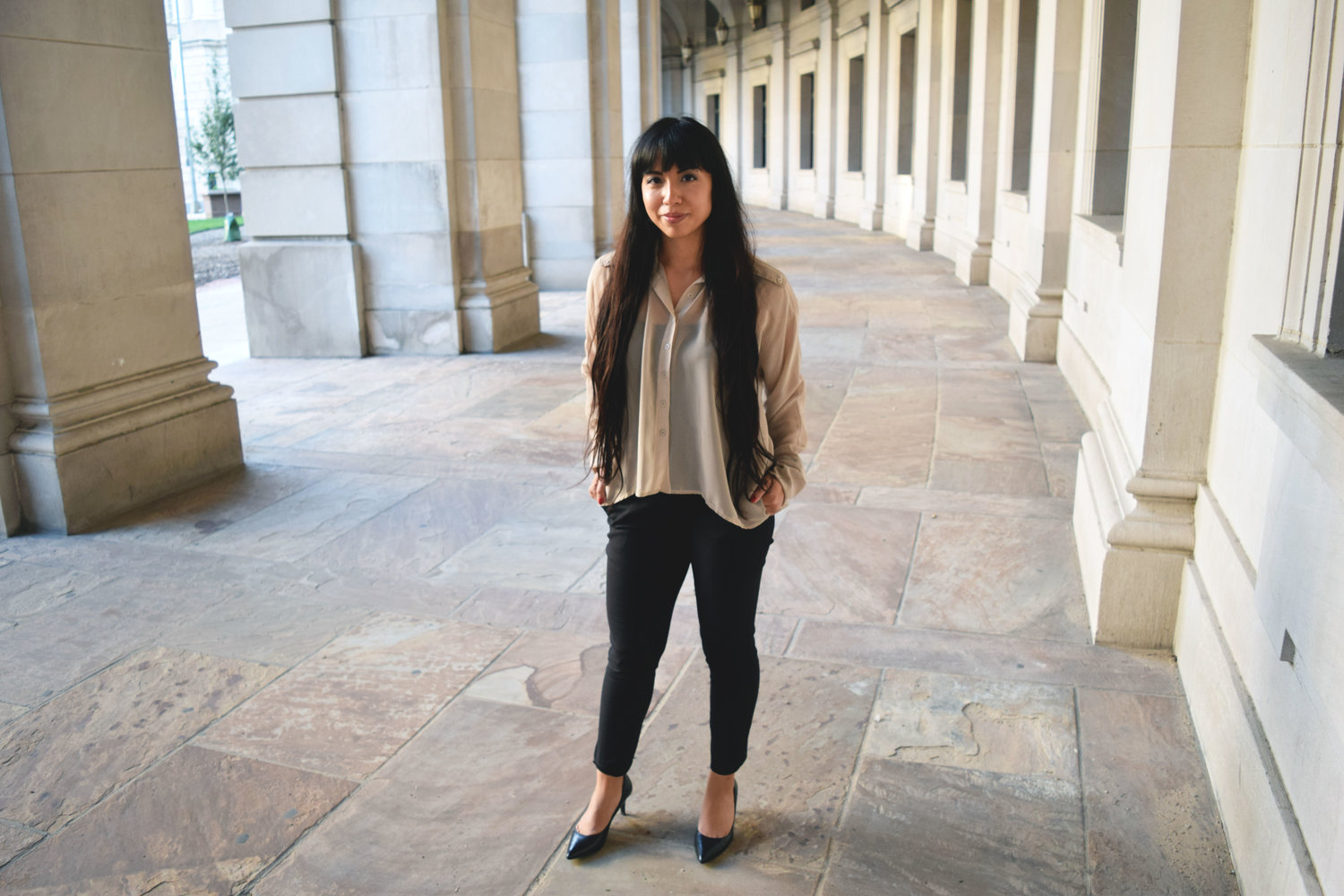 But before I could thank her for the compliment, she trespassed into my bubble, grabbed my hair by the ends and added, “Is it real?”

I half-smiled, sighed and responded, “Yes.”

If that weren’t uncomfortable enough, she then went on to ask, “Do you have any Asian in you?”

Um, excuse me, what? Although I understood what she was getting at, the phrasing was — needless to say — unfortunate.

I told her that yes, I’m half-Filipino, snatched my hair from her grasp, and walked out of there like my feet were on fire. 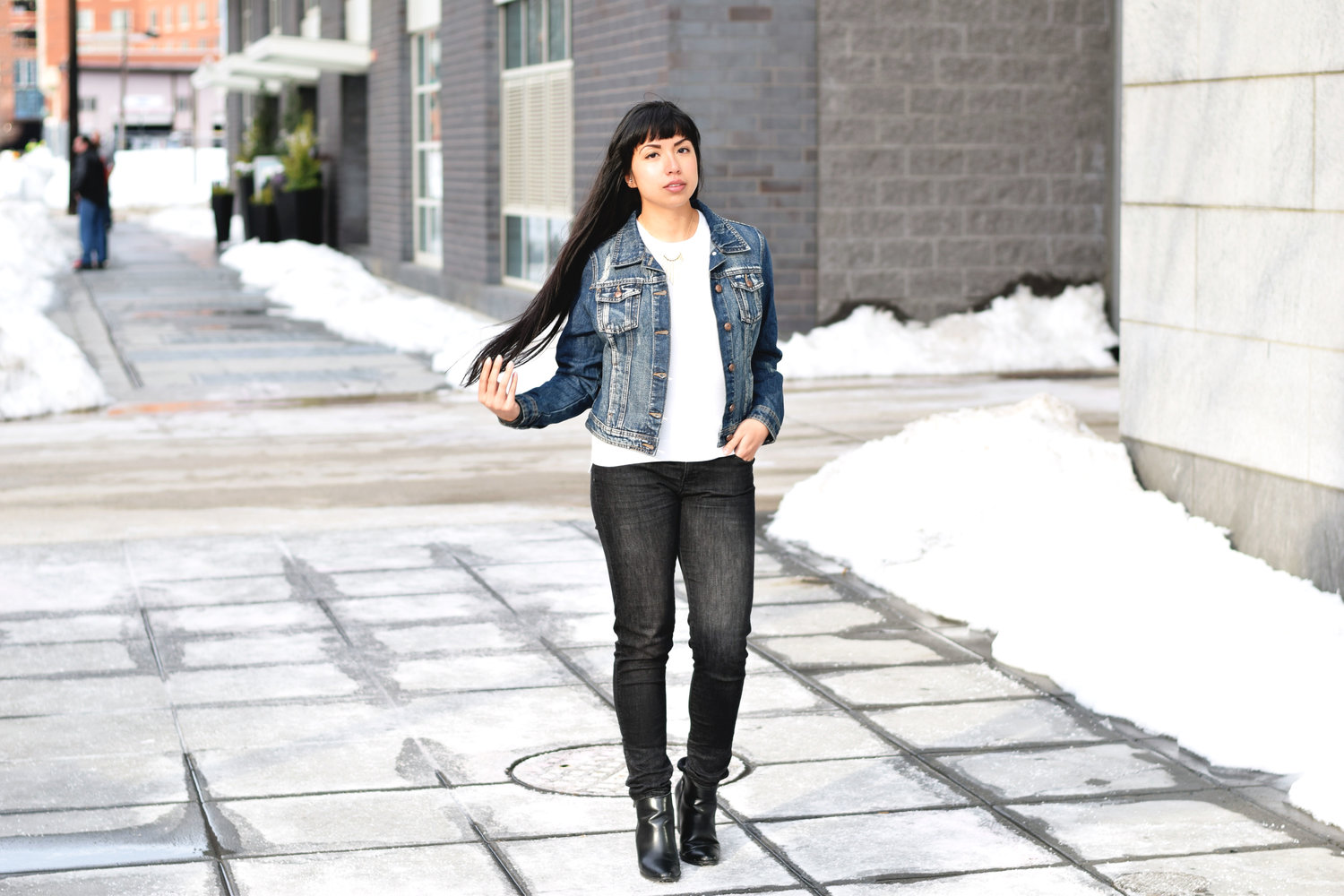 It’s one thing to ask if it’s real. That’s offensive enough. It’s a completely other thing to take it upon yourself to determine if it’s real by physically touching my hair — especially without asking.

And even if you ask, I will likely decline (politely, of course) because A) I don’t know you and B) I have no idea where your hands have been (I make no apologies for being a germaphobe).

But still — at least ask. Never, ever assume that you can just lay your hands on a stranger’s hair — or on a stranger, period. I don’t go around thinking that I have any sort of autonomy over anyone else’s body. Neither should you. 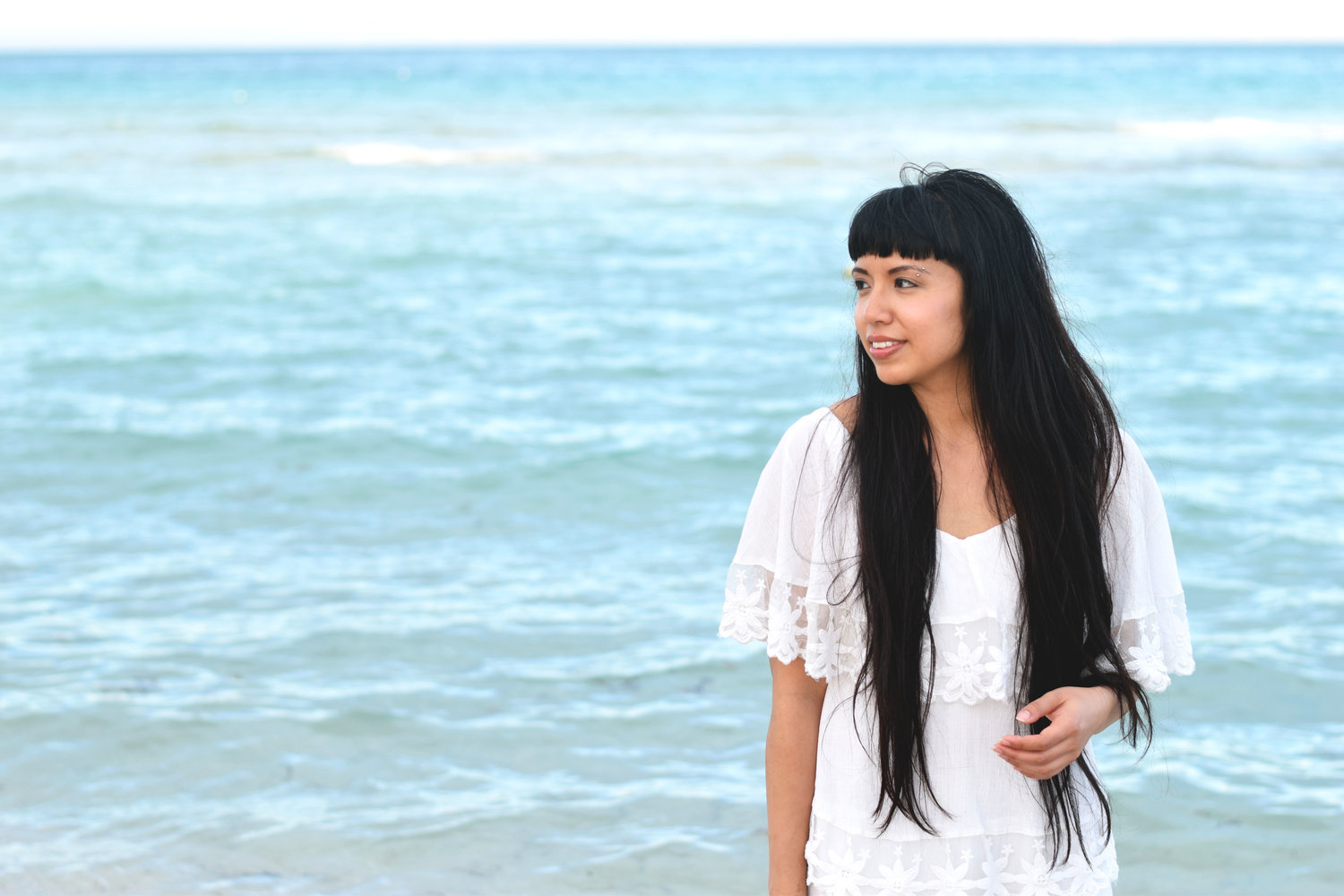 Whenever I’m asked if my hair is real, the follow-up question is usually something along the lines of, “What’s your secret?” — which is often asked in somewhat of a whisper, as if I have any actual mystical wisdom to impart.

“I dunno,” I typically respond, shoulder shrug and all. “Good genes, I guess.”

While that may sound like a cop-out, it’s true. My mother had hair that she could literally sit on when she was my age. My dad, in his mid-60s, has a full head of silver hair.

Saying I’m #blessed in the hair department usually isn’t the revelation the person is looking for, so if they persist — “No, really, what’s your ~secret~?” — I’ll just explain that it really boils down to being lazy. 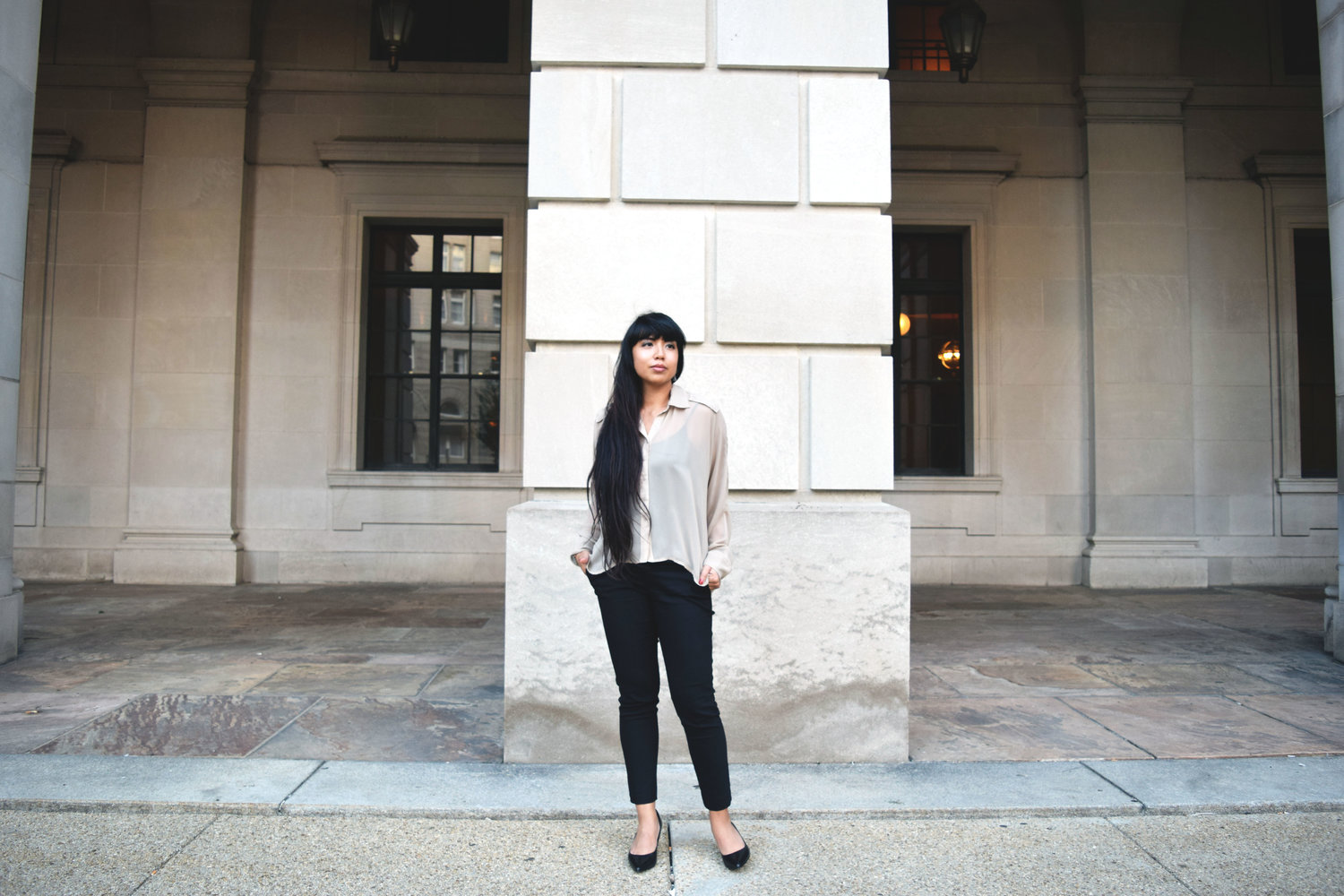 “I get it cut once a year,” I say, which is 100 percent truth. I know you’re supposed to do that whole get-a-trim-every-six-weeks thing, but that’s way too much effort (and money) for me. I never cut off more than three inches at a time, and I always have the stylist razor cut my hair to get rid of some weight.

A woman once witnessed the stylist hacking away at my hair with the razor, in total shock that I was letting long chunks of my black tresses fall to the ground. I overheard her telling her stylist, “I would never do that. Look at all that hair she’s losing!”

Listen, lady: Humidity and long, thick hair are archrivals. Until you’ve dealt with having super long hair in the dead of summer, you have no room to talk about my hair cutting decisions.

I wanted to say something like that. Instead, I just looked up at my stylist and said, “It’ll be back. It always comes back.” 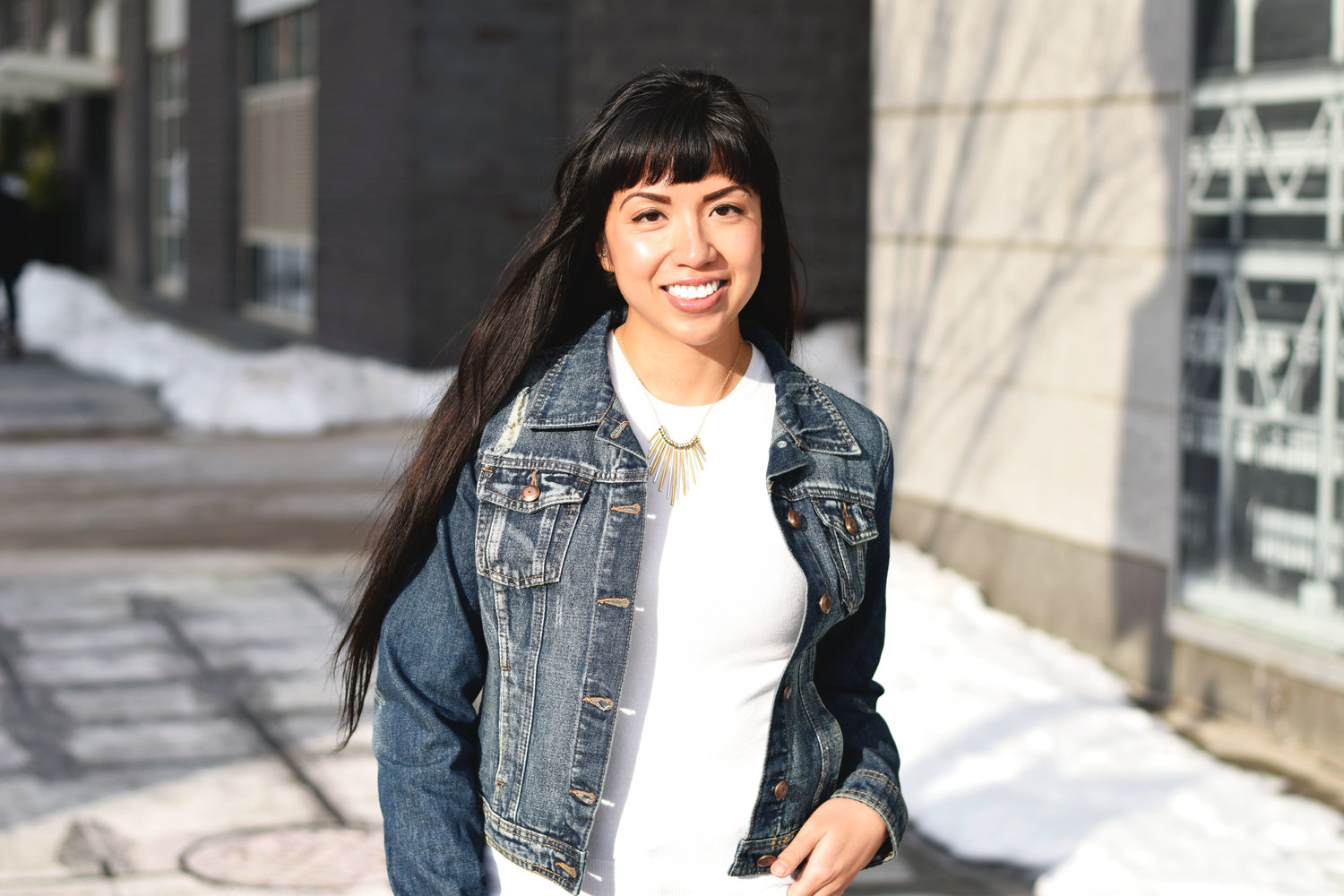 My other not-secret secret? I wash my hair about once a week.

Whenever I reveal this to people, especially to other women, they often tilt their head, confusedly curl their eyebrows, and/or recoil in disgust. How can I wash my hair so infrequently?

Well, it’s actually not that bad. For most of my life, I was a chronic hair washer. I washed it every day — sometimes twice a day. But when I dyed my hair red three years ago, I had to drastically cut back on the washing to preserve the color. While the first few weeks were pretty brutal, eventually my hair’s natural oils started to do their thing and I’ve been on the infrequent wash train ever since.

And that’s it. I don’t use any hair products except for detangler — absolutely necessary when you’re working with two-plus feet of hair — and hair spray as needed.

While the curious cats are usually disappointed that I don’t have a juicier formula to share, when it comes to the health of my hair, I’ve found that less is really more.

It could also be that I was a show horse in another life. But please, don’t treat me like one in this life.