Unless you live with your significant other, you’re probably not doing much kissing during the quarantine. So, to make up for our lack of lip-locking over the past few months, we’re living vicariously through old smooches in honor of International Kissing Day, which is today, July 6th.

Everyone has those kisses that they’ll remember forever—either fondly or with a shudder. From the setting to the person to the kiss itself, lots of factors play into whether a kiss is deemed swoon-worthy or cringe-worthy. Even the most perfect setup for a kiss—think dancing in a park at dusk—can be ruined by the attack of the tongue or too much saliva. Other times, the best kisses are totally unexpected and happen in the simplest moments, like when you’re waiting for the crosswalk light to turn.

Below, 12 women describe their best and worst kisses of all time—and although we’d rather relive movie-moment types of smooches, the embarrassing ones are making us LOL. 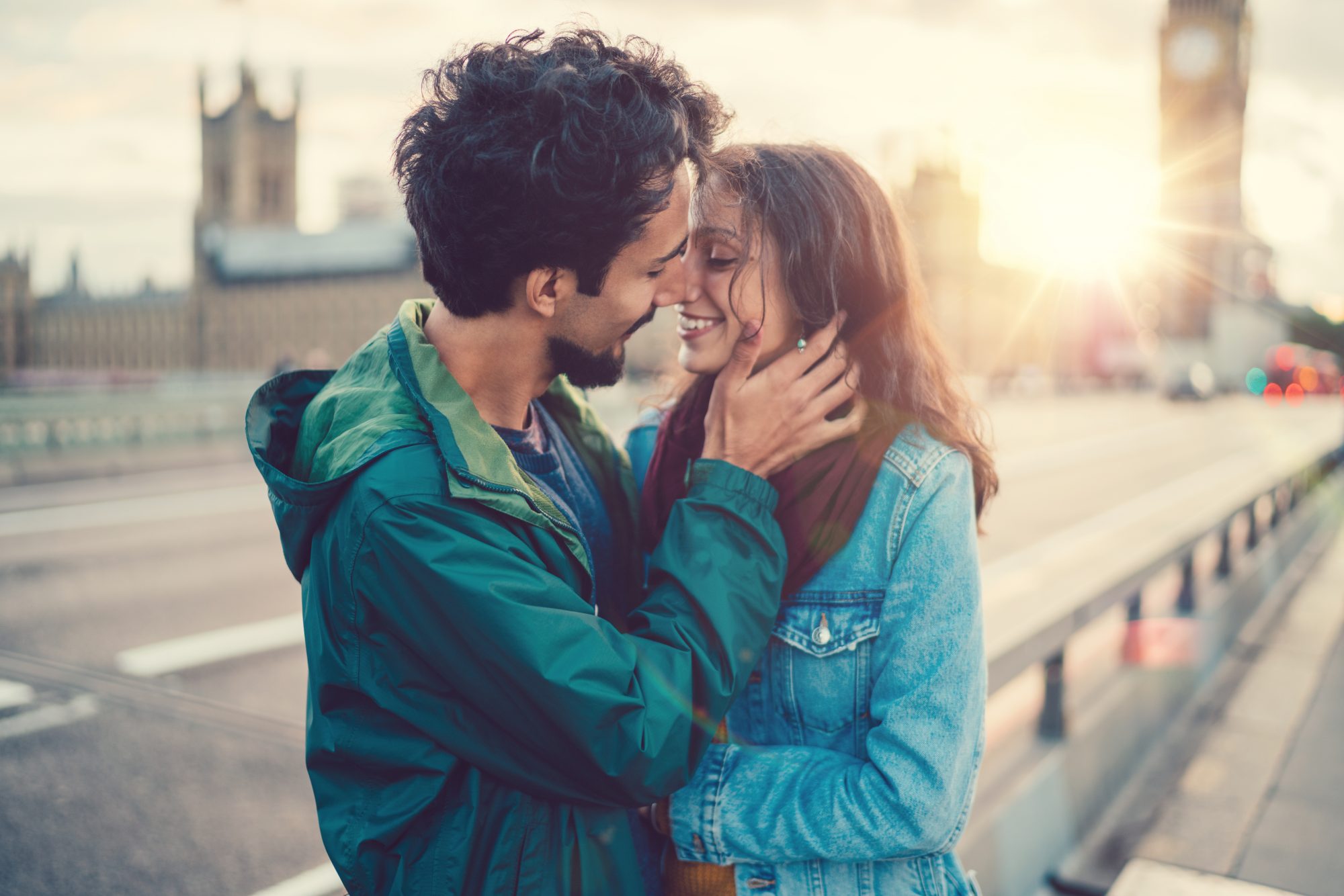 “I took myself to London when I was single, and I was having a drink and reading a book in the hotel bar. A group of Irish guys staying there chatted me up, and we were all just nailing the witty banter. One, in particular, hit it off with me. We were staying in the same hotel, so we took the elevator back up together. We pressed different floors, and his floor was first, but right as the doors opened, he said, ‘You’re a blast. Goodnight, love,’ and gave me a really nice, plain kiss that lasted not too long to be a makeout, not too short to be friendly.”

“It was 7th grade, seven minutes in heaven. Imagine that the guy was a frog and my tongue was a fly. It was this weird, methodical, in-and-out tongue thrust. It only lasted a minute, and then we talked in a dark closet for most of the rest of the time.”

“After a three-hour first date where we chatted nonstop over beers, my date walked me a few blocks to the subway. It was raining, and only I had brought an umbrella, so we squished together and he held the umbrella above our heads. When we approached the green street lamp marking by the stairs that led to the subway, he handed me the umbrella and ducked his head under it to kiss me softly. It was gentle but full of sparks and left me wanting more.”

“It would have been the perfect scenario for a first kiss—my parents weren’t home, I threw a party at my house, all the odds seemed to line up in my favor. When I finally got the chance to kiss the boy I liked, it did not go as planned. It wasn’t private at all, and the kiss was so slobbery that I could have mistaken him for a dog. At the time, I was just happy to have my first kiss out of the way, but looking back on it now, it was definitely one of the worst!”

Best: My first kiss with my now-husband

“It was homecoming week during our first year of college, and our fraternity and sorority were paired together. We had met earlier in the week and exchanged numbers. After texting all week, we made plans to meet up at a party after the Friday night events. After hours of talking, we decided to make our way to the campanile, where we shared our first kiss under the homecoming fireworks show. Our university has a tradition of kissing under the campanile at midnight on the Friday of homecoming. Legend had it, whoever you kiss under the campanile you’re destined to marry. Seven years later, we said ‘I do’ and are still going strong!” 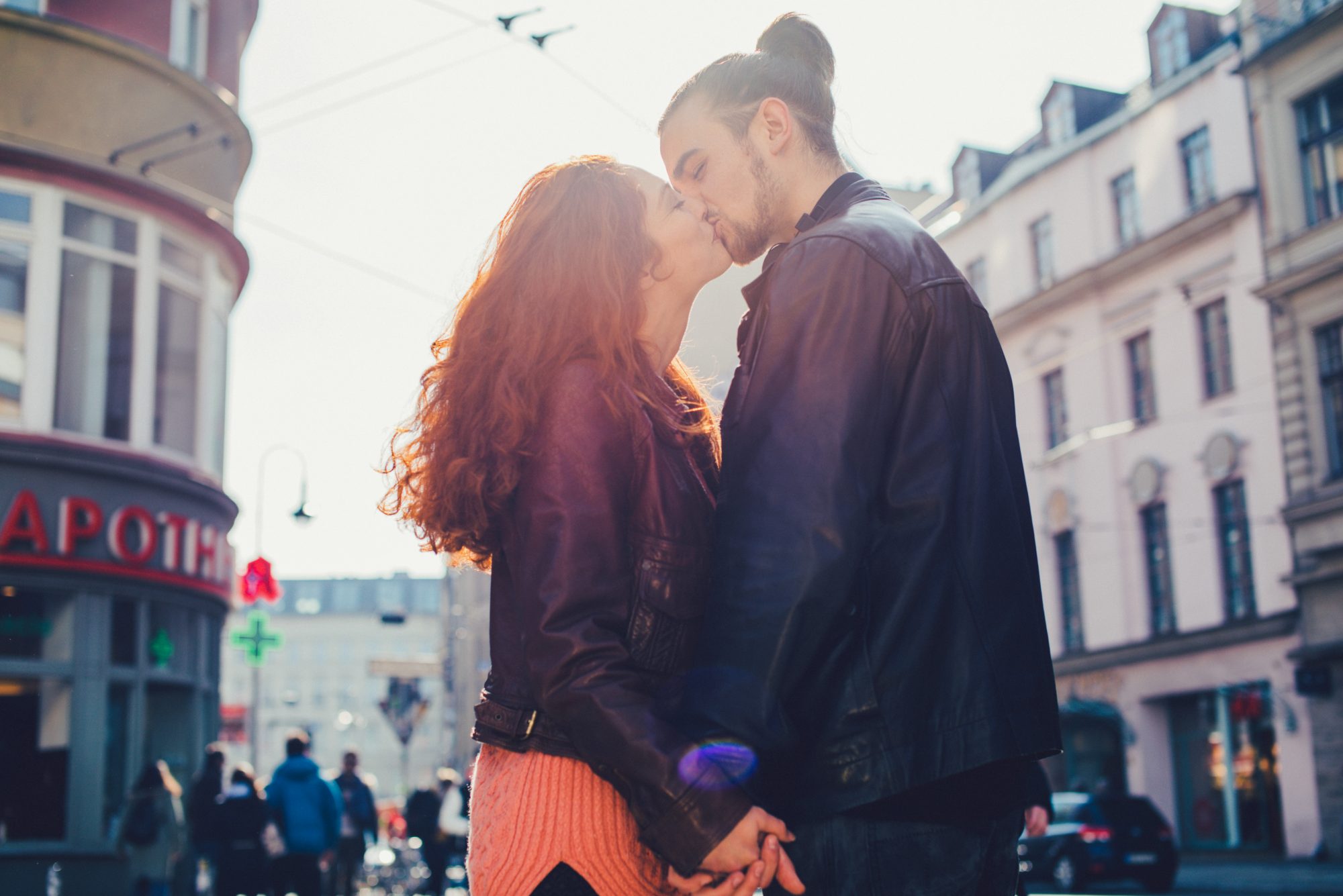 “My worst kiss was hands-down this frat boy that I dated last summer. It was after the third date, and he was dropping me off. He leaned in and covered half of my face with his mouth—like, I had to wipe my face off after—and then he said, ‘Well, I’m glad we got that out of the way.'”

“My best kiss happened on my first date with my now-boyfriend of two years. After spending an evening talking and getting to know each other over drinks, we decided to walk the late-night, bustling streets of New York City hand in hand. We walked about five aimless blocks before coming upon an exceptionally crowded Midtown intersection. There, just before the light changed from “stop” to “go,” he gently pulled in my hand that was holding his and kissed me. It was a quick and exciting peck that couldn’t have lasted more than a second or two, but it told me all I needed to know.”

“On New Year’s Eve in 7th grade, I stood in a crowd of 15 middle schoolers. When it was almost midnight, everyone circled around me and a boy and chanted, ‘Kiss, kiss, kiss!’ The guy took his gum out, held it in between his fingers, pecked me quickly, and instantly put the gum back in his mouth. It was caught on video.”

Best: A makeout in the rain

“After dancing together until the bar closed, we took an Uber ride to his apartment, where he quickly realized we were locked out. It was pouring rain, but making the best of it, he lifted me on top of the outdoor air conditioning unit and leaned in to kiss me. It was the perfect combination of sweet and passionate as the rain fell down on us.”
— Jen, 29 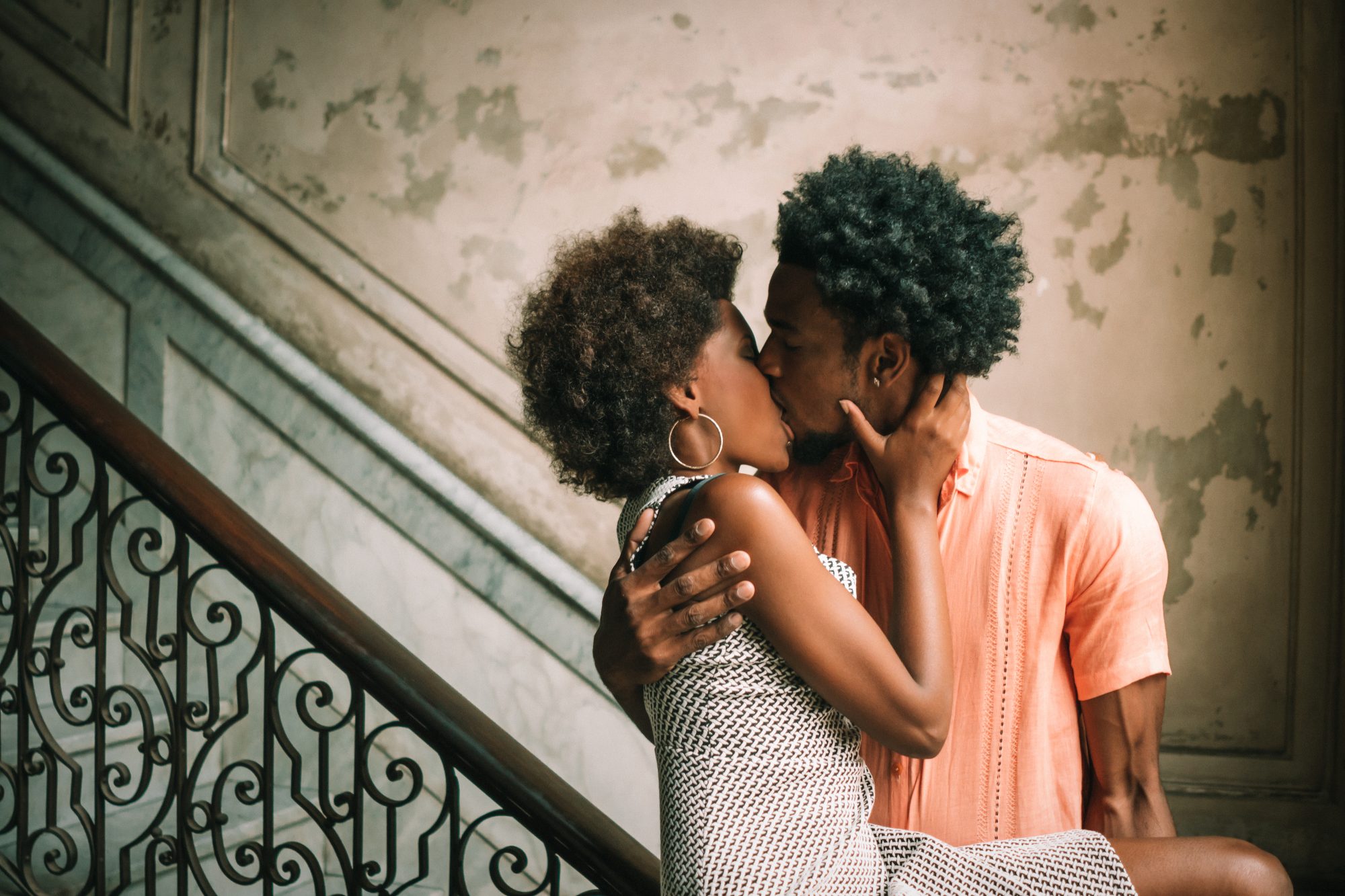 “When I was 15, I was hanging out with a boy who was just my friend, but we were flirty sometimes. He was ‘teaching’ me how to play a song on the guitar, and it had all the makings of a beautiful movie moment, but those hopes were dashed when he slammed his teeth into my teeth and then proceeded to lick them. Needless to say, that was the last time we kissed.”

“I met a guy on Hinge [who] wasn’t my usual type, but I went on a first date with him and figured out we had so much in common. On our second date, we walked along the river in Hoboken and sat at a bench overlooking Midtown Manhattan. We were talking and laughing, and then all of a sudden, we both leaned in. We definitely figured out there was great chemistry there immediately.”

“After a fun few hours laughing over drinks at a cool bar, my date and I walked several blocks to Washington Square Park. A live band was playing in the center of the park, so he took my hand and started dancing. He twirled me around, dipped me, and I thought, ‘This just keeps getting better.’ That is, until he kissed me. There was no easing into this kiss: He immediately stuck his tongue in my mouth, flailed it around in there, and then start[ed] biting my bottom lip. I instantly forgot all the great things about the date and decided the kiss was a deal-breaker.”

“During my junior year of high school, I met a guy I had been texting in person for the first time at a party. We had mutual friends in common, so we all hung out at the party. He was really awkward, but I didn’t really find that to be a problem at the time because the juices were flowing. We went upstairs and started making out—which really was just him pecking my mouth like a bird because he wouldn’t use any tongue for ten minutes straight. I ghosted him after that.”

“After a dinner date, this guy and I decided to head to a popular lake nearby. He led me down a trail that was pretty secluded, and it was getting late. He told me that when he was a kid, he was the ‘designated squirrel hunter’ in his neighborhood, and he would kill the squirrels for fun. I’m a big true crime fan, so I knew that killing animals is one of the three traits that serial killers have as children. So I was trying to find any excuse to get out of there, but he was oblivious, because right after he said that, he kissed me! It was about to rain (to make matters worse), so finally we walked back to the car. Needless to say, I didn’t go out with him again.”