I was a teenager when, one afternoon, I was groped and molested by a classmate after school. I was too scared to tell my parents what had happened. I was too terrified to go to my teachers — let alone to the police — to seek justice. To be honest, I was too confused to understand that I deserved justice. But I wasn’t too confused to understand that what had happened to me wasn’t right. I found the courage to share my experience with a mutual friend — someone I thought I could trust, someone I thought would understand.

A week later, I learned that my confidante and other classmates had made a list of all the boys I’d hooked up with. It was some kind of “receipt” of my promiscuity. Some kind of “proof” of my assailant’s innocence: She was asking for it. She deserved it. She knew what she was doing. She obviously liked it.

Just like that, I was on the side of the defense, rather than the prosecution. 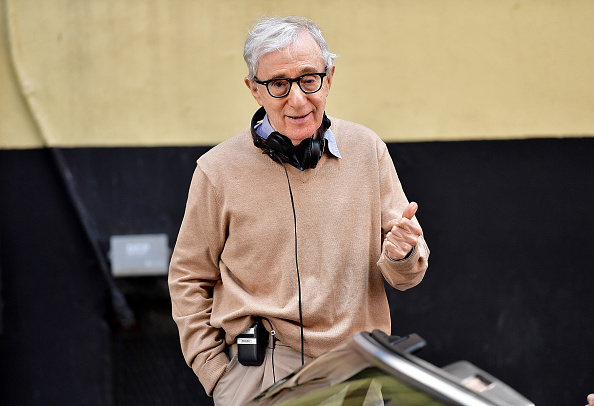 When director Woody Allen recently warned of the dangers of “witch hunts” in sexual assault cases, though, he wasn’t bringing attention to the damning effects of slut-shaming and victim blaming.

Instead, he used it as a shield to protect the sexual predators themselves.

In an interview with the BBC on Sunday, the controversial filmmaker professed his sympathy for the “poor women” directly affected by the growing allegations against Harvey Weinstein, but quickly undercut his compassion for the victims by expressing dire concern for the alleged rapist himself, as well as other potential abusers in the entertainment industry.

In his statement, Allen called the scandal “very sad for everybody involved” before going on to warn the public against passing judgement too quickly.

“You also don’t want it to lead to a witch hunt atmosphere, a Salem atmosphere, Allen told the BBC, “where every guy in an office who winks at a woman is suddenly having to call a lawyer to defend himself. That’s not right either.

After coming under intense scrutiny online, Allen released a follow-up statement calling Weinstein a “sad, sick man” before expressing confusion around the misinterpretation of his original comments.

For a man who has made his career telling stories — and thus is well aware that every word matters — you would think his wording would be intentional. You would think he’d understand that there is no confusion; we heard him quite clearly. 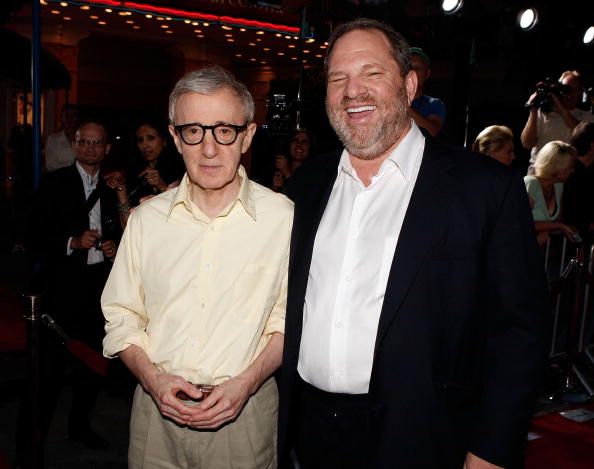 In his own words, Allen described the outing of sexual misconduct as a kind of “witch hunt,” and the irony of his word choice in the context of violence against women cannot be ignored.

Using a term whose roots lie in the Salem Witch Trials — one of America’s most infamously misogynistic historical events, one that claimed the lives of fourteen women — is no coincidence. Allen’s “witch hunt” defense casts doubt on the actual victims and protects true predators, as do all arguments that attempt to sweep sexual violence under the rug.

We see it constantly happen to survivors in the media and in the courtroom: Allen is implying that the rush of women recently empowered to come forward and seek justice for their own assaults should be questioned and not necessarily believed. He is asking the public to treat victims like potential perpetrators, guilty of untruths. He is suggesting we don’t take a victim’s words as fact, lest the reputation of a potential offender be ruined in the process.

In other words, he is asking that the status quo be kept the same. He is asking that our slut-shaming, victim-blaming society continue to scrutinize every victim who comes forward. Powerful men accused of assault would probably prefer the kind of witch hunt launched in Salem over three centuries ago — one that doubted women who “failed to uphold the community values,” often because they were sexually active.

But hunting men like Weinstein, who assaulted women for decades? Hunting a man like Allen, who has been accused of molesting his adopted daughter? Apparently, that’s what is actually dangerous.

According to men in power, it should be their alleged victims who are judged, blamed, and persecuted for all to see.

Unfortunately for Allen and powerful people in Hollywood and beyond, more and more women are demanding  justice through viral online movements like #WhatConsentMeansToMe and #MeToo. But unlike Salem, this “witch hunt” isn’t about tracking down the innocent. It’s about giving a voice to victims and providing support to survivors.

This “witch hunt” is about finally dismantling a system that allows power and influence to snuff out the truth.