I went into the movie knowing I would bawl hysterically through it again, and I did, so that was fun. But, upon second viewing, I also noticed a few ‘lil things I would like to share with you now. Maybe you missed them, maybe you saw them the first time around. Either way, it’s a nice therapeutic thing to talk about Wonder Woman as much as possible. It will also probably encourage the other, like, 10 people out there on the planet who haven’t seen the movie to snag tickets. I’m only doing this for the good of everyone.

1Steve Trevor learns more from the Amazons than he lets on

Know when Diana, Steve, and the rest of their gang are in Germany and in order to take out the sniper, Steve does that cool “shield” trick? First viewing I was like “uh, how did Steve know to do that with Diana? How did he know she could jump that high?” It was a little odd, and I was confused. However, upon second viewing, I realized that Steve actually watches Antiope do this on the beach. One of the Amazon warriors yells SHIELD, and majestic AF Antiope jumps through the air and fires *three* arrows into *three* different dudes at the same time. So that’s how he knew Diana could also perform this incredible feat.

Diana shows up in London, and immediately causes a commotion, as you do. While Steve is trying to handle everything diplomatically, Diana bursts into one of the Very Important Meeting Rooms that happens to be Filled With White Men. There’s a hush as they realize she’s in there, and the man speaking at the time – Sir Patrick – stutters a little as soon as he sees Diana. Since this moment takes place very early in the morning, we’re left to assume he’s simply charmed by her beauty and grace. HOWEVER, seeing it a second time, I realized he’s not stuttering because he’s startled to see a woman in the chamber. He’s stuttering because he realizes that this is Diana of Themyscira, aka the God Killer, aka the only person who can defeat him.

Oh no, Sir Patrick is scared.

3Steve looks at Diana just before their picture is taken, and hold on, I’ve got something in my eye…

After Diana saves the day, and saves the small told of Veld in Germany, a photographer asks to take the group’s picture. While he’s getting ready, and everyone is reading themselves, Steve steals the slightest glance at Diana, and a tiny ‘lil smile appears in the corner of his lips. BECAUSE HE IS SO PROUD OF HER, AND SO ARE WE. 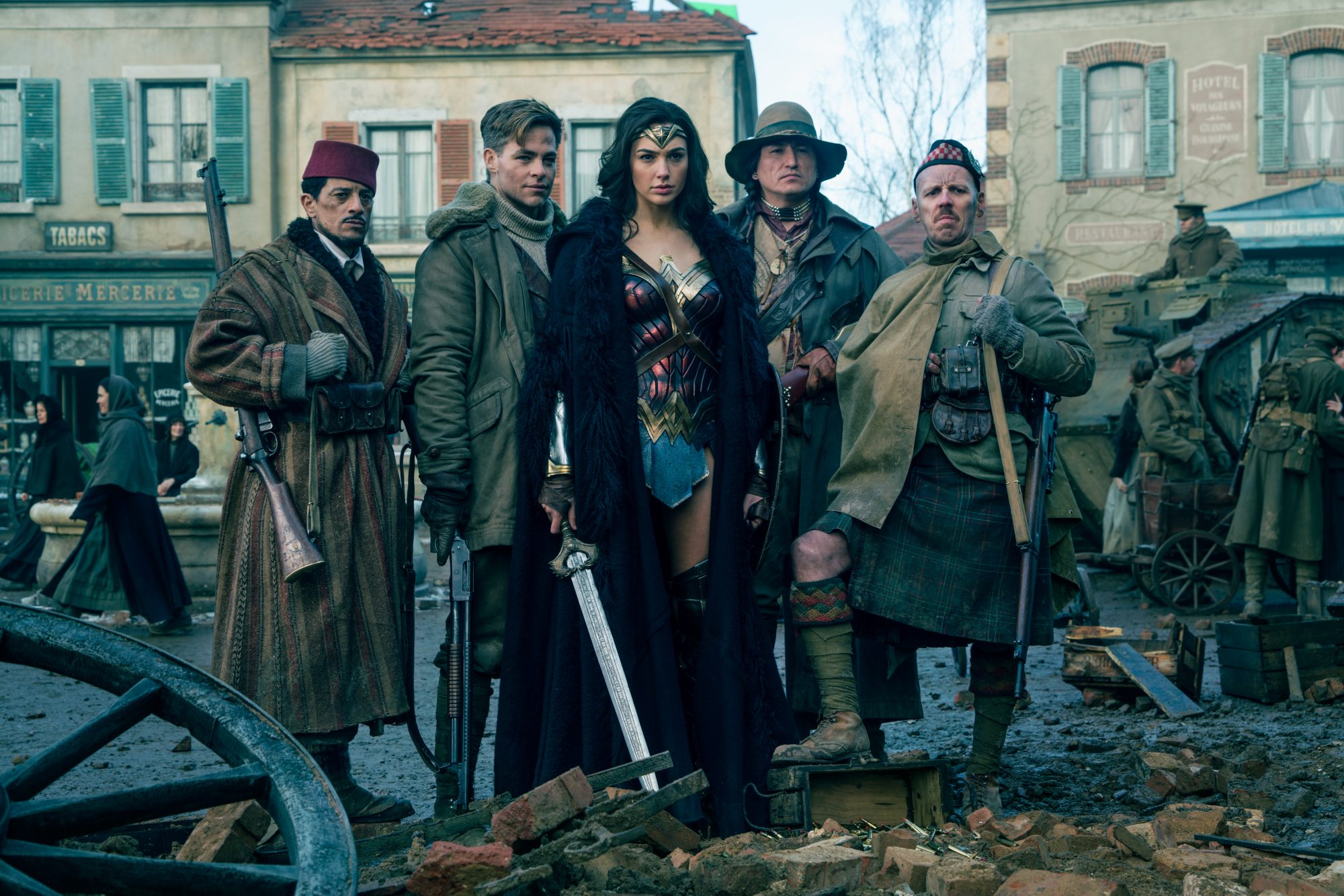