Since Sheryl Sandberg first told us to Lean In back in 2013, the ratio of women’s median earnings to that of white men’s continues to reflect pay inequality. As of 2016, women were making only 80.5 percent of male counterparts’ earnings for full-time work, according to the Institute for Women’s Policy Research. Despite the fact that women outnumber men in all areas of post-secondary education, they are still only making around 92 cents to every dollar made by a man, as noted in a February 2018 infographic from Georgetown University’s Center on Education and the Workforce.

April 10th marks Equal Pay Day in 2018, symbolizing how far into the given year a woman must work to earn as much as a white man. But equal pay conversations often erase women of color from the fight, so much so that many might not know that Equal Pay Day for Black women is actually on August 7th, 2018 this year. It takes that much longer for Black women to catch up to their white counterparts and earn a livable wage during the year. We need to stop centering white women in the wage gap discussion and start acknowledging the barriers that prevent women of color from making it to the top.

White and Asian women have made more strides in closing the gap with white men, earning 82 cents and 87 cents to the white male dollar respectively in 2015, according to a 2016 Pew Research Poll. On the other hand, unequal pay is worse amongst Black women and Hispanic women earning 65 cents and 58 cents to the dollar, respectively. At the bottom of the pay totem pole are Native women who work full-time, year-round, and net an average of 57 cents for every dollar paid to a white man, as reported by the National Women’s Law Center.

These numbers only account for conventional business industries, but what about women of color in creative industries — particularly those who are independent entrepreneurs or freelancers?

The amount of individuals who rely heavily on freelance income is growing, with more than one-third of Americans engaging in freelance work since 2014.  And most of that one-third consists of female freelancers. As of last year, self-employed female creatives are already making 32% less than male creatives, according to the business and networking platform, HoneyBook.

But what about female creatives of color in the arts, who are often asked to exploit their pain and oppression for pennies?

Writing may be the most notoriously underpaid form of creative labor. In 2017, a group of 38 freelancers sued Ebony magazine, many of them Black, alleging that they were owed an excess of $70,000 for unpaid work. Freelance journalist Cat DiStasio, who is white, tweeted “I am not the only one who is owed thousands by @ebonymag. I have spoken to at least half a dozen writers who have not been paid for 2016 work.” While she later received payment, many Black women freelancers don’t have the privilege of going public for fear of losing already limited opportunities. Writer Jagger Blaec’s essay for The Establishment examined why Ebony wasn’t paying its Black writers, and also revealed that Blaec had been offered hundreds of dollars less than what her white peers were offered for the same caliber of work.

Many women of color writers and creative freelancers are hired (if hired at all) to boost a client’s reputation by performing creative emotional labor and developing high-performing content around otherness — sharing their thoughts on the latest brand’s cultural style snafu or commenting on the fact that racism, unsurprisingly, still exists. And then they are underpaid (if paid at all) for that work — a reality which writer and editor Lara Witt explored in her essay “Women of Color Don’t Owe You Shit.” 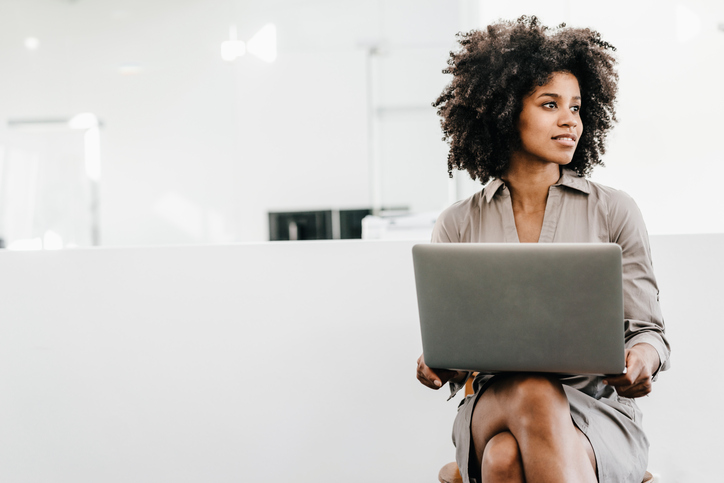 There is already a racial divide that exists in the freelance community — one that accounts for the lack of mentorship, the lack of representation, and the hectic job juggling that female freelancers of color have to navigate just to even consider pursuing freelance opportunities.

So what does this mean?

It means that when we have conversations about negotiating pay, we need to ensure that women of color know their worth in any industry so as not to self-sabotage chances at fair pay.

It means eradicating the secrecy that plagues conversations about job resources and rates in freelance communities, and we can begin by simply acknowledging that, in 2018, the fight to give women of color their just financial dues still isn’t over.