This is why women cut their hair after a breakup

Then, I went through a breakup, a horrendously bad breakup with my first long-term boyfriend that thrust me headfirst into things I was too young to understand. I was the worst version of myself, poisoned by a sadness that even going off to college couldn’t quite shake.

I was somehow convinced that those long nights on the phone and horrible insults thrown back and forth were still hiding in the strands of hair that had been there with me during it all. No matter what state I moved to, what person I kissed at a party, those memories were still tickling my back, still tucked behind my ear, never fully allowing me to let go.

“Make it short,” I said, probably for the first time ever, while sitting down at the hairdresser during my first Thanksgiving break. What I was really saying was, “Make me better.”

Many people, a lot of them women, use haircuts as a marker of change. When my friend realized it was time to break up with her boyfriend, she cut all of her hair off in her dorm room in a panic. When Mia Thermopolis in The Princess Diaries realized she was royalty, her frizzy mane was tamed into shorter, straight tresses. There are countless movies with big makeover montages that often serve as transition sequences. Act one, things were bad. Act two, now they’re good. It’s a scenario that hairdressers, who are often the ones executing the life-changing haircut, see all the time.

“Women don’t often come right out and say it,” explained Joseph, a hairdresser at Salon V in New York. “But hairdressers can often sense that there’s something more than a haircut happening here.” Joseph referenced a Lenny Kravitz quote as he gave my own locks a trim recently. “I needed to change my energy, so I cut my hair,” Lenny told Billboard back in 1998. “Now, I’m growing some new energy.”

Even if you don’t believe in energy, per se, long hair can still represent a past that we would prefer to put behind us. “Dramatic hair changes are a way of shedding the past and moving on,” hairstylist Eloise Cheung, who travels all over the world cutting hair for clients, told HelloGiggles over email. “We’re on a mission to create a new and better version of ourselves and a fast and easy way to do this is by cutting our hair and/or changing our hair color.”

Your appearance can hold the burden of the person you used to be and psychologist Dr. Patricia A. Farrell agrees that hair is one of the easiest ways to make that shift. “Hair is one of the most important aspects of our expression of who we are and who we want to be seen as,” she explained. “Dramatic haircuts would indicate a wish to make a drastic change and then fit into that new persona we’re creating.”

Dr. Farrell underscored how often in these moments of change, we’re searching not for a new look, but a whole new life. It’s hard see our locks as “just hair” when it feels like “the very soul of my being.” So, whether it’s over the course of a few weeks or all in one day, we get the chop. It’s satisfyingly instant. We leave the salon feeling lighter both physically and mentally.

However, hairstylist Eloise warned it’s important to remember that your hair will be different, but your problems aren’t. She said:

Yes, the novelty of the new ‘do will wear off. You will still be fundamentally the same person, even with shorter hair . . .

. . .  until you’re not. Because there’s another meaning behind these haircuts, and while a break up might be the catalyst, blogger Ella Dawson knows that it’s about so much more.

“When I looked in the mirror last Sunday morning, I also saw an old self I’d outgrown: the ex-girlfriend,” she wrote in a post titled “Why I Cut My Hair.” “My long hair was another attempt to hang onto what was, to the loves I refused to let go of because because they meant validation. Validation I don’t need anymore.”

I know this type of haircut, too, as well. My second big haircut happened four years after the first; I grew through college and the hair grew with me. By the time I moved into my first apartment after graduation, the very hair I kept blowing away from my mouth was the same that had grown from my roots as I unpacked my bags into my first dorm room, that grazed my chin the first time I told someone, “I love you” and meant it, that my friend braided the morning I woke up and realized that person was no longer going to be there. I had lived a whole lifetime with my hair. I was ready to be someone new. 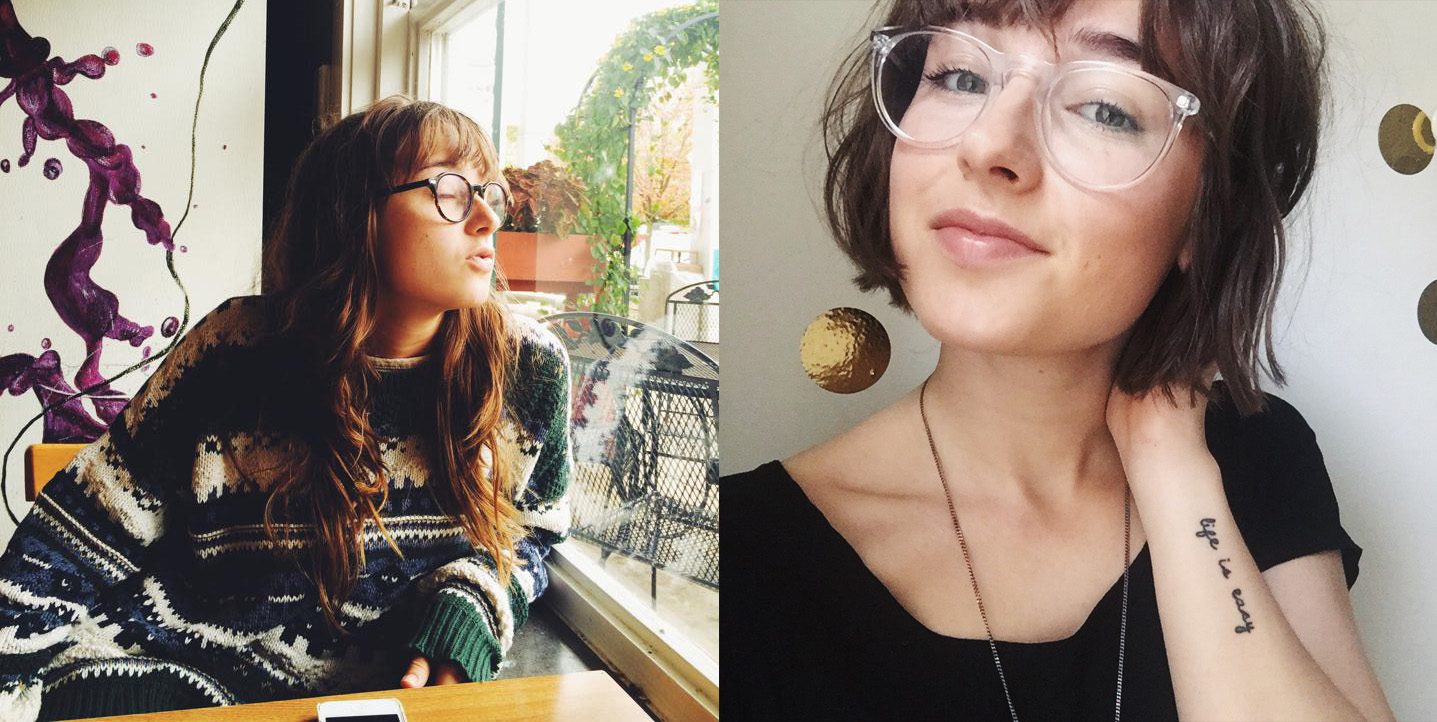