Can we talk about how awesome the women characters in “Westworld” are so far?

Two weeks ago, Westworld debuted on HBO and we became immediately obsessed. Our questions abound: what’s the deal with the increase in hosts’ nightmares? And what exactly is the maze? Regardless of the answers, we are hooked. We will be talking about this show for a very long time. So, we thought it’d be good to talk about the awesome (and incredibly badass—if not downright frightening) female characters on our new favorite show: Dolores, Maeve, Elsie, and Theresa. 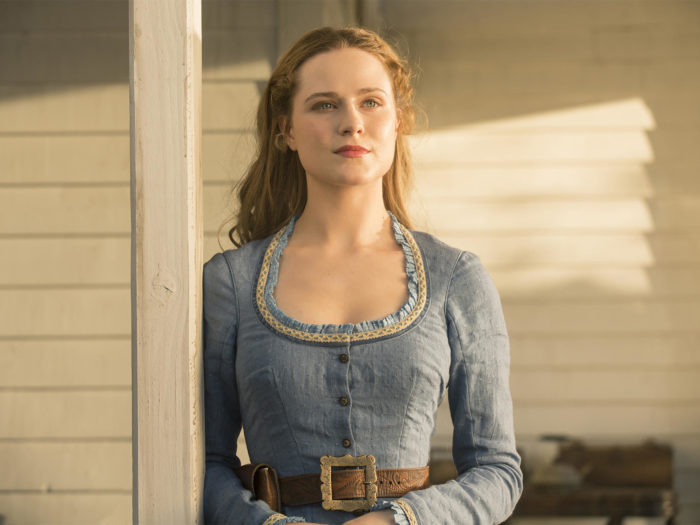 Dolores (Evan Rachel Wood) was the first “host” we met in the world of Westworld. You might say she was our “host.” At the end of the premiere we learn that Dolores is not only important to the creators of Westworld (perhaps too important?) she’s the oldest robot in the park! This means poor Dolores has experienced multiple story lines as many different characters, which stands to reason her “nightmares” (vestiges of her past lives) would be even more harrowing than poor Maeve’s.

Dolores is the sweet and timid (with slightly artistic ambitions) farmer’s daughter who must relive the same storyline over and over, even if she hasn’t figured that out quite yet. The end of the pilot has Dolores killing a fly, which has been pestering the robots within the park without being hurt, due to the hosts’ supposed inability to hurt any living creature. This is a huge moment.

As Romper points out:

...Not only is she very aware of the annoyance, but that she’s succeeded in killing a living thing, which all of the robots in Westworld are programmed not to do.

It seems we’ll learn even more about Dolores in the upcoming episode “The Stray,” Dolores’ character will be undergoing some emotional changes. The synopsis, which was shared by CarterMatt, reads: “Elsie (Shannon Woodward) and Stubbs (Luke Hemsworth) head into the hills in pursuit of a missing host. Teddy (James Marsden) gets a new backstory, which sets him off in pursuit of a new villain, leaving Dolores (Evan Rachel Wood) alone in Sweetwater. Bernard (Jeffrey Wright) investigates the origins of madness and hallucinations within the hosts. William (Jimmi Simpson) finds an attraction he’d like to pursue and drags Logan (Ben Barnes) along for the ride.”

In the episode’s trailer, Dolores is described as “not like the others.” At the very end, Dr. Robert Ford (Anthony Hopkins) questions Dolores in his lab:

“Tell me, Dolores. If you did take on a bigger role for yourself, would you have been the hero or the villain?

We guess we’ll have to wait to find out her answer! 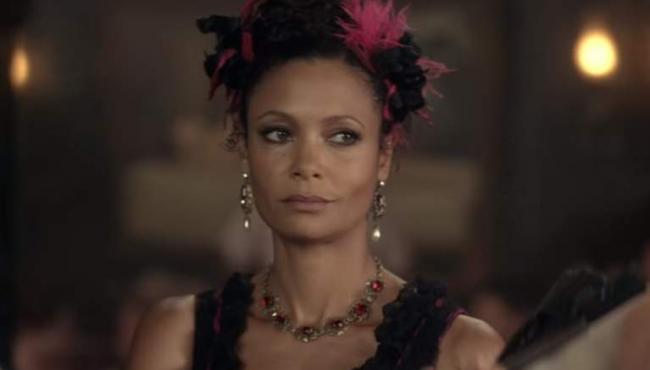 Maeve (Thandie Newton), aka the hostest with the mostest, or the hooker with a heart of gold, had quite the storyline in the second episode of Westworld. In the first episode, Maeve is introduced as the lead prostitute at the saloon. But when she has an unfortunate run-in with Dolores in “Chestnut,” and Dolores passes on her father’s words: “These violent means have violent ends,” Maeve begins remembering her own set of memories. This, of course, adds to the “contagious” concern Elsie shared with Bernard back at headquarters, except it’s not air-borne, it’s thought-borne. We learn that in a past life Maeve had a daughter and that she watched her loved ones get scalped before her eyes. We also learn that she, too, has had a terrible run in with the Man in Black. 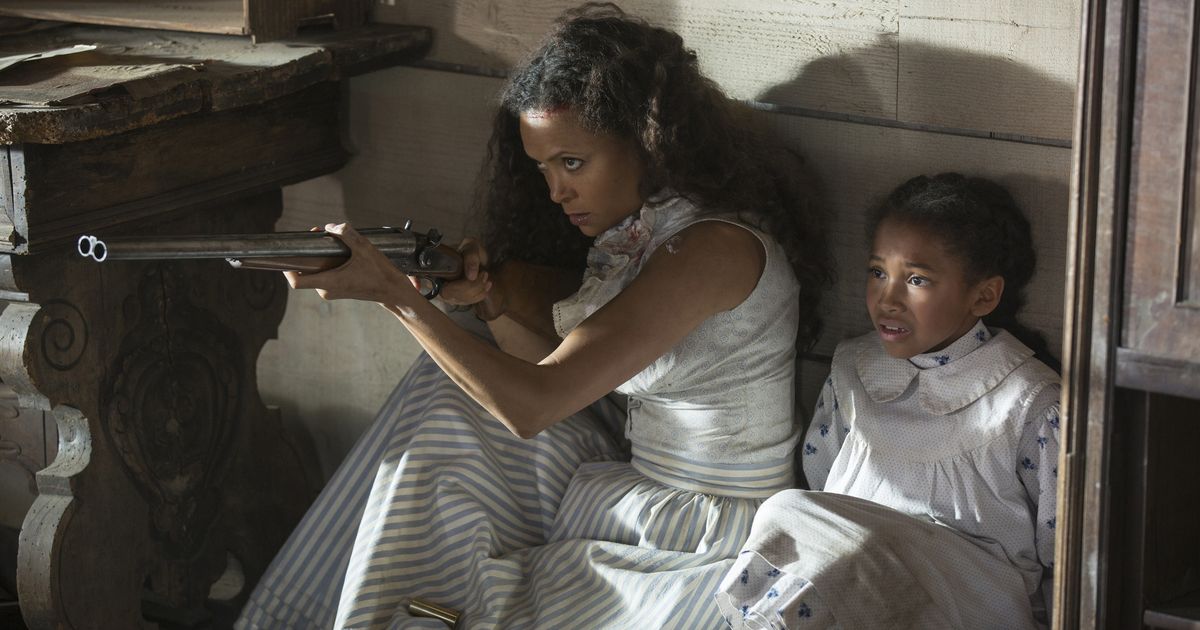 Of course, Maeve continues to have terrible run ins, which include her “waking up” back at headquarters as men operate on her stomach. By running around the “maze” of the headquarters, she realizes the horrible truth of her existence. Talk about a nightmare. One from which she’s starting to wake up. And we have a feeling she won’t take her new reality sitting down. 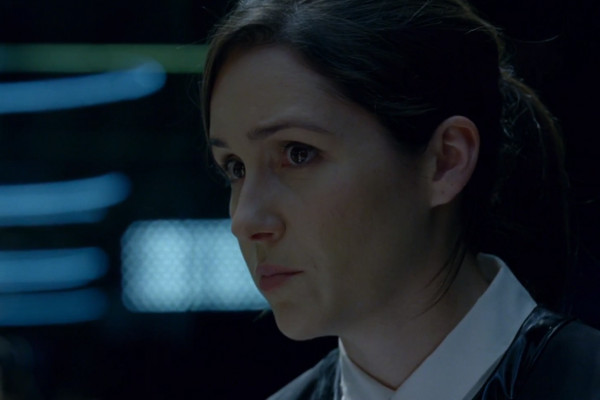 We don’t know a lot about Elsie (Shannon Woodward), other than she’s a rising star and scientist behind the scenes at Westworld. She also has a soft spot for her robots, as evidence by her kiss of Clementine and the fact that she won’t let Maeve be discontinued. We hope her character becomes an even more important part of the show’s storyline. 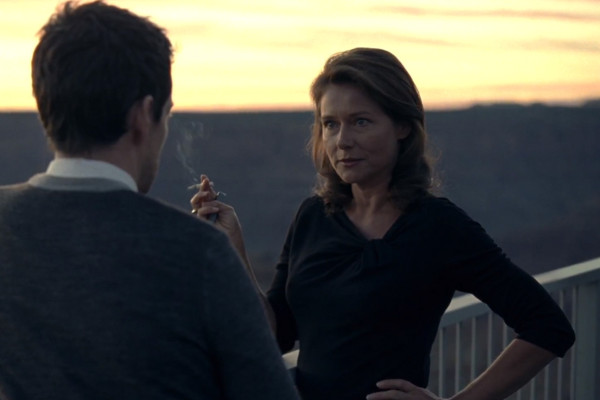 Theresa (Sidse Babett Knudsen) takes “lean in” to a whole new level. She’ll “lean in” and bite your head off. As the person in charge of Westworld’s Quality Assurance department, Theresa has a lot on her plate. (And we have a feeling her plate will only grow more full as the robots continue to gain sentience.) Theresa is decidedly unromantic (and downright cold) about the park, its employees, its guests, or its robot hosts.

As Decider notes, Theresa "has a keen eye for the personal politics that lie just below the surface."

We have to say, we’re anxious to see how she’ll handle what appears to be an approaching disaster. We think she’ll definitely kick some ass. But can she handle the ire of Dolores and Maeve and hundreds of other mistreated sentient robots? Like so many other pressing questions we have about this awesome show, we’ll have to just wait and see.