This woman asked her boyfriend to get her some new leggings, and things went horribly wrong

Let’s be real: When it comes to shopping for their girlfriends, how often do guys get it right? Throw in a request for a pair of leggings and watch things get really bananas. That’s what happened when Taylor-Anne Gallagher, a U.K.-based student, asked her boyfriend, Tim Goddard, to pick up some new leggings for her at the mall.

What was supposed to be a fairly easy errand turned out to be anything but for Goddard. As his hilarious texts with Gallagher prove, the struggle was real AF.

Luckily for us, Gallagher posted a series of LOL texts on social media that document Goddard’s struggle to shop for his girlfriend’s leggings.

“There’s so many different types of leggings,” wrote Tim. “Why? For what reason?”

He continued, “I fail to understand the need for eight thousand different types of black leggings…I’m feeling overwhelmed. No wonder the number of women with anxiety is on the rise.” (ROFL!)

Not surprisingly Gallagher’s tweet has so far received over 10,000 retweets, because everyone knows boyfriends don’t know how to shop for their girlfriends. It’s basically set in their DNA or something.

Check out the full text meltdown. This deserves a literary award. 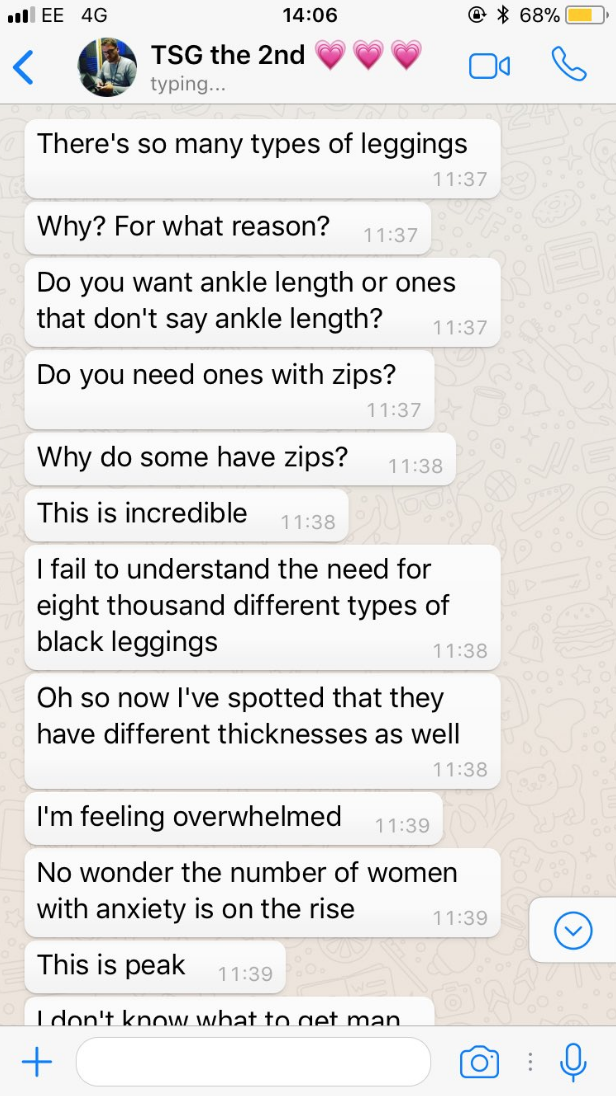 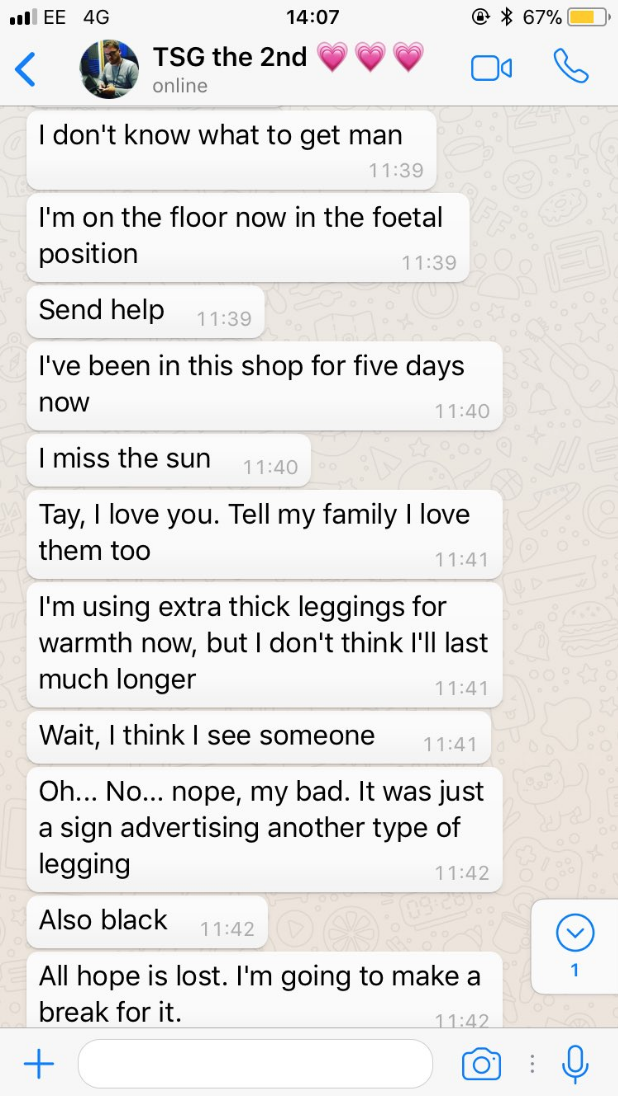 In response to Gallagher’s tweets, other girlfriends responded back with their own horror stories of boyfriends having meltdowns in malls.

And if you’re wondering whether Godard is still in the fetal position? Worry not. He made it out alive — and with the leggings! Phew.

These two. Too adorable for words.

Boyfriends. At least they give us something to laugh at, right?