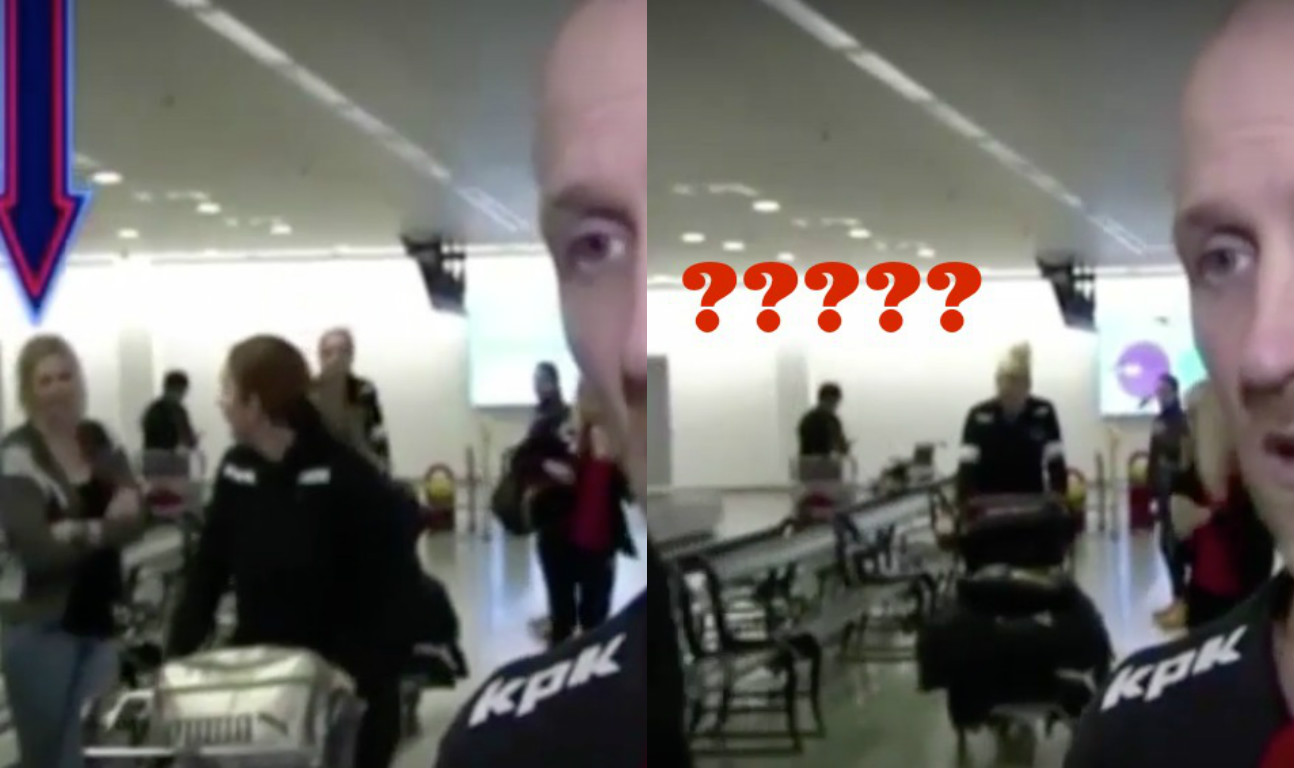 Now you see her, now you don’t. On St. Paddy’s Day, a video of a Norwegian athlete giving a Sports Center interview started making the rounds, causing people to freak out. The interview itself isn’t why — it’s what’s happening in the background. Take a look to see what we mean.

Where did she go?? What happened? We want to know as much as those Sports Center anchors, who clearly really, really want to know.

Of course, as Uproxx points out, the most logical explanation is that the woman happened to walk in just the right direction at exactly the right speed so as to be completely hidden by her friend, who passes by in front of her and blocks her from view. That’s no fun though, so let’s look at the other possibilities:

She has an invisibility cloak

This woman, clearly knowing she was on film, clearly chose that exact moment to throw on the cloak so she could mess with us all.

She has Alex Mack powers

It always took Alex but a moment to dissolve into a puddle — just the same kind of blink-and-you’ll miss it moment we have here.

She stepped into a wormhole

Sure, a Norwegian airport isn’t the most obvious place for a wormhole, but that’s the beauty of wormholes — they’re never where you expect. This woman is probably in a whole other dimension, trying to kick off a series of events that will ultimately lead her back to the wormhole.

She was abducted by aliens

Uproxx suggested this one, but frankly we think it seems a little farfetched.