Why “Three Billboards Outside Ebbing, Missouri” is so controversial

The premise of the film is that the teenaged daughter of Mildred Hayes (McDormand) was raped and murdered. Seven months later, no justice has been served. Mildred then decides to rent the space on three billboards by her house that say, “Raped while dying,” “And still no arrests?” “How come, Chief Willoughby?”

Except Chief Willoughby (Woody Harrelson) is beloved in the community and dying of cancer. His reputation is in stark contrast to police officer Jason Dixon (Rockwell), who — before the events of the film — had tortured a black man in police custody. Later, he targets Mildred’s friend and coworker Denise, who is black, by arresting her to get to Mildred. Dixon is an uneducated bigot — he also says slurs against homosexuals and little people — whose only good qualities are his devotion to Willoughby and his mother (and even that’s debatable).

The town of Ebbing seems to be full of intolerant and prejudiced people, including other main characters. But it’s the fact that the racist police officer Dixon is not held accountable, and eventually has a slight redemption arc in the film, that has people upset.

Another issue people have with Three Billboards Outside Ebbing, Missouri is its portrayal of race. There are only three black characters with speaking roles — and they seem to be (mostly stereotypical) props to move the story forward for the white characters. So even though the film currently has a 93% “fresh” rating from critics on Rotten Tomatoes, not everyone in the media industry has approved of its storytelling.

BuzzFeed wrote, “What happens when your resonant dark comedy about female anger is also a lousy one about racism?” Pacific Standard called it “hopelessly bad on race.” The Washington Post said the film “didn’t need its racist cop.” And Gene Demby of NPR has been vocal about his issues with the way the film handles Dixon and its black characters on Twitter.

Dixon’s racism is not the main point of the film, but that it’s not more thoroughly addressed bothers some. Other commentators think the film would have fared better without Dixon being racist, considering that the film doesn’t handle it well enough for it to be included.

Director and writer McDonagh — who also directed and wrote In Bruges and Seven Psychopaths — told the Los Angeles Times about “making a film about race and policing in this current cultural climate”:

"I think we got to say an awful lot about it that isn't being said and that hasn't been said. It might not end up on a perfect plate for everybody but I think it's coming at it from an interesting angle. And I think there are other truths expressed in other films this year, so again I would defend every line." 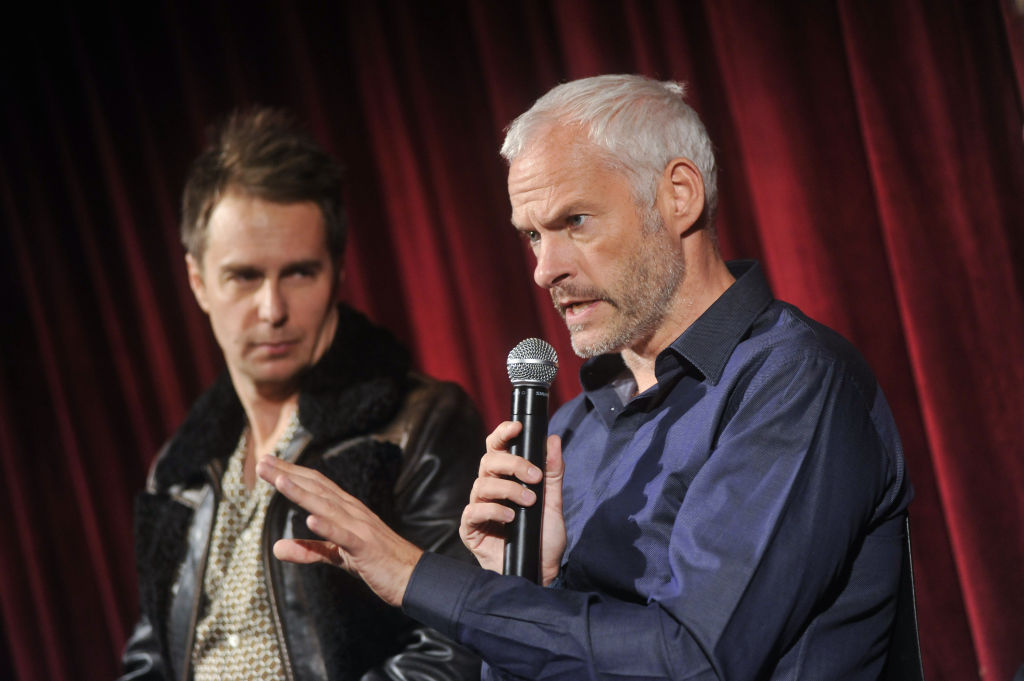 So the filmmaker is standing by his work, and it’s to be seen if the criticism will impact voters during awards season. But if Rockwell wins Best Performance by an Actor in a Supporting Role at the 2018 Golden Globes (or if the film wins Best Motion Picture Drama), you can expect the dialogue surrounding Three Billboards Outside Ebbing, Missouri to only intensify.