The Great Barrier Reef is in serious trouble right now. A study published yesterday, April 18th, suggests that climate change is the cause, and the gradual death of this ecosystem could have a devastating impact on the planet as we know it.

The Great Barrier Reef is the world’s largest coral reef and considered one of the seven wonders of the natural world. According to UNESCO, it contains about 400 different types of coral, 1,500 different species of fish, and 4,000 varieties of mollusc. This makes the reef one of the most biologically diverse places on Earth, and it harbors many endangered creatures like green sea turtles and dugongs.

But the reef does more than protect animals. Coral reefs are living organisms, and they play a crucial role in our environment by recycling carbon dioxide in the atmosphere to create their hard skeletons. In other words, like trees, coral reefs help slow climate change.

These ecosystems also protect shorelines by acting as a buffer between rough weather and the coast. As the National Ocean Service notes, without this barrier, homes close to the ocean could be damaged in storms or even by normal waves. false

The rich environment of coral reefs has also helped scientists make important medical advancements. According to the Nature Conservancy, the study of marine life has enabled the development of treatments for diseases like asthma, soft-tissue sarcoma, and certain lung cancers. Scientists are also reportedly using bivalves like clams to study the aging process, and molecules in certain aquatic invertebrates could have anti-viral, antibacterial, and anti-tumor properties. 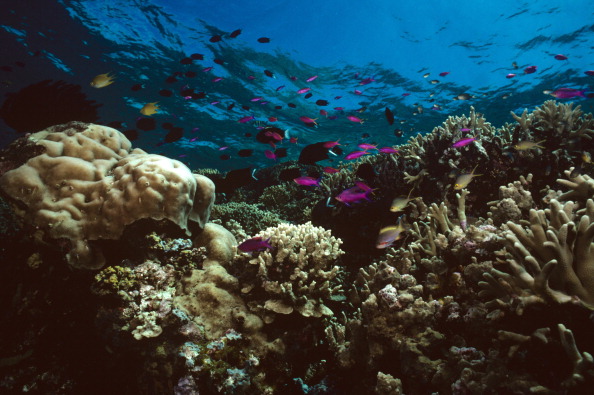 As more and more coral in the Great Barrier Reef dies, the planet edges closer to losing all of these benefits. And sadly, these organisms are dying at a breakneck pace. According to The Atlantic, high water temperatures in the summers of 2016 and 2017 have caused half of the reef’s coral to perish.

The loss of the Great Barrier Reef would be catastrophic for the Earth, and it’s important that we do all we can to protect it. If you wish to conserve this natural wonder, consider donating to the Great Barrier Reef Foundation. Climate change is real, and it is causing more and more damage. We need to find a solution before it’s too late.