This question doesn’t bother me now, but it used to terrify me. My mom is white and my dad is Black. People who haven’t met many biracial people sometimes think I’m white because of my skin tone. In middle school, I feared what might happen if my classmates found out I was Black.

My middle school and high school classmates made racist comments in front of me because they thought they were in the presence of only white people. One classmate claimed that he checked the room before saying the n-word. Another told me he enjoyed laughing at “stupid Black people” in reality shows. I stayed silent. I’m privileged in that my ambiguous appearance protected me from violence, but the comments were still hurtful.

In college, I grew extremely proud of my Blackness.

I became “that person” who “makes things about race.” Now, my career involves writing about racial justice. I make it a point to mention my race soon after meeting people, not as a disclaimer but as a declaration of pride. The last thing I want is for people to be unaware of my #BlackGirlMagic. However, that pride recently threatened to dwindle away.

“It’s embarrassing. You lost, get over it, I overheard a woman say a couple of days after the 2016 election.

I was standing on the train platform in my largely white and Conservative town, so this utterance wasn’t surprising.

As a biracial Black woman, I was already feeling alone, and hearing this was not helping. 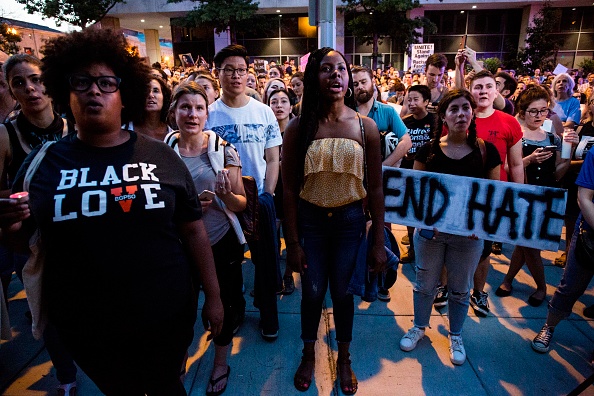 According to the Southern Poverty Law Center, 202 hate crimes happened throughout the country the day after Trump was elected President. Ten days after the election, that number grew to 867. Properties all around the country were vandalized with racial slurs and swastikas. A white man yelled hate speech at his Black girlfriend. Muslim women wearing hijabs were faced with large quantities of hate speech. Black freshmen at my alma mater, the University of Pennsylvania, were added to a racist GroupMe in which they received threats of lynching. I began to fear for my wellbeing.

The strange thing about being racially ambiguous is that you don’t know when to be afraid. Not only do you have to figure out if the people around you are racists, you also have to figure out if they know that you’re one of the people they hate. My experience is one of privilege compared with the experience of someone who is more “visibly Black.” Still, the week after the election, my otherness began to bring me fear instead of pride. I’d look at the people around me as I waited for the train each morning. I’d wonder how they perceived my textured hair and rounded features.

Am I really the proud, enlightened, “woke” person that I claim to be? I thought. What would my ancestors think if they could read my mind?

That Friday, I stayed late at work because I dreaded going back to my town. On the train, I sat next to a Black woman in hopes of unspoken solidarity. A young white woman a few seats away talked loudly about how she almost fought someone who didn’t support Trump. I looked at my phone to try to relieve stress. All I saw were disheartening Facebook posts. Soon, I realized that I had gotten on the wrong train despite doing this commute every day. The woman next to me helped me get on the right train. I could have been imagining it, but she seemed to understand why I was in such a state. I switched trains at a station with a large Black population. It was one of the few places where I felt safe.

The woman who helped me get on the right train was a perfect reminder of the strength that Black people have when we come together. Because of her, I remembered exactly why I love my Blackness.

So I called my Senators, and when they didn’t answer, I called a local representative. I started expressing my Blackness through thinkpieces, poetry, and social media. Whenever I felt afraid because of my Blackness, I wrote about my Black pride instead. Writing is my way of healing and my way of making change. I now realize that these two go hand in hand. 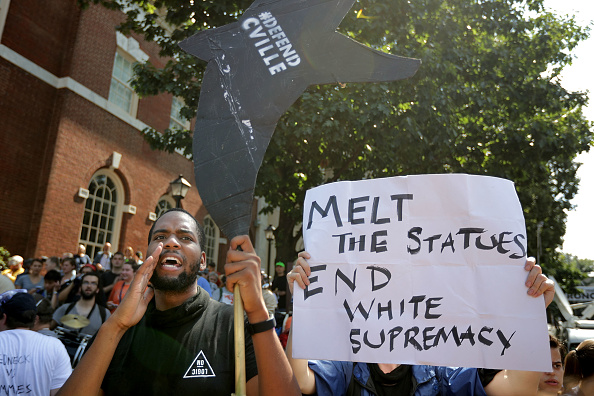 Anti-racist protesters were viciously beaten. James Alex Fields Jr., who had been marching with the white supremacists, purposely drove his car into a crowd of anti-racist protesters, murdering Heather Heyer, 32, and injuring 19 others. It took Trump two days to finally condemn white supremacists, racists, and Neo-Nazis after intense backlash — only to defend the alt-right protesters in a press conference today. Witnessing extreme bigotry in our country is painful. But I will use this hate as fuel, pushing me to love myself and my identity even more.

No matter how afraid this country makes me, I’ll never let one of the most incredible things about my being go unnoticed. I will not throw the weight of my strength and intellect behind a phony white identity.

I am a strong Black woman who will fight for the rights of myself, my family, and all other oppressed people. When people see me, I hope they realize that I’m Black. I hope they see the resilience that comes from the centuries of oppression my ancestors endured. My pride in my racial identity will not be compromised by any bigoted people — on my commute, in the White House, or anywhere else.