Why ​”Grey’s Anat​omy” is more important than ever

Like many young women, I started watching Grey’s Anatomy when it originally aired back in 2005. Unlike many young women, I’ve stuck with the show for all 13 seasons. (Alright, there was that time between like 2010 and 2015 when I sort of forgot the show existed.) But I decided to give it another go because I was feeling sad and nostalgic and wanted to be consumed by a good story.

When I first watched the show as a teenager, I was admittedly much more obsessed with the relationship drama: McVet (remember him?) vs. McDreamy, George’s painfully awkward fixation on Meredith, Cristina’s unwavering independence, Alex’s succession of nurses and Izzie’s obnoxious tendency to fall head over heels in .2 milliseconds.

Yet when I rewatched the show, I began to notice more meaningful plot points.

In Season 1, Episode 2, Meredith is tasked with handling the aftermath of a rapist gravely injured when his victim defends herself during the assault. Meanwhile, Izzie treats an undocumented immigrant without insurance in an alley behind the hospital. 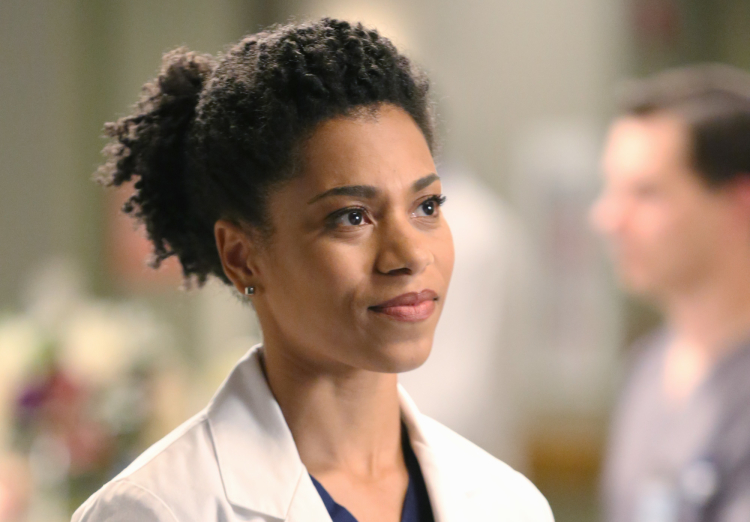 Amid the unrealistic plane crashes (yes, there were multiple) and tragic deaths of many of the main characters (I mean how many losses of friends and family can Meredith possibly endure!?), the subsequent seasons continue to explore very real issues of race, gender, sexuality, class, religion and more.

Season 12 was especially bomb.com (not literally…the bomb-in-the-body-cavity was Season 2, duh). Usually as a TV series ages, its content begins to flop, but Grey’s remained as hard-hitting as ever.

In Season 12, Episode 7, Maggie discusses experiencing both racism and sexism in the workplace as a woman of color. Many patients and even fellow doctors look to the men or white women in the room for medical advice, despite the fact that Maggie is their superior.

Amelia is doubtful that such racism exists at Grey Sloan Memorial, so she asks Maggie if her behavior has ever been racist. Maggie replies, “If you feel uncomfortable having done it, check your white privilege and don’t do it again.

While the conversation was incredibly awkward and I felt like screaming at Amelia several times, it was also incredibly important. Too often, white people tiptoe around the issue of race, not realizing that by avoiding the topic they’re perpetuating the issue.

In Season 12, Episode 9, Meredith begins her usual voice-over intro by stating that men are statistically more likely to speak up and interject. Shortly after, Meredith is brutally attacked by a male patient in a fugue state. This episode forcefully portrays how difficult it is for women in the workplace. Even if we can get past the men who are literally yelling over us, there’s always the possibility of them physically overpowering us.

Thankfully, Meredith’s closing voice-over ends on a hopeful note. When Meredith’s attacker choked her, he caused severe damage to her trachea, which resulted in Meredith losing her voice for most of the episode.

The episode ends with an onscreen shot of Meredith’s tracheal scar while she narrates, “Find your voice. And when you do, fill the damn silence.”

As women, we have a lot working against us. But we do have our voices. 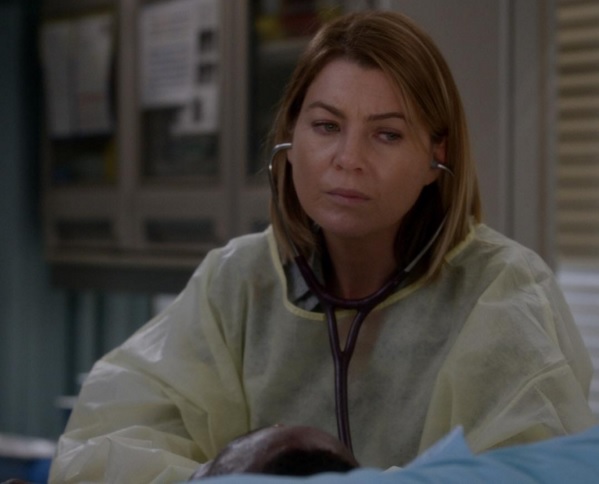 When Shonda Rhimes’ Grey’s Anatomy first aired, it was lauded for its racially diverse cast and was well-received by critics, winning several awards.

Yet, more than a decade later, the show is more important than ever.

Yes, there are finally some fantastic shows created by and starring women, people of color and the LGTBQ+ community (Insecure, Atlanta, and Transparent to name a few), but Grey’s Anatomy’s importance lies with its ubiquity.

As a procedural drama on a major television network, the show draws a significant number of viewers (its one of the most popular ABC shows with millions of viewers per episode) and is one of the highest-rated dramas in the 18–49 demographic. While I would like nothing more than shows like Atlanta and Transparent to reach a large viewership, the probability of that is unlikely considering their fringe humor and niche network hosts.

As a mainstream TV show, Grey’s Anatomy has the power to reach millions of households — white households — and confront them with issues they don’t encounter on an everyday basis.

As we enter into Donald Trump’s America, it’s more important than ever to keep President Obama’s parting words in mind:

“If our democracy is to work in this increasingly diverse nation, each one of us must try to heed the advice of one of the great characters in American fiction, Atticus Finch, who said, ‘You never really understand a person until you consider things from his point of view...until you climb into his skin and walk around in it.’

One surgery at a time, Grey’s Anatomy is pushing us to walk around in the skin of those our country has systemically marginalized and open our eyes to injustice.

Grey’s Anatomy returns to ABC on January 26th at 8 p.m.