As I write this, I am on borrowed time. I borrowed it from my employer, who allowed me to be home today without losing any take-home pay. Had they not approved my time off, I would have had to shovel out $100 for drop-off childcare, plus the cost of an Uber to bring my sleepy 6-year old home. This time that I borrowed, by the way, is not being used for a weekend excursion in the Hamptons or a day of relaxing poolside or brunching with friends. My time off is almost always for my son. Doctors appointments, early dismissal days, school meetings, and field trips. I know that as an unmarried, co-parenting, working mother, my reality could be a lot more complicated—but it could also be less complicated. I wish I could call my mom and demand she explain why I wasn’t properly warned about what motherhood would look like in 2019, but the fact is, millennial motherhood hits a little different.

Scrolling through Instagram, it’s easy to fall in love with what motherhood looks like. Matching baby outfits and cute family photos and first steps. Partnering with someone you love to create a family. It is a life-changing and beautiful experience that everyone who feels ready should feel empowered to embark on. But motherhood is a far cry from an adorable photo. Instead of feeding into the fairytale, I think it’s time we got very real about what motherhood is—especially for women who are still a few years away from entering that phase in life.

The way I experience motherhood in 2019 is very different from how my mom experienced it back in 1995, or my grandmother back in 1965. And every millennial woman I know with children under 18 says the same thing. 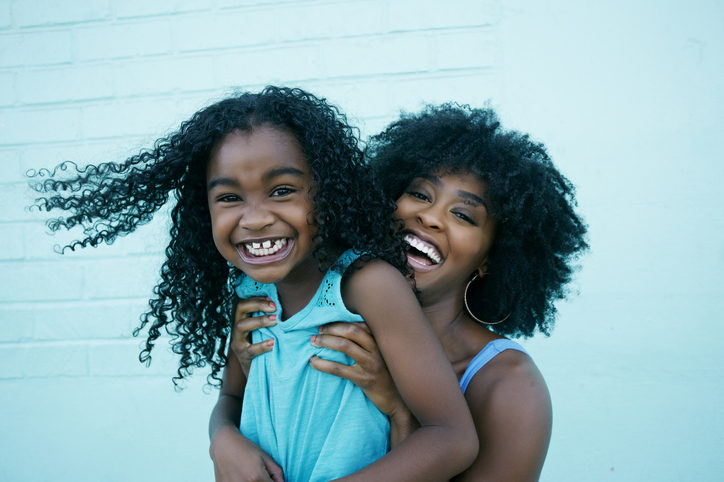 We have no blueprint for this version of parenthood, and no idea how this process will turn out. It’s a different world, and one that seems to have less and less space for families. For example, there are more single parents now than there were when our parents were raising kids. According to a 2016 Census report, 68% of families with children under 18 consist of married couples. When our grandparents were raising kids, that number was around 93%. That means the work of keeping a family healthy, safe, and happy lands on the shoulders of one adult in the household instead of two—and often that person is the mother.

Women are also having babies later in life. For the first time in U.S. history, many women are waiting until after their 20s to have children. This is great for financial preparedness and family planning, but it also makes for interesting work environment for moms like me. As a 35-year-old mother with an elementary school-aged child, I am a minority. I am more likely to be the only parent my age at work, and more likely to work under a manager who can’t relate to my family’s needs. Combine that with the “work until you’re dead” culture that is perpetuated through unhealthy standards, and you have some serious issues that generally fly right under the radar: knowing you’ve been passed up for a promotion because you can’t stay in the office past 5 p.m., being left out of team building activities because you need to pick up your kids after work, or assumptions about your priorities once people find out that you’re a parent—let alone a single one. These are eerily similar to the discrepancies women in general fight in the workplace, and we experience it all over again if we are mothers. No one warned me about that either.

Not to mention, in the ’90s, more families could get by on one income. Despite cost of living increases, our dollar just does not stretch as much as it did a decade or two ago. The Census Bureau reported that the average home in 1998 cost around $171,000. That same house today would be about $100,000 more. Gentrification has spiked the cost of living in major cities across the country, forcing low-income residents to double up on jobs to keep up. Living in New York City, I don’t actually know any single mothers who only have one source of income, myself included. One could argue that we are the ambitious generation—but we’re really just trying to afford our groceries.

For millennial parents, the need to constantly work to make ends meet also means we spend very little time with our kids. 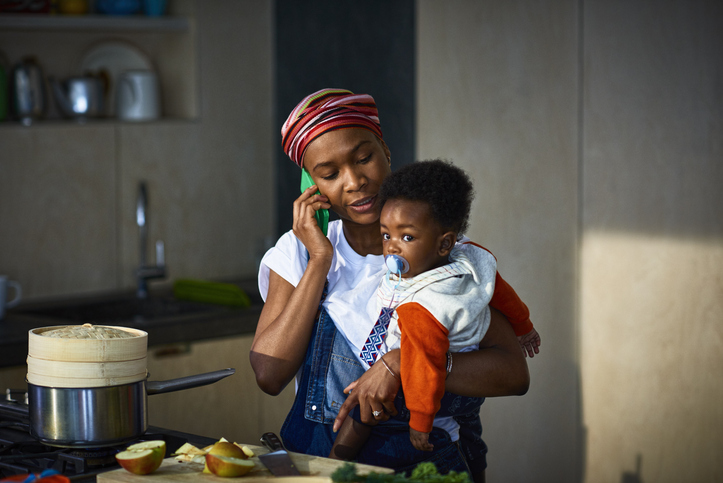 Many millennial mothers are also communicating differently with our kids than our parents did with us. What resulted in a spanking from my mother or a time out in my room to “think about what I did” now leads to a structured conversation with my son about choices. In those conversations, I’m mostly listening to what my son has to say. As mental health is more often discussed in our society, many moms are more concerned with our kids’ emotional wellbeing. We look out for symptoms of depression and anxiety, and that might make us feel like we have less control in our homes than our parents did. But we also have much more trusting and enriching relationships with our children as they grow up.

Our fears are real—we all see the same steady stream of mind boggling news. We know we are raising a generation of children who will face incredible challenges in a world that can’t even promise clean air or water. Raising them with confidence, empathy, and emotional intelligence is almost the entire job. Almost.

I want every woman who sees motherhood in their future to be prepared.

Empowering women (and consequently children) means being honest and open. Talking about how even partnered motherhood may feel like single parenthood most days, about risks based on how you speak to your children. But the beautiful thing about millennial motherhood is that you won’t be alone. We have villages and communities and we are mere clicks away from information our mothers didn’t have access to. Knowing what I know now about motherhood, I wouldn’t change a thing about the path that led me here. I love how motherhood looks on us—it makes us wiser and more confident and more aware of our role in the universe. It is a beautiful mess we can never be fully prepared for, but one we can conquer nonetheless.