I was constantly compared to my siblings growing up, and now I’m afraid to have more kids

Growing up, I had a very idealistic goal when it came to having children. I wanted to have three: two boys and one girl. Obviously, in my naiveté, I didn’t quite understand that the choice wasn’t completely up to me. However, I did like the idea of having more than one child until I became a teenager. Once the youngest of three, I was now the middle child in a family with five kids. This dynamic created a groundswell of constant comparison between my siblings and me, which bred my resentment for them and my parents. Because of this resentment, I began questioning if I even wanted to have any children at all.

I’m sure that my parents had the best of intentions when it came to raising us. But I don’t think they quite understood that we were our own individual selves in need of growing and functioning on our own terms while living within the collective.

I grew up as a rebellious social butterfly. I liked to be around people and touch the fire when others said it was hot. I was smart, but I didn’t find much joy in focusing on schoolwork. My older sister, however, had a sponge for a brain. She could soak up anything, and her grades represented that. Not to mention, my older brother never gave my parents any problems, so while he wasn’t a straight A student, he kept them out of his hair. Then there were my two youngest siblings who made sure to stand clear of any teenage wildness that their three older siblings exhibited.

All in all, because I was one of many children, I found myself always being compared to someone else.

I never quite understood why they always needed to compare us since we were all so different anyway. I was struggling to learn who I was while simultaneously hearing that if I just did [this] like [them], then I’d be better off. My grades weren’t good like my sister’s. I caused too many problems, unlike my brother. Being constantly reminded that who I was just wasn’t good enough was toxic, creating a true disdain for my status as one of many children that followed me into my first pregnancy. 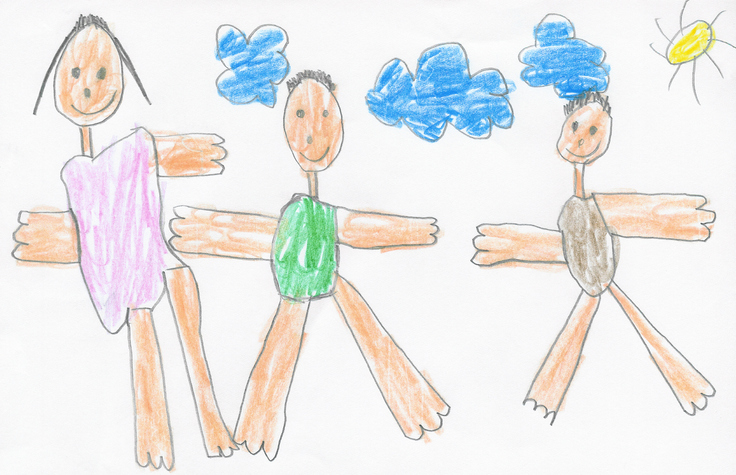 When I was pregnant with my son, I was terrified that he’d be a girl. Why? Because my parents already had a granddaughter. I didn’t want my child to be constantly compared to their cousin. I feared my child would grow up feeling pressured to model themselves from someone else’s personality traits. My desire for my child to be considered an individual was immeasurable. I waited until my son was born to know his gender. It helped me avoid those statements about him “playing football like his dad” or “being a conversationalist like his mom.” I wanted to keep him safe from comparison, even if only for 40 weeks.

There have been times when I’ve wondered if my son will be lonely without a sibling, but I’m hesitant to have another child.

I fear that, somehow, my upbringing will cause me to compare both children to each other, unfairly stigmatizing them both.

I do not want my son to ever feel that he is inadequate or inferior because he and his sibling are different from each other. I have friends with children the same age, so my social media usage has substantially diminished; I don’t want to see their posts and start wondering why my son is not as far along in his speech development, or how come he’s not as tall, or something else as equally silly.

The reality is that, even if we make an effort to not draw contrasts between people, it still happens. It can happen even if we’re not fully cognizant that we are making someone else believe their identity is wrong, shameful, or lesser. Comparison is the “thief of joy” because it results in low self-esteem, self-doubt, and disconnects us from our children.

Ultimately, the jury is still out on whether I will ever try for another child. We already live in a world where we constantly and openly judge others, so the idea of creating that same cloudy environment in my home—before my child even sets foot into the real world—is a reality that I cannot accept.