Whoa — Amazon has started to stream music, and here’s everything you need to know about it

Spotify and Apple Music are both super big right now. Think Amazon might be able to dethrone them?

Amazon announced today that they’re officially launching a music streaming service called Amazon Music Unlimited. Price-wise, they plan on being super comparable — for individuals with Amazon Prime (and really, you should get Amazon Prime by now, if you’re on the fence about it) the cost will come to $7.99 per month, or $79 per year.

Apple Music, at the moment, is $9.99 per month for an individual, or $14.99 per month for a family account. While Amazon Music Unlimited won’t roll out a family plan immediately, they’re hoping to match Apple price-wise when they do.

For non-Prime members, it looks like the Amazon prices will be identical to what Apple’s offering today. (But seriously — why don’t you have Prime? You’ll thank yourself when the holidays get closer.)

People who own an Amazon Echo, Amazon Tap, or Echo Dot will be offered the service at an even lower price — $3.99, to be exact. Unfortunately, at this price point, the music can only be streamed from these devices, and not a multitude of devices. But if you primarily use your Echo — otherwise known as “the speaker guy that lets you talk to Alexa”— for tunes, that’s a deal that can’t be ignored.

There is a bonus for listening to Amazon Music Unlimited through one of these devices. Billboard reports that you can ask your Echo to play a “new song” by a band, or play specific music from a set time frame, and the Echo will know exactly how to proceed.

When testing with Apple Music, Siri was able to play the new Green Day song, but had trouble with decades. So, good to know if you’ve been thinking about adding an Echo to your Christmas list. For music, paired with Amazon Unlimited, it’s definitely your best bet. 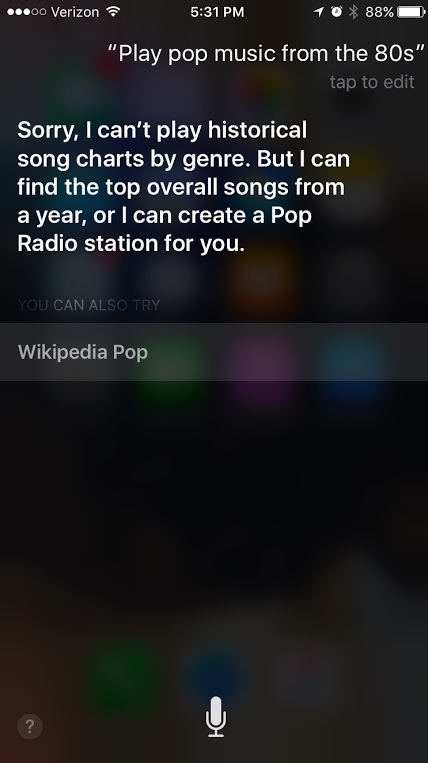 The Verge reports that Steve Boom, the Vice President of digital music from Amazon, said that they have deals with three huge music labels, and a ton of indie labels, making their selection pretty competitive.

“But wait!” you might ask. “Doesn’t Amazon already have a streaming music service?

Correct. They already have Prime Music, but the selection is incredibly small. Think around two million songs — yeah, it might sound big, but in reality, it’s lacking a bit. Amazon Music Unlimited plans to offer way, way more.

It’s great to see Amazon officially join the ring of competitors! No matter what, it’s never been easier (and cheaper) to listen to great tunes.