When do you ovulate? Here’s how to keep track of your cycle

Ovulation is a tricky thing. When do you ovulate, for starters? How do you know it’s happening? It’s complicated. Many women were taught to believe it’s as simple as looking at the midpoint of your cycle, but as we’ve gotten older (read: smarter), we’ve realized it’s a bit more complex than that. In order to understand when you ovulate and how to keep track of your cycle, we’re taking a deep dive into ovulation symptoms. This way you can understand the signs of ovulation, and what they mean for you.

First things first — what does it actually mean to ovulate? The definition of ovulation, according to WebMD, is “the release of a mature egg from a woman’s ovary.” Each month, the ovary of a woman of reproductive age releases an egg, in hopes that sperm will come fertilize the egg. The egg, according to the American Pregnancy Association, travels down the fallopian tube on its way to the uterus. “The lining of the uterus has thickened to prepare for the fertilized egg,” the APA explains. “If no conception occurs, the uterine lining, as well as blood, will be shed.” And we’re all familiar with that: your period.

When Do You Ovulate?

When you’re first learning about puberty and menstruation (think: in sixth grade health class), your health teacher likely skimmed over ovulation, answering the question, “When do you ovulate?” with a simple “mid-way through your cycle” answer. This makes people think that on day 14, you must be ovulating. But it’s not that simple.

First of all, if you’re asking yourself, “How long does ovulation last?“, it’s not a quick thing — it lasts between 12 and 48 hours, according to Very Well Family. The length of ovulation, however, is not the same as the length of fertility. Since sperm can stay viable for days inside a woman’s reproductive tract, fertility can last longer than the actual period of ovulation.

Signs and Symptoms of Ovulation

Your body will tell you when you are ovulating. If you are interested in your ovulation cycle, there are a number of ovulation symptoms that you likely never paid attention to but that indicate the crucial signs of ovulation.

Paying attention to your body’s natural ovulation discharge is a great ovulation predictor. According to the Mayo Clinic, right before your ovaries release an egg, there will be an increase in “clear, wet, and stretchy vaginal secretions.” This secretion is easier for sperm to travel through. Just after ovulation, there is another change. The discharge becomes “thicker, cloudy, and less noticeable.” 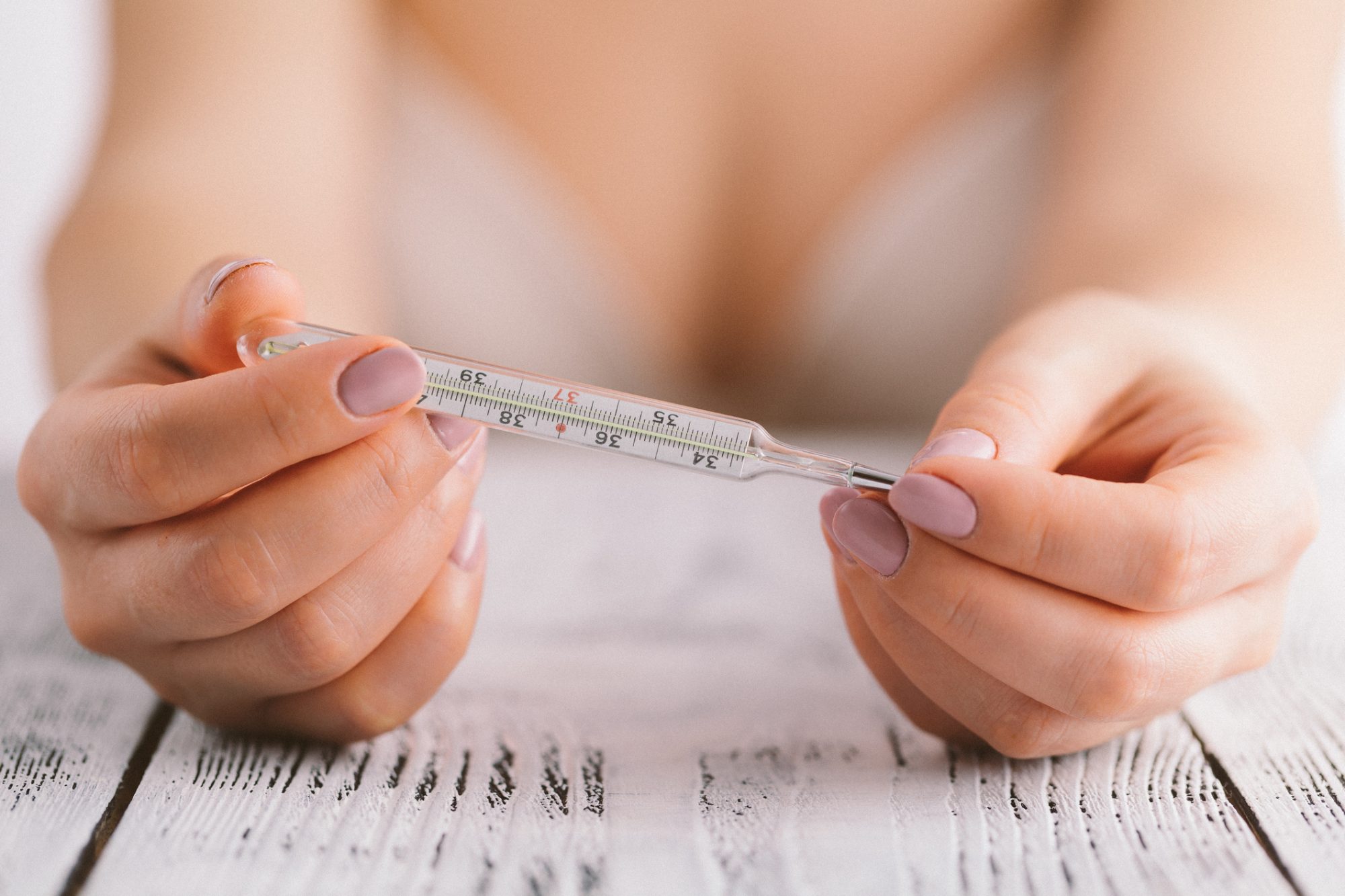 Change in Cervical Position or Firmness

For this one, you need to be incredibly attuned to your body’s changes. According to the APA, “During ovulation, the cervix will be soft, high, open, and wet.” However, “for most women, it will take some time to be able to differentiate between what their cervix normally feels like and the changes it goes through during ovulation.” So don’t beat yourself up if you feel like you’ll never really get this one.

How to Predict Ovulation

If you are interested in using an ovulation tracker, there are many different options. You can track different ovulation predictors, learn to be aware of your ovulation pain, or take an ovulation test. Whether you are trying to get pregnant or trying to prevent conception, predicting ovulation can provide you with powerful knowledge.

Use an Ovulation Predictor Test

Ovulation kits are for women to know when to — or when not to — have sex with their partner (depending on their family goals). Like a pregnancy test, women pee on a stick, which tests for the luteinizing hormone. When the LH is surging, ovulation occurs. You can purchase these tests at any drugstore.

Be Aware of Your Cervical Mucus

As mentioned above, a sign of ovulation is changes to your vaginal discharge. The APA suggests paying close attention to this to track ovulation. “As you approach ovulation, the cervical mucus will be plentiful, slippery, clear, and stretchy. Many women compare the consistency to that of egg whites.”

Some women experience ovulation pain, and can use this as an indicator. According to the National Health Services of the U.K., this is a one-sided pain in the lower abdomen that occurs monthly. They describe it as a “dull cramp or sharp and sudden twinge.” The side of the pain depends on which ovary is releasing the egg.

Keeping a paper trail of information (or using an ovulation app!) on your period is good for two reasons. One, you may notice patterns about your period that indicate a change (AKA ovulation). Second, if you are trying to conceive and are struggling, the APA says this can be helpful information for your gynecologist.

The more you know!