Here’s what’s happened since ‘Making a Murderer’ came out

So, this is what you (probably) did after you learned Netflix released Making a Murderer, a true-crime docu-series created by filmmakers Laura Ricciardi and Moira Demos:

1. You watched all ten episodes and paused only to cry or order cheese pizza or sleep. You swore at the TV a lot, said “oh, come on!” over and over, most likely concerning your next-door neighbors, or at least your cat.

2. And when you finally finished Making a Murderer a day or two after you started, you couldn’t stop thinking about Steven Avery and Brendan Dassey and how these two human beings were most likely imprisoned for crimes they didn’t commit.

3. So, you took to reddit and read the eight billion theories, all of which try, try, try to answer the question: who actually killed Teresa Halbach, if not Steven Avery (and Brendan Dassey)?

4. The question stays with you for days, as does everything else you’ve learned in Making a Murderer. Why did the justice system fail Steven Avery so hard? How could people of the law make such irrevocable decisions based on what seemed to be a 36-million dollar grudge?

Maybe the biggest question you have now, is what next? Does Steven Avery stand any chance to re-open his case? Is it possible to find new evidence that could help free him from prison the second time? Will Making a Murderer’s popularity lead to anything?

So far, there aren’t any clear-cut answers, but with all the film hype, it looks like Making a Murderer has ultimately helped shine a light on an unfair trial. Here’s what has been happening ever since the film’s release on Netflix.

Anonymous has gotten involved, and is determined to help Steven Avery and his nephew Brendan Dassey.

The hacking group Anonymous tweeted that it intends to find evidence that proves, in particular, that Manitowoc County Sheriff’s Department’s Sgt. Andrew Colborn and Lt. James Lenk are involved in framing Avery. Led by Anonymous-made Twitter account @OPAVERYDASSEY, the handle has been regularly updated with threats and promises to release information. 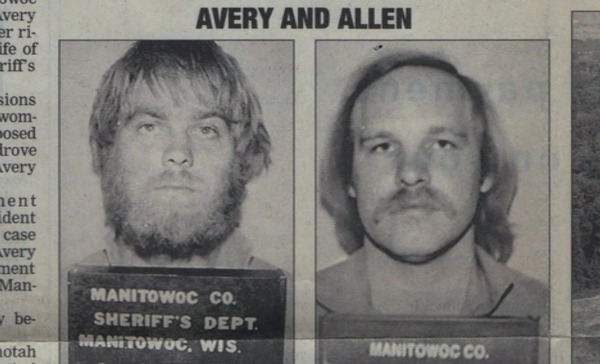 In the docu-series, we learn that the reason why Avery was freed from prison the first time around, was because of The Innocence Project, which helped exonerate Avery in 2003. The group found new DNA which proved Gregory Allen was the man who assaulted Penny Beerntsen in 1985. While the Innocence Project has rejected Avery’s requests for help this second time around, one member is now looking into the case after the release of Making a Murderer.

On December 22, The Innocence Project made a statement on their website:

Brendan Dassey’s lawyers filed a lawsuit, and submitted a petition for a writ of habeas corpus 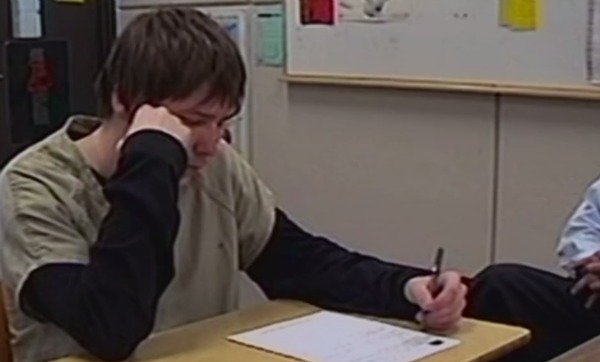 What this means, is that Dassey’s lawyers are trying to give the now 26-year-old another day in court, due to the fact that he was illegally arrested and interrogated when he was 16. If you remember, in the final couple episodes of Making a Murderer, Dassey’s lawyer, Laura Nirider of Bluhm Legel Clinic at the Northwestern University School of Law, asserted that every person has a right to a lawyer who has their client’s best interests in mind —and it seems that Dassey’s pretrial lawyer, Len Kachinsky, did not. 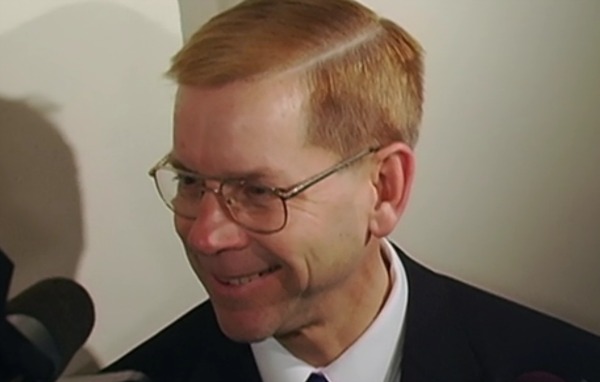 Furthermore, Brendan Dassey was seemingly coerced and his low IQ and mental capacity was taken advantage of when interrogated (without the presence of a parent or guardian). In Making a Murderer, you listen to conversations with investigators and conversations with Dassey’s mother, and his accounts are clearly inconsistent. His story changes based on the questions he was fed, and at one point, investigators threaten to tell on him to his mom unless he “tells the truth.” And Dassey’s lawyers want to bring these errors to light.

“Something wrong happened here. Everybody has a right to have a loyal attorney. His confession was fictitious,” Nirider said.

A lot of people are talking about it.

If you Google “Making a Murderer,” you will probably notice that there is endless discussion revolving around it. Even on Twitter, the Making a Murderer chatter (a lot of it coming from celebrities) is infinite. 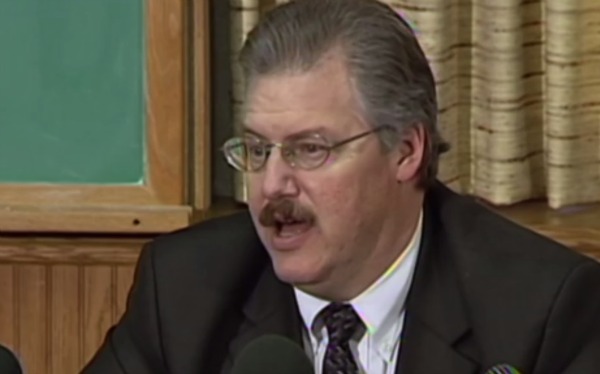 Internet vigilantes are taking it upon themselves to leave Ken Kratz’s Yelp page really, really bad reviews. It’s gotten so bad that Yelp has stepped in to do some “clean-up,” aware that most of the bad reviews are angry Making a Murderer viewers. Yikes. 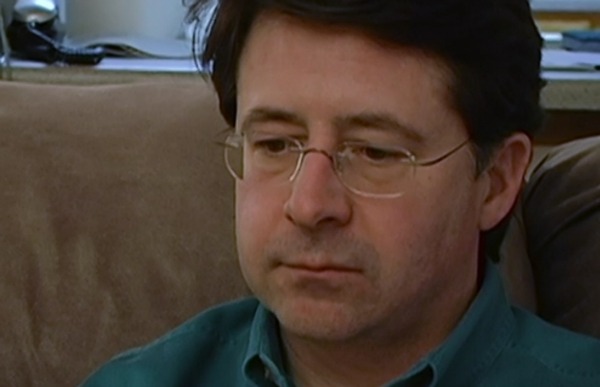 The Cap Times interview defense attorney Dean Strang, asking him questions such as “Have you watched the series yet?” and how accurately Ricciardi and Demos depicted the Avery and Dassey trials.

“I thought first, it was really, really good filmmaking. And second, to take a seven week trial and with a 15 month run-up to that and all the years since, to condense it to 10 hours — yes, I thought it was fair. It can’t be complete, but I thought it was fair,” Stang responded to the latter.

In the interview, it’s pretty clear that Strang is still left shaken by the unfairness of the trail and our justice system as a whole. “The longer I’m in it, the more I tend to think about or at least focus on and worry about broader systemic failings or weaknesses and Brendan Dassey’s case was just a vivid example, I think, of some systemic failings and faultlines that haunts me and provides a lot to think about,” Strang tells The Cap Times.

You can read the full Q&A here.

On the 18th of December, Vulture interviewed the filmmakers of Making a Murderer to gain further insight to Avery’s case and what it was like making the film. In the interview, you learn what piqued their interest into Steven Avery, how the Wisconsin community treated them while they were filming, the women’s relationship with the Avery-Dassey family, how much of their opinion of whether Avery was innocent or not had an affect on their project, and more.

On December 29th, former state prosecutor Ken Kratz was interviewed by People magazine via e-mail, and disclosed alleged evidence we weren’t privy to in the docu-series.

If what Kratz says is true, this *could* mean Making a Murderer filmmakers left out some key information. However, it’s important to know that since 2010, Kratz resigned from his position as a Calumet County district attorney  due to a sexting scandal. Kratz also lost his license due to sexual remarks he made to co-workers.

Nonetheless, Kratz told PEOPLE Laura Ricciardi and Moira Demos there was some evidence not included in the documentary —evidence that helps prove Avery guilty.

“You don’t want to muddy up a perfectly good conspiracy movie with what actually happened,” Kratz stated, “and certainly not provide the audience with the evidence the jury considered to reject that claim.”

First of all, according to Kratz, Avery had previously met Teresa Halbach when she stopped by to take photos of a car. He allegedly opened the door only wearing a towel. “She was creeped out [by him]. She [went to her employer and] said she would not go back because she was scared of him,” Kratz said.

Avery allegedly requested Halbach to come back October 31st —the night she disappeared.

Another piece of evidence that was supposedly left out? Avery reportedly told inmates that he planned to “build a ‘torture chamber’ so he could rape, torture and kill young women when he was released. He even drew a diagram.”

The last piece of evidence that Kratz wants people to know about, is DNA that was Avery’s was found under the hood of Halbach’s car. “How did his DNA get under the hood if Avery never touched her car? Do the cops have a vial of Avery’s sweat?” Kratz says to PEOPLE.

The more popular Making a Murderer becomes, the more information will undoubtedly surface. Now it’s our job to keep up with it.