What two years of accidental celibacy taught me about independence

Sure, I had many lonely nights, but loneliness teaches you a lot about yourself. There were times when I wanted to fill the void by endlessly swiping through singles in the area or agreeing to dates with guys who I knew weren’t a good fit, but the more I sat in my loneliness, the better I got at listening to my heart. There’s a big difference between what I think I want and what I actually need. Every time I sat with my feelings instead of ignoring them or distracting myself with dates, I understood more clearly what I’m truly looking for in a partner.

I didn’t even realize how long it had been since my last sexual encounter until I was catching up with a few girlfriends during brunch.

“Three freaking months,” one of them announced in between sips of her matcha latte when sharing how long it had been since she slept with someone. “That’s way too long for me.” The conversation then quickly morphed into a roundtable confession of everyone’s most recent sexual encounter. By the time it was my turn, I was still calculating the months in my head. “Two years,” I mumbled, averting eye contact. I knew it had been awhile, but I didn’t realize it had been that long—or maybe I just wasn’t ready to embrace it yet. Saying it out loud made it real.

There was a collective gasp at the table. “But how?” They asked. “And why? You are such a catch.”

My celibacy wasn’t grounded in religious principles, nor was it a spiritual experience. It wasn’t even a big, conscious decision for the purpose of soul searching. Living a celibate life was the result of several small choices that I made over the course of two years. I chose self-worth versus another night in bed with someone who didn’t value me. I chose frequent rejection versus sleeping with someone before I was ready. I chose myself over and over again.

Celibacy isn’t the right lifestyle for everyone, and there is nothing wrong with fun, playful, consensual sex. I’m in no way condemning or judging one-night stands or friends with benefits relationships—that’s just not what I want anymore. I am looking for a relationship that has it all—a partner who is a dear friend and an amazing lover. He’ll listen to me ramble on about the latest book I’m reading and understand that I’ll always opt for the horror flick over the rom-com on movie night. We’ll try our best to make a decent pizza crust out of cauliflower, but neither one of us will be too disappointed when we have to order delivery. The man for me is someone who knows what he wants and is doing all he can to make it happen. He’s equal parts vulnerable and confident—confident enough to know that he has zero doubts about our relationship. And, of course, I know attracting that kind of person means that I need to be all of those things too.

None of this was an easy task in the thick of hookup culture where casual sex distractions are just a swipe away, but each time I said “no,” I felt emboldened.

So when I re-downloaded a few dating apps on my phone several months into my celibacy and got back out there, it was with a newfound sense of self-worth. The bar was set higher, so it was easier to say “no thanks.” 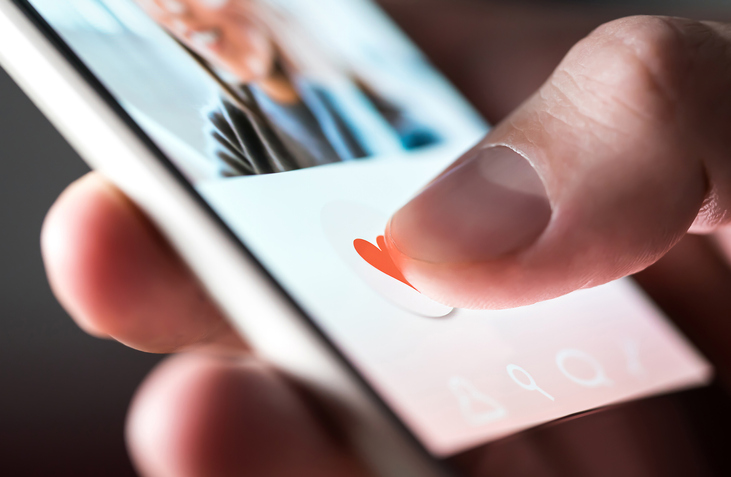 After spending an unconsummated night with someone who I was still on the fence about, I realized that there was just something missing between us. We’d started a relationship, but I didn’t want to settle and have sex with him simply because we had gotten to that point in our courtship. I knew sex wouldn’t give me the feeling of intimacy that I was looking for, so I said no.

We never had another sleepover and I was okay with that. The relationship itself was going well enough, but once we hit that crossroads of do we or don’t we, I realized that I was looking for something more. I wasn’t asking for a profession of love or a diamond ring, but more of an emotional investment that he didn’t seem willing to give. The old me would have compromised by sleeping with him before I was ready and hoping for the best—only to find that it didn’t really make a difference. The new me was totally fine waking up alone. In fact, sleeping solo feels much better than sleeping with someone who isn’t right.

These two years showed me how much I enjoy my own company. 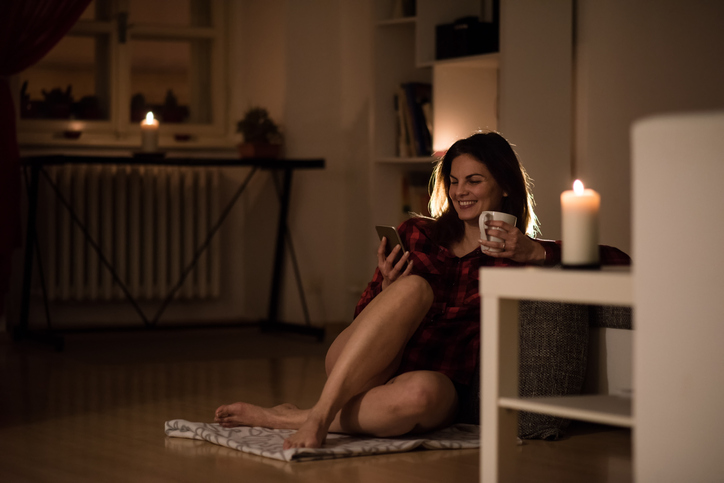 There tends to be a negative stigma attached to what many have referred to as my “longest dry spell ever.” I get a lot of “you’re so young, you should be out there having more fun”—as if sex is always enjoyable and casual dating equals a really good time.

Sure, I have that voice in my head that says, “You’ve been single for so long, what is wrong with you?” But spending more time alone has helped me to reverse this negative self talk. The truth is that if I were to continue viewing romantic relationships as something that I need in order to feel whole, satisfied, or entertained, then I’ll always feel like something is missing. These past two years have helped me to see romantic relationships as partnerships that can add a lot of joy to my life, but there is no person who is going to complete me. That’s my job.