What does it mean to be a Pisces? Grab your dream journal and let’s get started

Happy Pisces season, babes! If you’ve been feeling extra tuned-in, emotional, or intuitive, you can thank the season of the fish. Pisces are all about emotion and as one of the most intuitive signs of the zodiac, this season is all about diving into our feelings. Pisces is a water sign, which feels especially appropriate since it comes right after the season of the water bearer. If Aquarius season was all about setting our sights on the bigger picture and connecting to our intellect, Pisces season is all about coming back into our bodies and getting in touch with our own internal world. But, exactly what does it mean to be a Pisces?

Pisces season is the last season of the zodiac and a time of completion.

Once Pisces season ends, we’re thrust into a new beginning and a new year. In the zodiac, Pisces is the last sign, an omen of completion and a time when we get to integrate all the lessons from the other signs. Once the spring equinox hits on March 20th, we’re not only thrust into a new season (spring) and a new sign (Aries), but a new year as well. So then the question is, what can Pisces season teach us? We asked  astrologer extraordinaire and horoscope queen for Coveteur, Amelia Quint, just that, so we can make the most out of this energy.

Amelia explains the nature of the season, saying,

" Pisces season is very fluid. It's a mutable sign, so it has a very changeable energy that can feel up one moment and totally down the next. Imagine it like a stream, meandering back and forth. It takes a lot of twist and turns, but if you go with the flow of it, it's a really beautiful journey."

Pisces is asking us to be the dreamers. It’s asking us to think of the ocean, of the moon, of our emotional push and pull, and of our internal world. Pisces season asks us to stand at the edge of the shore and dive in. It’s asking us to swim under the waves, beneath the surface, into stillness. This is where the treasures are. Pisces season asks us to inspect and honor our heart. What’s hidden in the treasure chest on the ocean floor? What dreams and secrets have we been ignoring?

This month, make an effort to pay attention to your feelings. Feelings live in the body, not in our heads. Allowing ourselves space to process these feelings without judgment, no matter how difficult, is always an honorable task. Pisces makes this exploration easier. Another way to tap into the magick of Pisces season? By creating boundaries. This is the time to check in with yourself to see who and what are draining you emotionally and intuitively, and then create boundaries to protect yourself.

Saying no, scheduling time alone, spending time in nature, and standing up for yourself are all ways to channel the emotional nature of this season into something constructive. Amelia reminds us that this is also a time to wrap things up. She explains,

"Pisces is the last sign of the zodiac, so it's really all about seeking closure. If there's a loose end that needs tying, you'll know it now and can take action to make that happen."

The tarot card associated with Pisces is The Moon.

In the tarot, the moon speaks of the subconscious realm, of the world of dreams and shadows and darkness. Connected to the divine feminine and intuition, this card also speaks of connection with our higher self, with the moon and the way she pulls on our emotional tides. This card reminds us of our own hidden realms, of the dreams and feelings we keep tucked away. You can work with this energy by meditating with this card, either from a deck or from a photo you printed out. Try setting it on an altar next to a white candle, taking deep breaths as you gaze at the flame before closing your eyes and asking for any psychic messages. When you’re done, you can keep this card somewhere you can see or next to your bed for psychic dreams.

Work with aquamarine to get into the Pisces season mood. 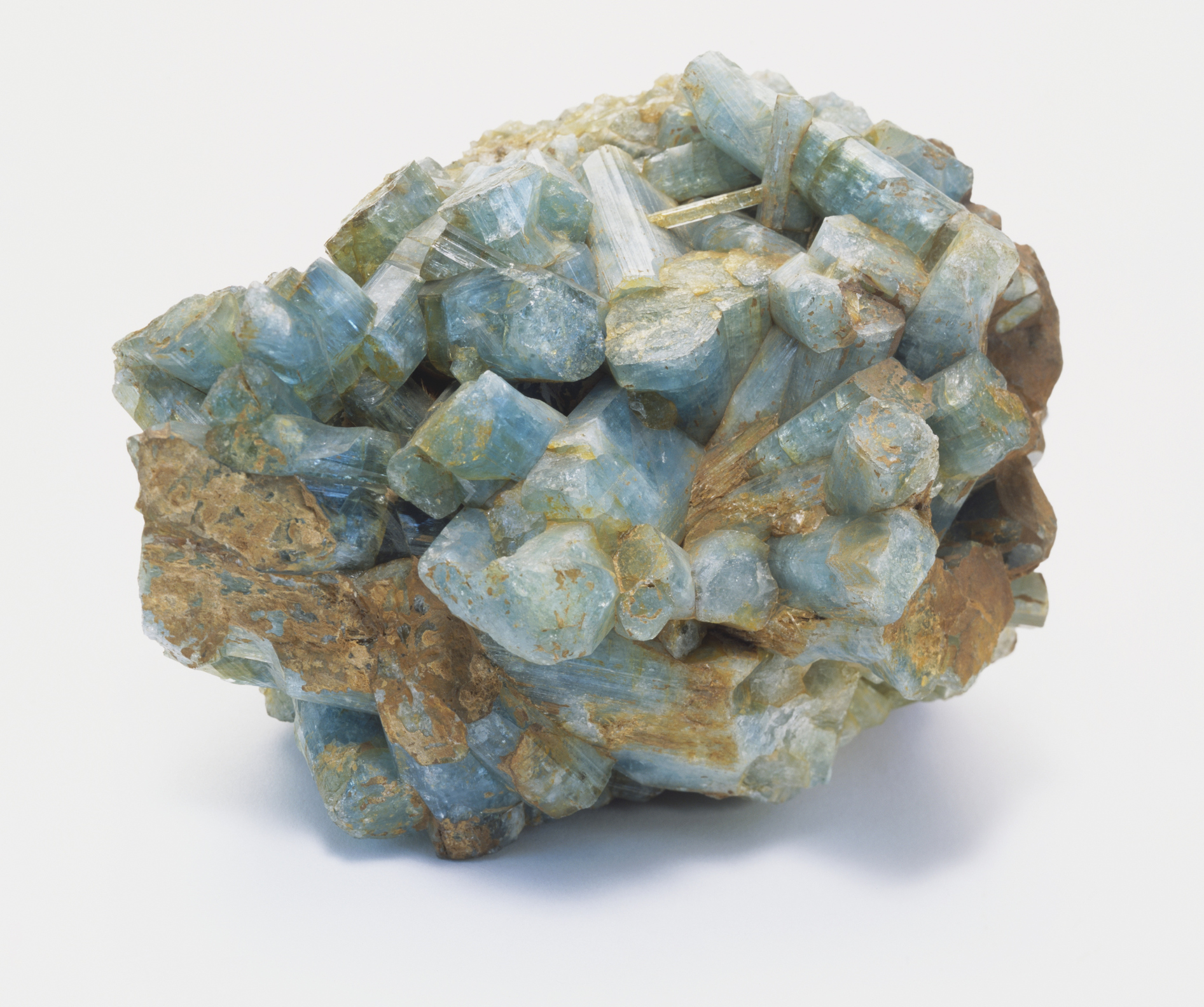 Aquamarine is a light blue/turquoise stone that is known for its calming qualities, while also producing a sense of courage. This stone helps clear the mind of unnecessary thoughts so we can take responsibility, and it’s also used for closure on all levels. This is a particularly powerful stone for those who are sensitive — which may be all of us because of Pisces season — giving an extra boost of tolerance to overcome feeling judgmental. Spiritually, this stone helps us tap into our intuition and connection to our higher self, especially through meditation. You can meditate with this stone in your non-dominant hand or place it (or a photo of it) on your altar, desk, or under your pillow for psychic dreams.

Work with nature or make art to tap into this season’s energy.

Amelia points out that even though Pisces is a water sign, it’s still all about connecting to the natural world.

"Pisces is the sign of compassion for all living things, so you feel closer to the spirits of plants, trees, animals, and the cosmos now too. Do a ritual outside, or go stargazing! It's also amazing for herbalism, so it's a great time to study the magical meaning of plants too," Amelia says.

And if you’re more in the mood to make something, getting in touch with your inner artist is another way to work with the intuitive sign of the fish. Amelia suggests making a mood board or taking notes of films, music, and art that touches you deeply. As for films to watch, Amelia suggests Call Me By Your Name or Carol to get you tapped into your heart center.

Think of Rihanna, Kurt Cobain, and Poison Ivy to get in touch with the ultimate Pisces you.

There may not be anyone more Pisces than Rihanna. She’s fierce, she’s sure of herself, and she knows that it’s not worth being anyone but her. She dresses and lives unapologetically, swimming up her own stream, and uses her feelings and passions to make the world more beautiful. Kurt Cobain isn’t that different from our Riri either. The leader singer of Nirvana was a deep feeler, too, and used music as a way to cope with these feelings. Poison Ivy of The Cramps is a pscyhobilly punk legend. Best known for her wild red hair, amazing outfits, and crazy guitar skills, Poison Ivy is the perfect example of being exactly who you are because you’re in touch with your own desires. Channel the energy of these musicians by dancing to your favorite song, writing poetry, or learning an instrument.

No matter how Pisces season makes you feel, we hope it helps you get in touch with the real you.