What it’s like to work in a literal boys club

My training begins with a tour — the kitchen, the break room, event spaces, and the dining room. As my new manager guides me through the club, I notice something missing. Namely, women — but it doesn’t phase me because it feels familiar. That is until we discuss where employees should change into their uniforms.

“There is an employee locker room downstairs, but women don’t really go in there,” my new manager explains.

“What do you mean women don’t go in there?” I ask, three full, blissful weeks before Donald Trump would give me a real reason to stay out of all locker rooms forever.

“Well, there’s just so many men it’s not worth it,” he says.

“So, where can I change?” I ask. My question was met with a mumbled response about a bathroom somewhere and a small shrug.

I am one of three female servers at an exclusive Los Angeles country club. 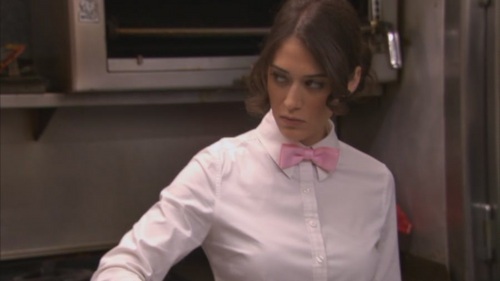 Having served on and off at a country club in my hometown near Chicago for more than six years, I thought I was accustomed to club culture. By that I mean a culture of wealthy, mostly white males who pay to belong to a hand-selected group of their peers. It’s a place to play golf, network, drink, and, of course, feel important.

That club made a big fuss about the sanctity of male spaces too — the bar was literally located in the men’s locker room. Perhaps I had become desensitized to these disparities over time. Or maybe this club’s clear lack of female employees makes me hyper-aware of my non-male-ness. Whatever the case, I had never fully realized what it felt to be in a boys’ club, until I was employed by one. 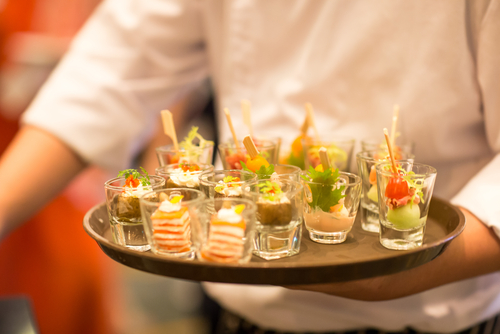 “Here’s your uniform,” my manager says, holding up what is clearly a men’s vest, shirt, and tie. In fact, I’m pretty sure it’s the same combo donned by my senior prom date. I’m fully being asked to check my womanhood at the door — but this I can handle. I used to play softball.

It’s more the principle of clubs that bother me. Founded in upper-class enclaves around America during the late 19th century, most country clubs originated under blatantly discriminatory practices.

Whether it was barring Jews, Catholics, African-Americans, women, or even those who simply lived in the wrong neighborhoods, the message was clear: these places were sanctuaries of privilege for a group of men who would be steadily losing it in broader society over the coming decades. It was only after a few mid-century lawsuits that clubs were forced do away with bold-print, formal discriminatory practices; but unfortunately, a lot of them survive in unofficial capacities.

Out of more than 600 members, only a handful of women are independent members — meaning they are not the spouse of a male member. There are nine members who serve as the board of directors of the club, who manage all major decisions, including who is accepted as new members. All nine directors are men. It’s like an early twentieth-century Supreme Court chamber up in there.

I have four white, male managers, and am surrounded by a predominantly male serving and kitchen staff.

I later find out women weren't even allowed into the bar area until the 1990s.

There is a long table that sits at the end of an outdoor patio. Men will filter in throughout the day after golf to smoke, drink, and show off the fruits of their salaries. I have yet to see a woman sit there. On more than one occasion, I am referred to by name as another female server. We look nothing alike. Maybe if it happened one time I’d say it’s a mistake, but multiple times doesn’t feel like a mistake. It feels more like male members don’t bother to distinguish one woman from another.

Being outnumbered can be exhausting, but the sinking feeling that no one is actively working to have more inclusive membership practices is painful.

Outside of this job, I feel very lucky to be a part of a greater community, both women and men, who are making significant strides to equalize the playing field, but this job is a constant reminder that we’re nowhere near finished with our work. Especially among the presumably most educated and advantaged people in the country.

A tiny glimmer of hope comes from a woman I meet during my first week of work. Small but mighty, she firmly shakes my hand and immediately says, “It’s nice to have another woman around here.

She doesn’t sit on the board of directors, but I later find out she’s a part of the house committee and a driving force behind the interior design of the club. It might not be the outright gesture country clubs should be making to include women, but it’s a welcome reminder that there are like-minded women working to make changes from the inside.