I’ll admit, I’ve thought about writing this article for a very long time, but I was always afraid of the fall out from friends, family, and clients. But I think, given the state of the world right now, this needs to be said.

I personally wouldn’t get an abortion, but I agree with letting a woman make the decision that is best for HER life and HER situation.

I recently worked in an abortion clinic -- a clinic often in the news -- that performed women’s health care and abortions.

Of course, I wasn’t the one performing the abortions, but I was the one checking ladies in: Giving them instructions, taking their payments, trying to help them remain calm, and trying to help them believe -- despite the people screaming outside the office -- that this was a nonjudgmental, safe place.

It’s difficult to do that when you’re standing behind a wall of bulletproof glass with a small hole to talk through. But that’s the danger we, as employees, faced every day just from working in the office. We always asked ourselves, who’s going to come in here and what will they do? 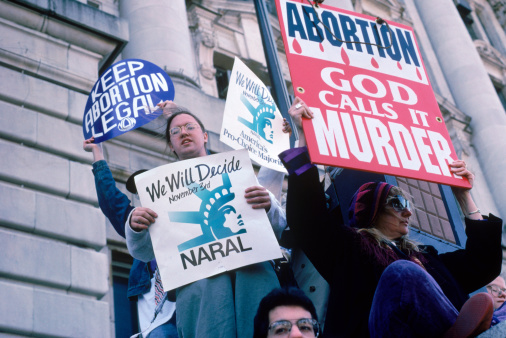 We weren’t there to push women into having abortions. We were there to make sure they had all the information to make the best decision for themselves.

Abortions cost big money that the patient must pay out of their own pocket. Some insurance plans cover the procedure, but most don’t, and others require a copay. Unfortunately, we don’t make the insurance companies’ rules.

The clinic does a counseling session with each woman. Clinic workers go over why they’re making this choice, make sure the patients know they have other options, and teach patients how to find those options if they weren’t previously aware. The actual abortion only takes about 15 minutes. The patients spend half of the appointment discussing their choice with employees trained to counsel the women — and if there is even a hint of doubt or confusion, the abortion is not performed that day.

The women who came into the clinic weren’t who I expected. I don’t know why — likely because of the media — but I expected a room full of teenagers in trouble. However, the patients were mostly adults. Some married, some already mothers. Some cried, some were like statues just following orders. Most were in a situation I could never understand. 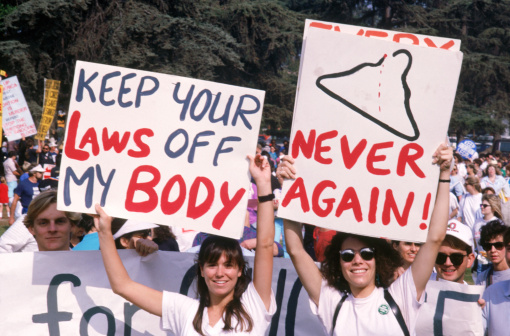 Many were impatient. Like me, they had an uneasy feeling from being within an establishment that so many people hated. Protesters and “pro-lifers” were judgmental and hateful — not because we judged them that way, but because that’s how they showed themselves to us as we walked into the clinic.

As women walked from their cars, the protesters yelled hate at them. Though they certainly had a lot to say, they never offered any true help -- only hate toward a situation they know nothing about. I’ll admit, I felt the most fear for these women as they walked in and out of the clinic.

I’m often asked why I would work in an environment like this. Here is my answer: I too believe in God. And I believe what patients need is not hate and judgement, but an empathetic person to hear them, to hear what they are going through. They need to know that someone understands why this is a necessary decision for them. They need a smiling face to treat them as the human beings they are.

They need to be able to look back at this procedure, and remember someone who acknowledged their difficult situation and treated them with respect.

We gave the patients advice so that they could hopefully avoid needing to make this decision in the future, and we showed them where to get the help they’ll need after their appointment. If they weren’t sure about their decision, we counseled them before they did something they’d forever regret.

As someone who has worked in this environment, I beg you to set aside your hate and your "knowledge" of everything you don’t agree with.

Instead, see people. Imagine being taunted by people who know nothing about you or your situation as you make a difficult decision.

Imagine going to work and being called a “baby killer” and being told “you’re going to hell” while each day you pray that God gives you the strength to help these women. Who do you think will make more of a difference in that person’s life? The person who was an understanding, nonjudgmental light on a dark day, or the person screaming “murderer” and chanting hate towards a woman they know nothing about?

Aimee B is a parenting blogger at Teenagers & Beyond and a book blogger at Hello…Chick Lit. She’s the mother of three teenagers and wife of 20 years. She’s almost finished writing her first novel, and can often be found redecorating her house, reading or writing, cleaning until someone begs her to stop, yelling at kids, or singing to her cats. Follow her on Instagram, Facebook, and Twitter.