I closed Twitter on my phone and opened up my text messages. I tapped on the group chat with my parents and brothers, and just to see how it would feel, I typed out, “I’m bisexual & it’s Bi Visibility day, so there’s that. :)” I stared at the message I’d composed for a while, then smiled to myself. As if!

On that day, I was sitting alone in the cafeteria where I usually spent my morning before school started. It was September 23rd, 2016. I was a junior in high school and I had my fair share of homework assignments that I could have been working on, but instead of studying, I scrolled through the Twitter hashtag for #BiVisibilityDay.

I had been confidently identifying as bisexual for a few years…confidently, at least, in my own head. For a long time, I’d told myself that I hadn’t come out yet because I wasn’t dating anyone, I didn’t want it to seem like a big deal, and I was convinced that it wasn’t weighing on me. But even after I decided that I did want to come out, something was holding me back.

I knew my family wasn’t homophobic, and even though they might have had different understandings of the word “bisexual” than I had, there was very little to be afraid of. That’s not something all closeted LGBTQ+ teens can say.

Still, I could never do it.

My family is close; we pretty much tell each other everything, so I didn’t have to do the whole “Mom, Dad, I have something I need to tell you” intro—but it felt equally unnatural to casually bring up my bisexuality in everyday conversation. Whenever I tried, my anxiety kicked in and I backed down. I decided this hesitation meant that I just wasn’t ready.

But in the cafeteria that day, I realized that I wanted to be ready.

I couldn’t bring myself to say it out loud, but that didn’t mean I wanted to keep living in a closet either. Sure, it was dark and warm and safe and I’d created a little home in there, but it was starting to feel lonely. I was ready to move out.

I wasn’t planning to do it by sending a text—but then I remembered I had to stay on campus that night to work on the school paper, so I wouldn’t be home until 10 p.m. anyway. And after that, I had a friend coming over to stay at our house for the weekend, meaning my family wouldn’t really be able to talk to me about it until Sunday night. I thought to myself, terrible idea—or clever anxiety loophole?

Typing those words was the closest I’d ever gotten to coming out—before I’d even hit send.

I couldn’t bring myself to delete those words. So I sent them instead.

I did it on purpose, and it wasn’t a mistake—but as soon as I realized I couldn’t take those words back, sending the text felt like an accident. Part of me wanted to turn around and crawl right back into that closet, but the door had locked itself behind me.

My mom responded first, writing a simple “Ok.” My dad sent the wide-eyed blushing emoji with the little line for a mouth, before following up with “You do you! Love you.” Then he sent the emoji blowing a kiss. My older brother sent a thumbs-up and a rainbow flag.

In the end, my grand scheme to avoid any face-to-face conversation didn’t quite work out—my mom ended up coming to school so we could talk.

Our half-hour conversation was simultaneously amusing, frustrating, uncomfortable, and reassuring. I was exhausted by the end of it, so my mom told the school that I was sick and she drove me home. I already have social anxiety on top of the normal nerves that accompany the coming-out process, and I now realized I had empowered myself to send that text because I thought I wouldn’t have to speak with anyone face-to-face. It was a way to get the ball rolling without feeling like I was losing control.

When I got home, I saw my little brother, who still hadn’t replied to my coming out text. I told him to check the family group chat, and that was the first time I witnessed someone’s reaction in person—and it was a good one: “Whoa, really? Cool! That’s awesome.” My dad came home early and took me to my favorite sandwich shop to talk for a while. My older brother was back from college for the weekend, and for a few minutes, we were all together. But then my friend arrived, and soon the weekend was over and it was the start of a new school week. And that was it—I was out. 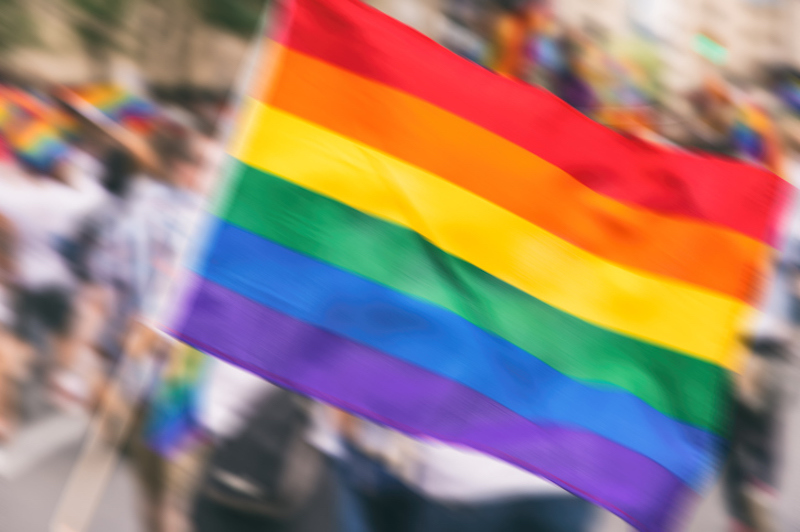 I don’t regret my timing, but I get mixed reactions when I tell the story of how I came out to my family in a text message. Some people think it’s hilarious, others think it was an unfair way for me to drop the news, and a lot of people just think it’s weird. But it’s actually not uncommon. When I told my story to my school’s queer student group, I heard so many coming out stories that involved a text message, email, or letter. A few of my peers revealed that they, too, had found ways to avoid the intimate, serious sit-down conversation often depicted in the few films and television shows with a coming out arc.

These methods come with several nice perks: You get to be alone with your thoughts for a while afterward, you can monitor how you’re feeling without having to immediately engage in conversation, and you don’t have to decipher anyone’s facial reactions. Everybody gets some time to cool down, process their thoughts, and consider what they want to say. You get more control and more space, which is especially helpful if you’re already dealing with anxiety or have concerns about others’ reactions.

Sure, it might take a different kind of courage to do it in person, but that doesn’t make a text message cowardly. Coming out is a brave thing to do, no matter how you approach it.

You’re allowed to do it on your own terms, at your own time. Yes, doing it in person can be rewarding, but it’s not for everyone. Coming out is hard enough already without the societal pressure to do it a certain way. If you can lessen the typically inevitable anxiety in the situation, then that’s a plus to me. And taking that “easier” route is not a sign of cowardice; in my experience, it’s just an indicator that you’ve found the method that’s a good fit for you, whether your style involves a rainbow cake and a banner, or a cellphone.

Mia Stegner is a college freshman and aspiring filmmaker with a passion for writing about LGBTQ+ issues, feminism, and mental health. She spent three years as the Managing Editor of “Spilled Ink,” her high school’s student-run newspaper—which was also inducted into the Colorado Student Media Association Hall of Fame. Visit her website at MiaStegner.com and follow her on Twitter and Instagram.