What is CBD and why is it everywhere?

Whether you try to always have your finger on the pulse of the biggest and best beauty trends or you simply love to scroll through Instagram, chances are you’ve been seeing CBD everywhere. If you’ve ever stopped mid-scroll to wonder ‘What exactly is CBD?’ you’re not alone. Believe it or not, even though CBD is super in demand, many people don’t actually know what the three-letter abbreviation stands for. To help clear up the confusion, we spoke with a few of the top CBD brands to determine what makes the earthy ingredient worth adding to your beauty and wellness routine. Below, find out what they had to say when answering a handful of the most-googled questions surrounding the topic.

CBD is short for cannabidiol. According to Sunday Scaries co-founder Mike Sill, CBD is a natural, non-psychoactive compound found in industrial hemp and cannabis plants, not to be confused with THC (the one that gets you high). “CBD has been shown to have positive health benefits including relief from anxiety, inflammation, pain, hangovers, and other conditions,” he shares. As such, it’s started popping up in everything from oils, creams, and tinctures that can be used on the skin to vitamins and sublinguals that can be ingested.

Jessica Lesesky, the president of ehemp, a newly launched online marketplace to safely shop for vetted and authentic CBD and hemp products, adds that CBD is one of 100 cannabinoids that have been identified by researchers in the cannabis plant. “Many people hear cannabis and think marijuana, but cannabis is actually the plant family that includes both marijuana and hemp,” she explains. “What makes cannabinoids like CBD interesting is that while these compounds are found in cannabis plants, they also occur naturally in the body.” As such, consuming and applying CBD directly affects the internal endocannabinoid system, which works to maintain balance in the body. In other words, it’s no wonder CBD has earned such high praise for its ability to calm both complexions and the mind.

While CBD was first discovered in 1940, its rise to ubiquity began when researchers found it was a useful treatment in pediatric epilepsy patients, in the form of Epidiolex, the first and only FDA-approved prescription CBD. “It’s not a cure-all, but it is a substance that can help fill in the gaps when our own bodies can’t do that for us,” says CEO and founder of Prismatic Plants Sarah Polansky. 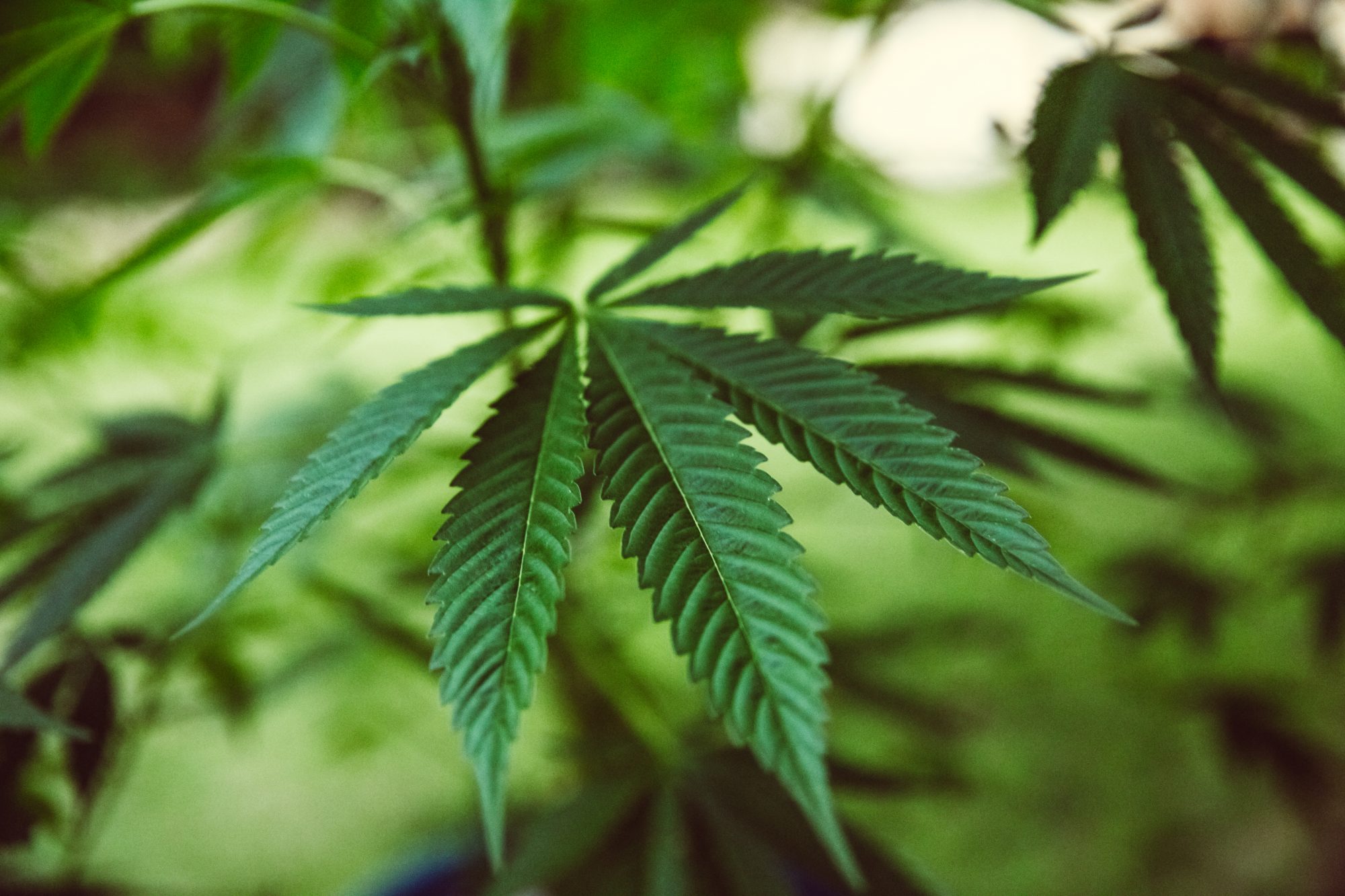 Is CBD a drug?

By popular definition, no, but technically, yes. Medically speaking, chief scientific officer of Ciencia Labs and Dreamt founder Carolina Vazquez Mitchell, M.S., points out that a drug is any substance that has a physiological effect when ingested or otherwise introduced into the body—whether it’s psychoactive (THC) or merely calming (CBD). “In pharmacology, a drug is a chemical substance, typically of known structure, which, when administered to a living organism, produces a biological effect,” she explains. “However, a pharmaceutical drug, also called a medication or medicine, is a chemical substance used to treat, cure, prevent, or diagnose a disease or to promote well-being.” So, while CBD is technically a drug by this definition, according to the FDA, it can’t be considered a pharmaceutical drug or medicine.

It was this declaration—and the fact the cannabidiol exhibits no effects indicative of any abuse or dependence potential—that helped turn the page on CBD. Back in the 20th century, and, more specifically, in the ‘70s, lawmakers lumped hemp and marijuana together. Nearly 50 years later in 2014, the U.S. government finally realized their mistake and officially recognized hemp (and CBD) as different from marijuana.

But wait, does that mean that hemp is CBD?

While CBD is often derived from hemp, hemp is not necessarily CBD. According to Lesesky, CBD is one of many chemical compounds in hemp. “CBD is extracted from the plant using a variety of different methods,” she explains. “What we love about hemp is that it has more than 25,000 uses besides CBD.” Think: a sustainable fabric option, a petroleum replacement to cut down on single-use plastics, a biofuel similar to biodiesel, green building material, and more. “Because it was outlawed for decades, we’re just scratching the surface for all the possibilities of this one crop,” she adds. “Every day, more innovation and research is happening, and each day more entrepreneurs are jumping in to maximize the eco-friendly opportunities that hemp offers.”

Does CBD show up on a drug test?

While the short answer is no, it’s important to understand that in order for a drug test to actually show up as negative, you must know what’s in your CBD products. While it’s mandatory to label what’s in CBD and THC products, sometimes the packaging can be jumbled or the print can be tiny, and before you know it, you’ve accidentally consumed THC, as opposed to just CBD. Of course, this is only likely to happen in states where marijuana has been legalized (such as California and Colorado), as these hybrid products aren’t readily available elsewhere.

Nevertheless, here’s what to know to ensure you won’t fail a drug test. According to Lesesky, we differentiate legal hemp from psychoactive marijuana based on the amount of THC (the compound associated with a high feeling). THC is a controlled substance in the majority of the United States, so if it’s found in your system, you will fail a drug test. “This is why it’s so important to know what’s in a product and that proper tests, from credible third-party labs, were done to accurately state the amount of THC,” Lesesky says.

Additionally, it depends on the test that’s being administered. According to Sill, some drug tests can’t differentiate between cannabinoids. “CBD is from hemp plants in the cannabis family. Therefore, we cannot guarantee CBD will not show up,” he says.

A word to the wise: Full-spectrum CBD is super popular, but it does contain some THC (below 0.3 percent). As such, even though it’s legal, it could potentially pop up on a drug test.

Can you get high off CBD?

That’s a triple no from Sunday Scaries co-founder Beau Schmitt. While CBD isn’t psychoactive, he notes that it can change your life in a very positive way. “You might get high on life,” he jokes. “CBD has so many positive attributes and will truly help you overcome those dreadful Sunday Scaries.” And personally, as someone who lives on Sunday Scaries CBD Yolo energy shots, along with a dozen other CBD vitamins, tinctures, and creams, I can attest to that.

While CBD won’t get you high, it can make you feel out of sorts at first. “CBD is best known for its relaxing and calming effects—not psychedelic effects,” Polansky says. “For some people who have a depleted endocannabinoid system, however, they may feel slightly sedated during the first few uses of a CBD tincture as the body begins to rebalance itself using the phytocannabinoids from hemp to supplement the loss of self-produced endocannabinoids.”

It’s worth noting, however, that full-spectrum CBD products do contain trace amounts of THC, so if you want to avoid the compound entirely, it’s best to choose an isolate or broad-spectrum product, both of which Lesesky assures are THC-free. And, if you’re feeling skeptical, before ingesting anything, Kaleidoscope Labs founder and CEO Ana Rosenstein recommends ensuring that that the brand does third-party testing of the products to confirm that their THC amounts fall under the legal limit permitted in a product. 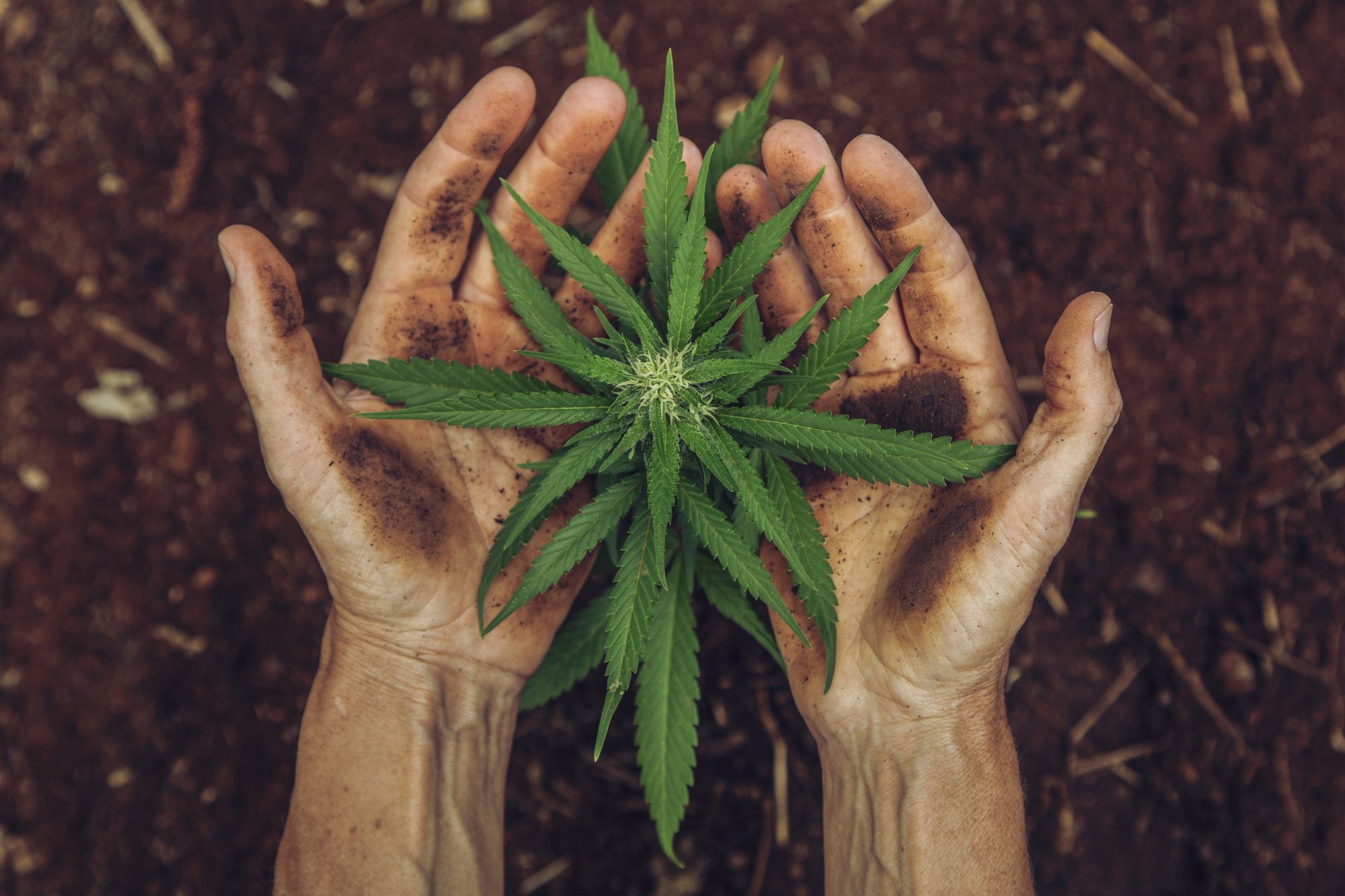 With news of people being pulled over in TSA for packing CBD products in their carry-ons, this is especially concerning. Again, determining whether or not CBD is federally legal comes down to ensuring you know what’s in your products.

The 2018 Farm Bill legalized the production and sale of hemp-derived CBD. “Hemp, by federal law, cannot contain more than 0.3 percent THC,” Mitchell explains. “Anything with more THC is classified as marijuana and is considered a schedule 1 drug by the Drug Enforcement Administration and is federally illegal.” Therefore, if CBD comes from a hemp plant with less than 0.3 percent THC, you can buy it (and travel with it) under federal law—but keep in mind that some states still have legal restrictions on the possession of CBD. As such, if you want to play it safe, your best bet is to heavily research the products you travel with, or skip packing them altogether.