But what do you do if your sexual harasser isn’t a celebrity?

I was seventeen years old when I got my first job in the service industry: a waitress at an Italian restaurant in my hometown. A school friend helped me get the gig after I expressed jealousy over her constant cash flow. “It’s not a bad place to work,” I remember her saying, “once you get used to it.”

I didn’t know then that by “get used to it,” she meant get used to the systemic sexual harassment that plagued that restaurant, and that continues to afflict many other businesses in the food service industry.

I had only been on the job for three days when I found myself cornered in the kitchen by a prep chef. He insisted that he feel my breasts to see “which one was bigger,” a gag that became a regular occurrence for the entirety of my year-long stint at the restaurant. On any given shift, it wasn’t uncommon to have my butt slapped, chest grabbed, or body groped by my male coworkers, and I was far from the only female employee subjected to such treatment. But, like my friend had told me, “you get used to it.”

When I left that job for college, I remember feeling so relieved that I wouldn’t have to work in that kind of environment anymore. But I had no idea the world was made up of so many more places exactly like it.

So many women experience sexual harassment and assault in the workplace — but what are you supposed to do if your employer isn’t a famous figure in Hollywood, the media, or politics? Who is paying attention to your voice and hearing your story? 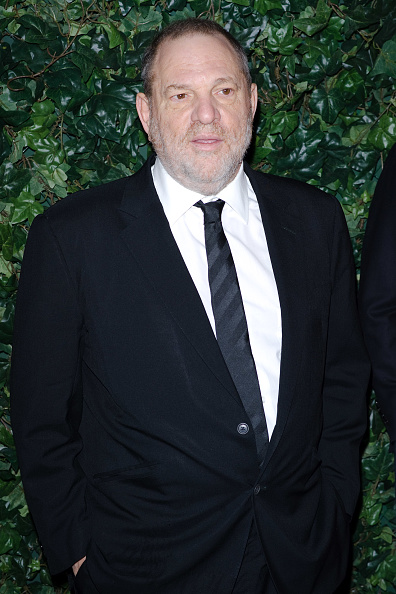 While there has thankfully been a lot of necessary attention paid to the victims of high-profile men Harvey Weinstein, Kevin Spacey, Matt Lauer, and John Conyers, sexual harassment is a wide-reaching problem facing workers all over the country — not just the rich and the famous. According to a recent study put out by the Center for American Progress, more than one-quarter of sexual harassment charges filed with the U.S. Equal Employment Opportunity Commission in the last ten years have been in service sectors, including many low-paying jobs held by women. The CAP’s analysis also showed that the pervasiveness of sexual harassment extends to all industries and occurs every day.

“While there have been a number of stories recently in regards to harassment in Hollywood, this issue is one that crosses all industries and economic groups,” explains Heather Monahan, business founder, life coach, and creator of the #BossInHeels movement.

“Media is highlighting the celebrity side of this issue, which is helpful, but there are so many more stories that need a light to shine on them so this problem can be eradicated from all companies, industries, and parts of our world.

Since news broke of Weinstein’s sexual misconduct, Hollywood stars like Rose McGowan, Uma Thurman, Lupita Nyong’o, and Gwyneth Paltrow have used their fame to speak out against sexual violence and support other victims.

The average American worker facing sexual harassment and assault on a daily basis, however, doesn’t have the same platform available to them. They don’t make news headlines, and often, their trauma doesn’t even make a blip on their companies’ radars.

For many women in the workforce, coming forward to report sexual harassment and assault doesn’t feel like an option. According to the recent data put out by the CAP, women — and particularly women of color — are more likely to take low-paying jobs that have greater power imbalances between employee and employer. Their analysis suggests these environments create an atmosphere of extreme anxiety that prevents victims from coming forward for fear of losing their job.

"Who gets to come forward is directly proportional to how much privilege a person has, Dr. Mastracchio argues, “and race and class have a lot to do with how privileged a person is. I mean, to even be able to say #MeToo indicates you have the privilege to do so.

Most women don’t report their experiences with sexual harassment because they fear punishment from more powerful people within the company, according to Jean Boler, a senior attorney at Schaefer Halleen who specializes in discriminatory patterns in workplaces. “Complaining to HR [will brand] a woman as an outsider. Even if she doesn’t get fired outright, her chances of promotion and success are dimmed,” Boler says. “Every victim weighs the price she will pay against the benefit of speaking up, and sometimes, ‘just taking it’ seems like the better option. Many women just look for another job, hoping the next workplace will be better.”

That’s certainly what I did — but like so many other women, I learned that sexual harassment isn’t confined to one employer, one career, or one industry.

It touches every place of employment, most often at the expense of women who are forced into very uncomfortable, very difficult situations where power and money have the upper hand.

Another reason why victims of sexual harassment and assault don’t report the incident to their employer is because they are confused about what happened. They don’t know what rights they have in the situation according to Daniel Kalish, a leading employment lawyer at HKM Employment Attorneys LLP.

“They often question whether it was illegal or whether it was their fault, explains Kalish. “They also do not want to lose their job, and they fear that if they report the issue, they will surely lose their job as a result.  It’s a real, legitimate fear, and it puts victims who need employment (almost everyone) in a very challenging situation.

If you watch the news, you know that victims of sexual assault — be they celebrities or the average employee — are frequently doubted and asked, “What did you do that allowed you to be sexually assaulted?” A dangerous culture of victim blaming leads to victims of sexual harassment and assault being questioned, condemned, and punished by a work culture that doesn’t understand the basics of the issue.

Kalish argues, “There needs to be clear instructions that all employees are protected by law from reporting any incident, and that it is illegal by the Company to retaliate against the employee.  Most employees do not know this. [There also] has to be swift discipline (up to termination) for any sexual harassment at the office.”

"While it might be tempting to create a simple checklist for employers to follow in order to prevent sexual harassment and assault at their place of business, the problem goes deeper than training and policy," explains#BossInHeels founder Monahan. "Excessive training becomes a joke at companies where the culture is conducive to fear and intimidation. When company culture is broken, endless training is irrelevant.

In order to prevent sexual harassment and assault in the workplace, fundamental changes need to be made to the power systems in place, suggests Dr. Mastracchio. “Taking a close look at privilege and power — who has it, who is abusing it — would be a good place to start. Abuse doesn’t happen in a vacuum,” she argues. “Matt Lauer had a button under his desk that allowed him to lock his door remotely. Who authorized that to be installed? There are multiple steps that must have been taken on an institutional level for this to have even happened in the first place. Taking away the layers of protection for perps is a great way to start.”

Every day seems to bring with it a new story of sexual assault or harassment by powerful men in Hollywood, Washington, and the media. Still, these stories only represent part of the systemic issue of sexual misconduct in the workplace. Confronting this injustice on a daily basis is exhausting, but understanding the issue in terms of everyday American workers is crucial to breaking the dangerous and violent cycle of abuse and power that has gone on for far too long.