What I want you to know about acquaintance rape

If you get your information about sexual violence from the news, then you might think that rapists are big, scary men who wait in dark alleys for unsuspecting women to pass by, alone and unprotected. You might think that rape is committed by unknown monsters, terrifying strangers, and the kind of person you would never surround yourself with. You might even assume that as long as you don’t take a drink from someone you don’t know, you don’t talk to strangers, and you stick to the buddy system — as long as you’re a “good girl” — you’ll be safe.

But you would be wrong.

Thanks to rape culture, merely existing as a woman is dangerous business.

Being a woman is not only scary because of the hooded figure waiting for you in an empty parking lot, or the shady guy harassing you at the bar, or the violent threats you get online (though, to be fair, all of those things are scary and dangerous and damaging, too).

It’s terrifying because of the people you do know — because we live in a society that has normalized sexual violence. The truth is, most acts of sexual assault and rape are committed by someone the victim knows. 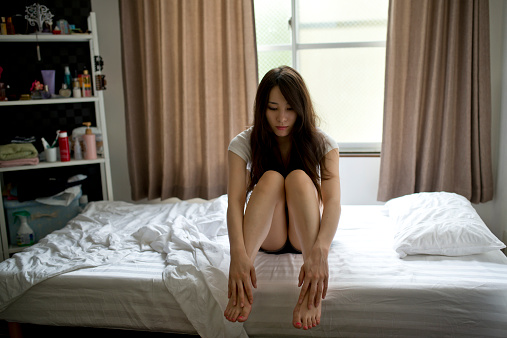 And that’s the scariest part of acquaintance rape: It’s done by someone you trust, maybe even someone you love.

I was a freshman in college when I was sexually assaulted by someone I knew, someone I considered a friend, and someone I had been intimate with before.

At the time, though, I didn’t think of it as rape.

Sure, I had said no, said I didn’t want to, and even used physical force to try to stop it from happening — but I couldn’t be raped by someone I knew, right? Especially someone whom I had been with before? In my gut, I knew something horrible had happened that night, but like so many victims of acquaintance rape, I blamed myself for what had been done to me, and I never reported the incident to the authorities.

Hell, I didn’t even have the guts to confront my rapist. After that night, I just avoided him and tried to pretend the whole thing didn’t happen.

That’s why they call it “hidden rape.”

When sexual violence is committed by someone a victim knows, they’re far less likely to recognize it as rape, let alone report it.

According to the anti-sexual violence organization RAINN, the Rape, Abuse & Incest National Network, 7 out of 10 rape victims know their rapists, which means they aren’t evil villains from TV, and they aren’t unknown immigrants. They’re your mild-mannered high-school classmates who would never hurt a fly, your mutual friend from college who you always see at parties on weekends, your trusted family member — and even your romantic partner or long-term significant other.

But the facts are the facts and ignoring them doesn’t change the truth.

Ignoring these statistics only makes it harder to fix one of the biggest problems facing women all over the world.

It only makes it harder for victims, victims like 18-year-old me, to come forward and get help. And it only makes it easier for rapists to get away with it.

Rape is real and terrifying and can be almost incomprehensible to those who haven’t experienced it — but the fact is that it happens to one in six American women, so it’s crucial we try and understand it. And society needs to stop trying to understand it from the perspective of the perpetrator, who “thought she wanted it” or “was getting mixed signals.” We need to understand it from the perspective of the victim, from the person whose body was violated, whose trust was broken, whose whole life was changed in one violent moment.

April is Sexual Assault Awareness Month, and that gives us the opportunity to shine a light on these issues that are facing hundreds of thousands of people in the United States — and millions of people around the world — every year. But April 30th isn’t the end of the conversation, it’s just the beginning. The end to sexual violence starts with talking.