I’d heard plenty about how the stress of wedding planning can really mess you up. I was prepared for guest list-related meltdowns, budget anxiety, and a tiff or two with a loved one. I’d seen Bride Wars, okay?

But even with my people-pleasing anxieties and tendency to obsess over details, I didn’t find the experience of being engaged all that stressful. I genuinely enjoyed it. As the first in my friend group to get married, I didn’t feel pressure to do” better” than anyone else on my big day, which is perhaps why the specifics of tastings and dress codes and flowers didn’t drive me crazy the way I’d been conditioned to believe they would.

Throughout the process of planning my wedding, though, something else was driving me crazy—and it was the way I felt about my job.

I’ll spare you the details, but what you do need to know is that the impending changes in my personal life (wedding! marriage! hopefully a dog!) seemed to trigger in me the sense that I was in the wrong place professionally. It manifested as nightly insomnia, early morning panic attacks, and the return of disordered eating habits that had been dormant since college. And when I returned from my honeymoon to find that these symptoms were no better, I knew that major changes were in order.

After weeks of teary nights—quite a way to kick off our married life, huh?—I made a decision. I’d leave my corporate job and see if I could make it as a full-time freelance writer.

My new husband Matt and I had been smart about savings. We talked about work and my mental health, and if I was ever going to take a professional risk, I knew this was my moment. Having studied journalism in college, I had contacts in the media world. If I succeeded, it would be an exciting new career doing what I truly loved. If I failed, taking the time to pivot would give me a chance to catch my breath while I applied for other, more traditional jobs. 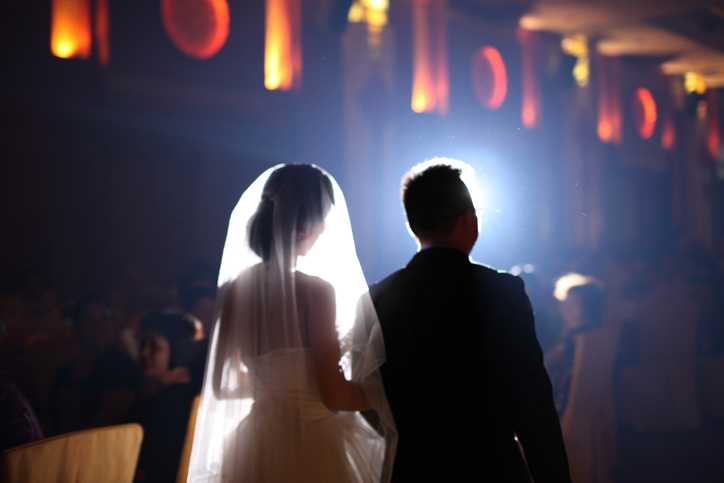 I was well aware of how lucky I was to be able to quit my job and go for my dream, but I was also well aware of the impact of my choice and what it might look like to others. I wished that I could be the kind of person who didn’t care about what people thought of me and my decisions. I wished I was the kind of person that didn’t get in my own head about the so-called “optics” of a situation, but I’m not. (I’m a Virgo.)

As I started sharing the news of my career move, I was constantly on guard for raised eyebrows and overenthusiastic nods. It felt like people were putting mental quotation marks around the word “freelance” when they’d repeat it back to me. Did they think that now that I was married and set up with someone else’s insurance policy, I was just giving up work forever and coming up with a fancy word to describe it? Were they judging me for leaving a job that I’d admittedly been successful at so soon after getting married? Overcoming my anxieties around these kinds of conversations and learning to just let it go was one of the biggest exercises in learning to trust myself. To be clear, I don’t have any judgment about women who choose to divert their work lives so they can focus on family life after getting married, but that wasn’t my path at that moment, and I didn’t want anybody questioning my motivations. (Believe me —if that had been the path I was choosing, I would have owned it proudly.)

Big conversations were happening at home, too. As hopeful as I was about taking on a new career in freelance journalism, I had my fair share of insecurities about what it all meant for my freshly minted marriage. I never wanted Matt to feel an unfair amount of pressure on him to support us, and I wasn’t prepared to feel like I wasn’t contributing enough financially to our marriage. Though I’d never worked in high-paying industries, earning my own money had always been very important to me. Even if I could build a successful writing career, I had to be realistic; I knew it would take a few months to financially fill in the gap between jobs. I also knew, logically, that we’d be fine when things were slow, but it didn’t stop me from stressing over the anticipation.

As I worked my last days at the office, my teary nights continued—this time, while confiding in my husband about these insecurities. I didn’t want to let him down. I believed in my ability to pull off the career move, but I also knew I was throwing a lot of changes into the mix mere months after we’d said “I do.”

Then my husband laid down some serious wisdom: “Money isn’t the only currency in a marriage,” he said. “There are other things we contribute.”

Woah. I’d been with Matt for seven years at that point—and we’d already gotten married!—but he’d just once again reminded me why he was the right one for me. It took me a minute to recover from his moving words

When I did recover, we talked through everything else that needed to be contributed to a marriage to keep it (and the individuals in it) going strong. We discussed the things we’d both be doing for the next few decades to support each other and make life easier and better. I expressed my doubts that those things were objectively equal to a certain amount on a paycheck, but he talked me through it.

When I walked out of my downtown office for the last time a few weeks later, I felt confident that there would always be something for me to contribute to my marriage, even while I worked hard to earn back those paychecks. I was confident I could do that, too. 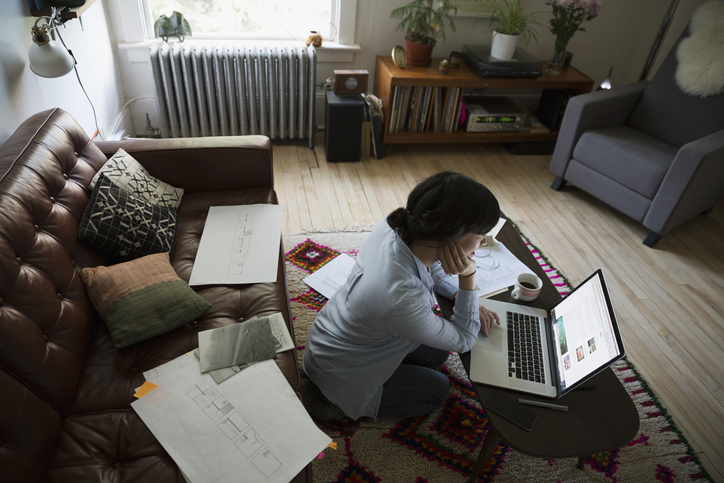 With Matt’s help, I realized that I didn’t have to choose between being unhappy and being an equal contributor to our relationship.

I learned that the contributions and exchanges that happen between partners—in money, in errands, in emotional support, in late night pizza runs—are no one’s business but the partners themselves. It doesn’t matter what it looks like from the outside. I learned that, while a successful long-term partnership does require financial sustainability, it also requires trusting the other person’s gut, believing in their goals, and knowing that they will always show up with fuel for the relationship.

It was hard for me to truly internalize these ideas in those first few months of full-time freelancing from my new home office—especially that first month when I barely made any money at all—but I eventually got there. I was saving us cash by cooking more dinners at home, being a better listener for Matt because I wasn’t so miserable all the time, and transforming into the best version of myself because I was building a new career doing what I do best. That’s how I was very much contributing to our partnership.

For a while, my post-wedding career didn’t look the way I’d always imagined it would, but those months taught me more about marriage than I ever thought possible. Almost three years later, I still don’t take those lessons for granted.