Dream about dying? A dream expert tells us what this means

The 1984 horror movie A Nightmare on Elm Street featured a villain named Freddy Krueger who possessed the terrifying ability to kill someone in their dreams. Such a notion likely spawned a million nightmares, but it didn’t stop the film franchise from earning nearly half a billion dollars worldwide. And though it’s impossible for a fictional boogeyman to murder you in a dream, the grim concept does beg the question: What does it mean when you dream about dying?

You don’t have to be an expert on dream science to recognize that dreams shouldn’t always be taken literally, if ever. When you dream about your teeth falling out, for instance, it probably doesn’t mean that you’re lacking in dental hygiene. According to DoctorOz.com, a dream like this likely means you said something in real life when you should have kept your mouth closed. (Who among us hasn’t been guilty of that at some point?!)

Likewise, you don’t have to have a hidden desire to be Superman in order to dream about flying. Instead, it’s probably reflective of a desire to “soar to new heights and reach a higher level in life than where you are now,” according to What Your Dream Means.

But what does it mean when you dream about dying? HelloGiggles chatted with author and certified dream analyst Lauri Loewenberg to get the low-down on death-related dreams. 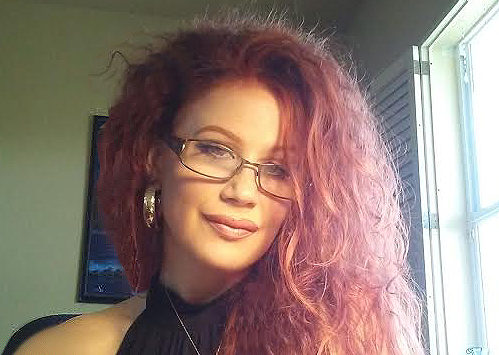 HelloGiggles: What does it mean when you dream about dying?

Lauri Loewenberg: I can assure you, it does not mean you or the person you dreamed about is going to meet their untimely demise anytime soon. Remember, dreams speak to us in a subconscious symbolic language, so if you look at them literally you will not get the message. While in reality, death is the end of life, to the subconscious dreaming mind, death is the end of life as you now know it. This dream often means something within you or your life is changing or ending.

LL: Very! In my research and experience as a professional dream analyst for over 22 years, I would say death is one of the top 10 most common dream elements we get. It is such a common dream because it is connected to the very common life experiences of changes, endings, and letting go. Take comfort in knowing you are not alone when it comes to death dreams — and in knowing this is pretty good evidence that dreaming of death doesn’t mean it will come true. If that were the case, we all would have met our untimely demise by now.

HG: What if we have recurring dreams about our own death? Does that change the meaning behind them?

LL: It doesn’t change the general meaning that some form of change or ending is taking place, but it does mean change is happening in your life directly. What part of you or your life do you need to let go of? In what way are you (or your life) currently changing? What is over now or on its way out? If you have been getting dreams of your own death over and over again for a specific amount of time — for the last three months, for example — that’s a big clue as to what is causing the dreams.

What change started happening three months ago? Or did the change or ending already take place, and you are still dealing with the aftermath? Once it is no longer an issue for you, the dreams will stop. If you have sporadic dreams of death throughout the years, you may find they corresponded to whenever your life changed. When you started a new school, when you moved out of the house, when you changed jobs, when you had a breakup, when you got pregnant, etc.

HG: A common myth about dreaming is that if we die in a dream, we’ll never wake up. Is that true? (Please tell us it’s not.)

LL: Definitely not true! I haven’t spoken to a single dead person who told me that’s what they were dreaming at the moment they died. But I have spoken to thousands who dreamed they died, even had a funeral, and woke up very much alive.

HG: What does it mean when we dream about other people dying?

LL: If it is someone you are close to or someone you deal with daily, then there may be some sort of change happening in your relationship. Or that particular person may be going through a change. Your dream is how you are acknowledging and accepting the change, or warning yourself that a life with [that person] as you are used to will change if you don’t [spend] more time together.

Dreaming that someone else dies can also be about change within yourself. Most of the time, other characters in our dreams will symbolize parts of our own personality, [an aspect] of that “person” you recognize in yourself. For example, dreaming of our father dying is often connected to feeling like we have lost something in ourselves that is like him. I have found in my research that our fathers most often represent our own ability to bring home the bacon and manage the bacon, and dreaming of our father’s death often happens when we are going through a bit of a financial crisis.

HG: How can we interpret dreams about dying to make changes in our lives?

LL:If you are having dreams of death, odds are change is already underway. Ask yourself: What in my life, or in my own mind or body, is changing or over? What has come to a close? What needs to be over? Once you have identified it, ask  yourself, am I okay with this change or ending?

If you are okay with it, then just look at your dream as acknowledgement of the change and that you are letting go of the past in a healthy manner. If you are not okay with the change, then it may be time to take action, to do something to “resurrect” what you fear you are losing.

In a nutshell, death dreams are nothing to fear. They mark the passage of time and the changes we go through. They help us accept what is changing and let go of what is over, freeing us to embrace what is to come!

“What does it mean when you dream about dying?” is a question everyone probably asks at one time or another. And now we know: Dreams aren’t always what they seem. So instead of worrying about your impending demise after dreaming about death, just remember change is in the air. Will you make the most of it?