Fresh produce, spaghetti with homemade sauce, and apple pie – if this is your diet, you’re doing okay. Last night’s season 7 midseason finale of The Walking Dead included plenty of shocking events at Alexandria. It also included characters eating *all* of those things – and more. In fact, we were sort of preoccupied by it. After all, we count on The Walking Dead for its heart-pumping action, its sometimes shocking violence, and its badass characters. We don’t count on it to make us hungry.

It started with Maggie, eating an apple that Gregory begrudgingly gave her. That’s the perk of being pregnant, we guess (Which pales to the overwhelming danger of being pregnant during the zombie apocalypse, so, she deserves that apple. She deserves all the food. Someone bring her a pie). 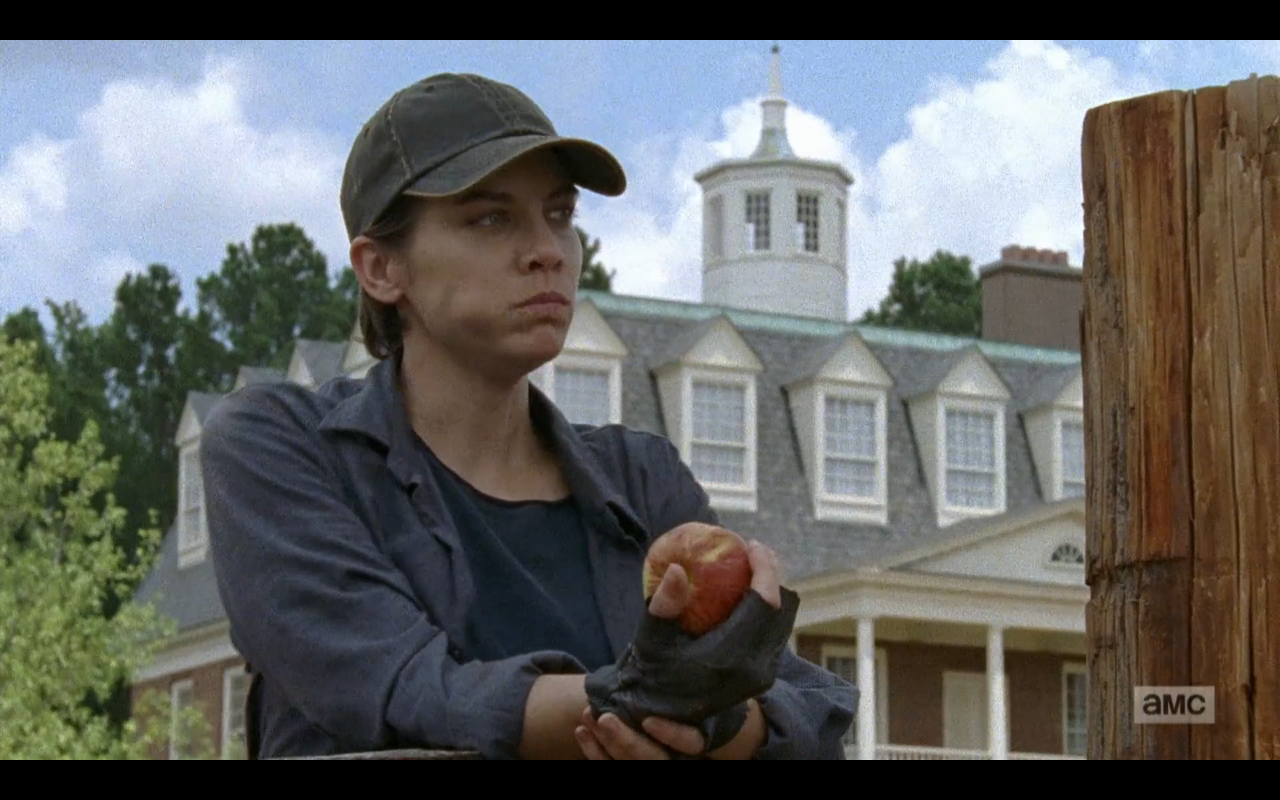 Then there was Carol, showing off the groceries King Ezekiel brought her. Yep, that’s a basket of fruit like apples and nectarines next to a basket full of squash and tomatoes. 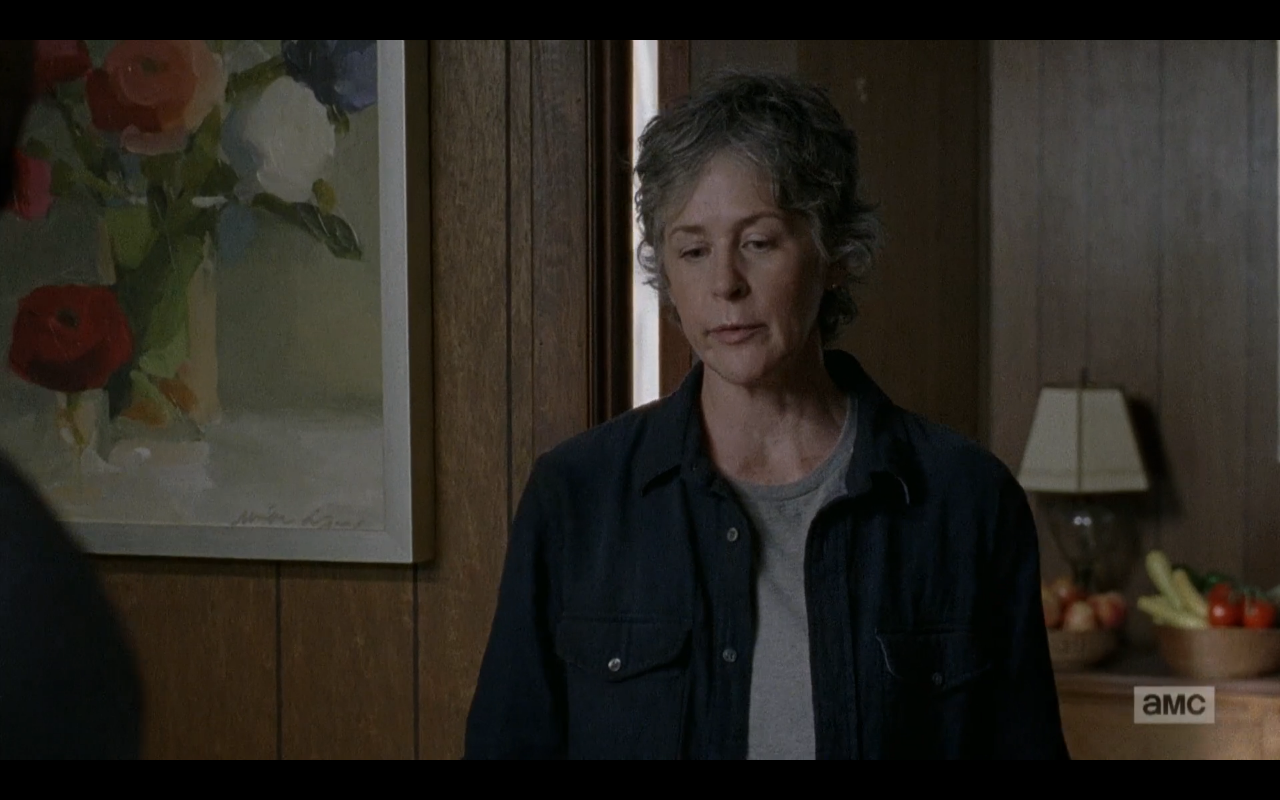 Next, there was the weird family dinner with Negan, Carl, Judith, and Olivia. And, Negan’s baseball bat, Lucille, because it gets a place setting. Negan made the spaghetti sauce. TBH we had no idea he could cook. 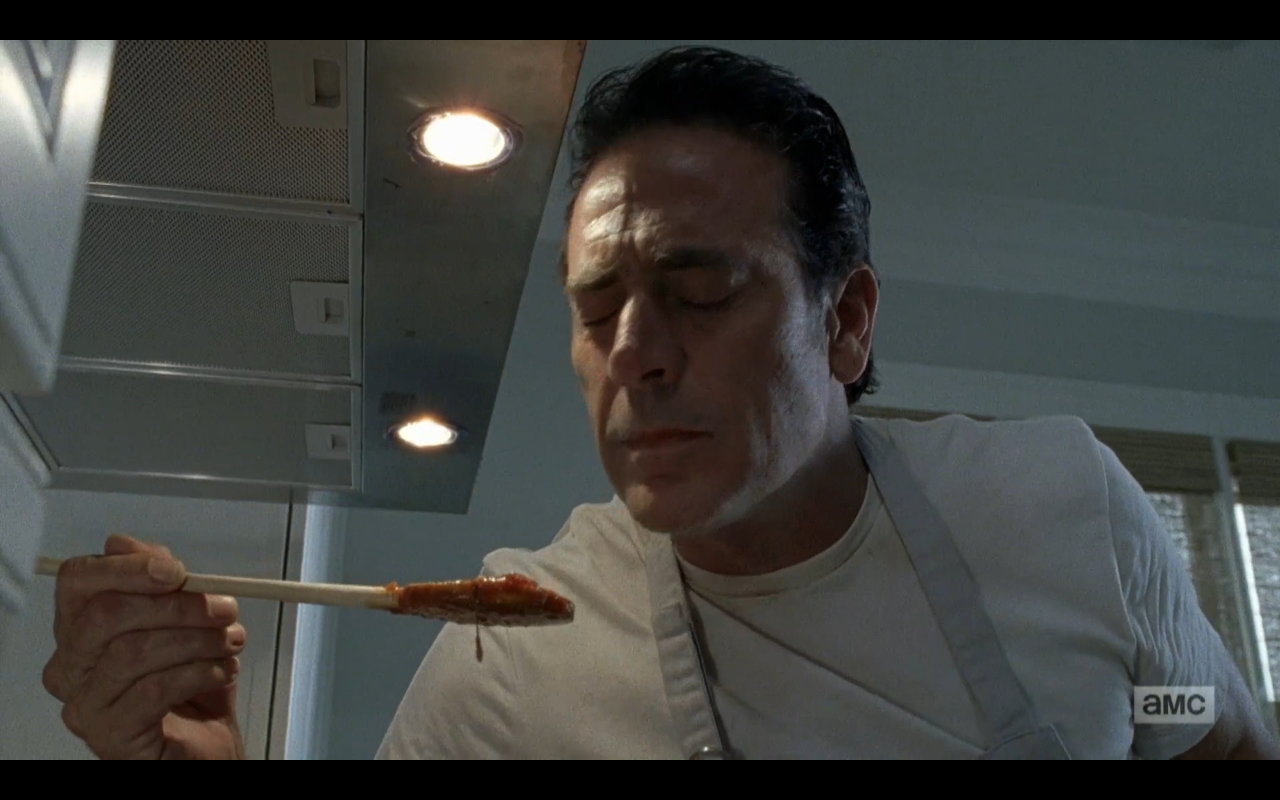 Here’s the full meal, with the awkward group of dinner companions. But looking at the spaghetti and those fresh rolls, we’re getting kind of hungry. 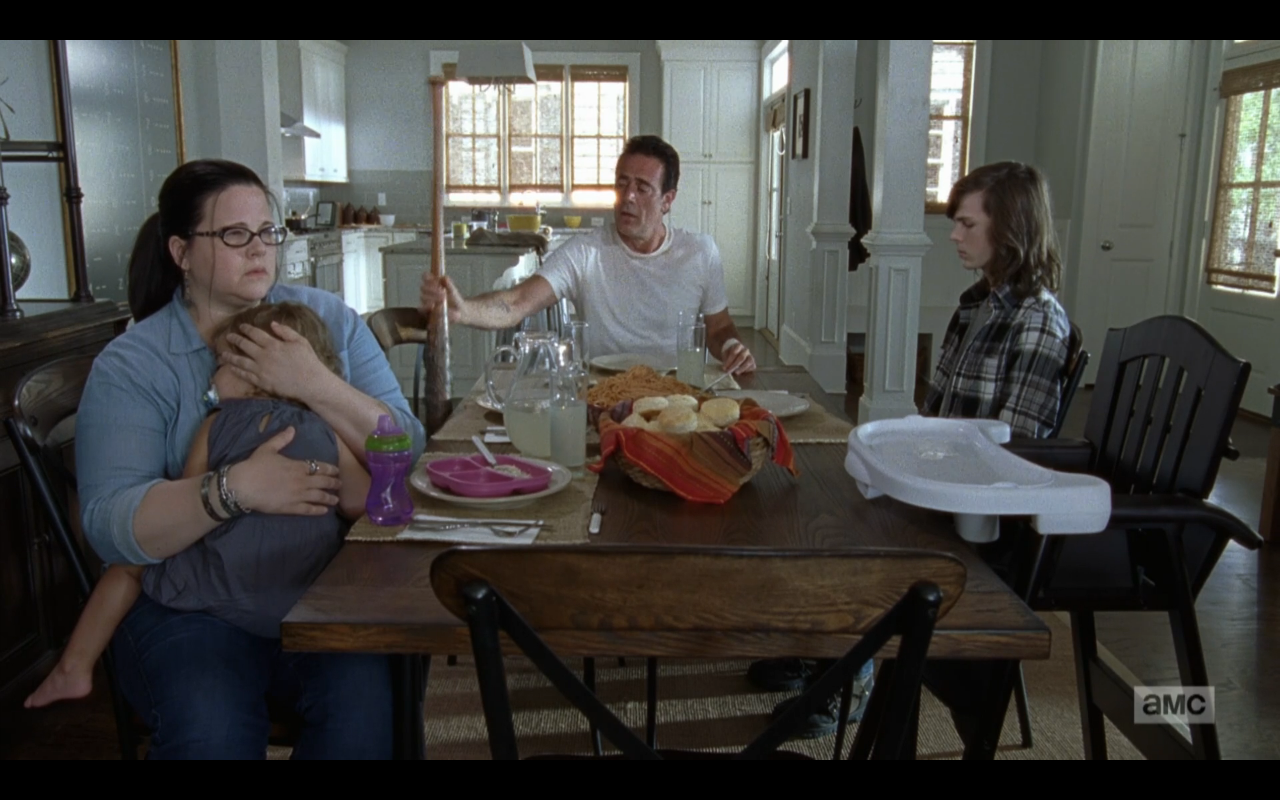 After that, we got some people eating at The Sanctuary. Daryl, in the process of making his escape, found some peanut butter and went to town. 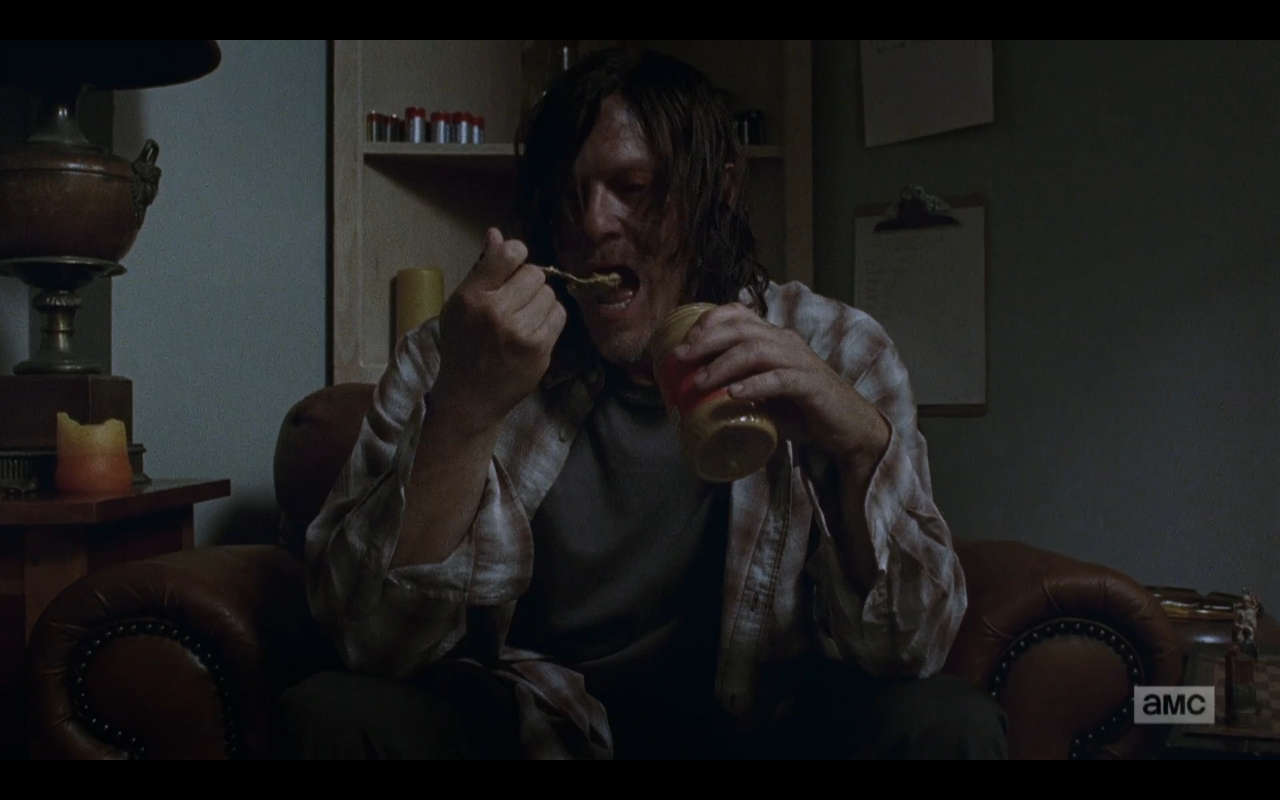 He *has* been eating dog food sandwiches this whole time, so we guess it makes sense. Then there was Fat Joey (it’s what other characters actually call him) eating a sandwich that looks fresh and delicious. 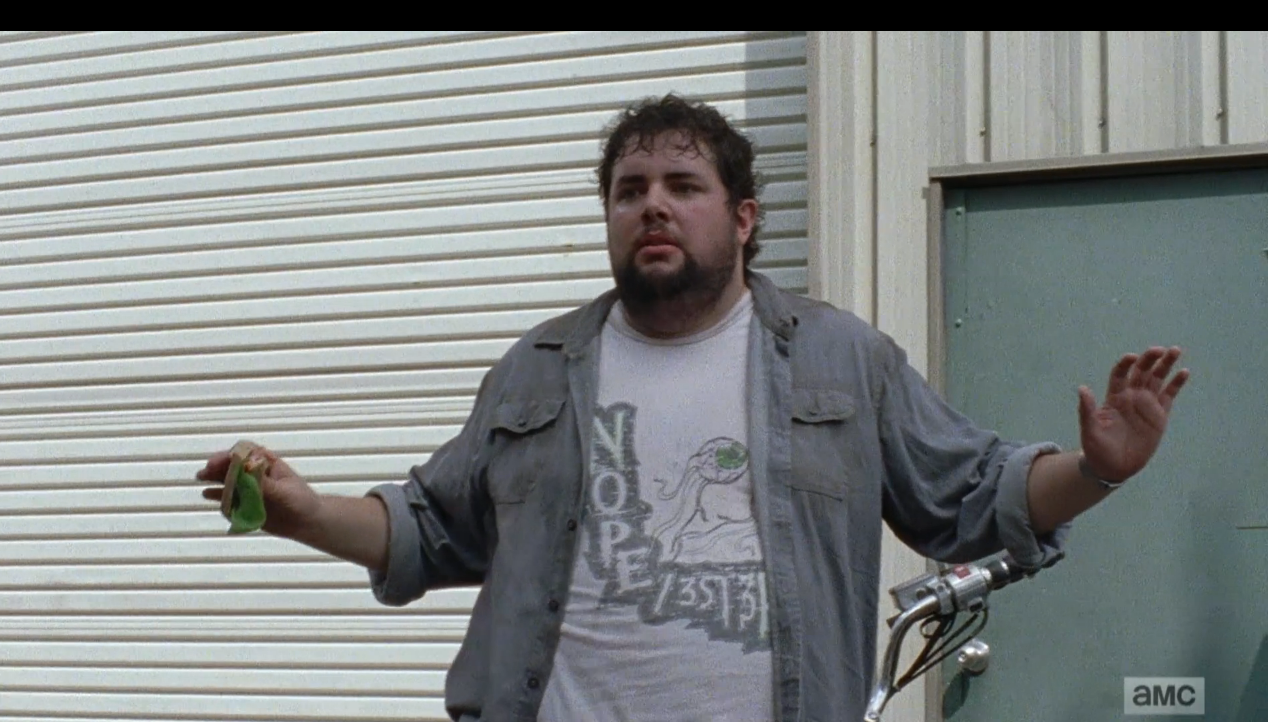 After that, we’re back with Maggie at The Hilltop. She, Enid, and Sasha have plenty of fresh veggies, too. It’s actually kind of startling – we know people are farming, but does everyone at each community get that amount of fresh produce everyday? If so, characters on The Walking Dead are eating better than we are. 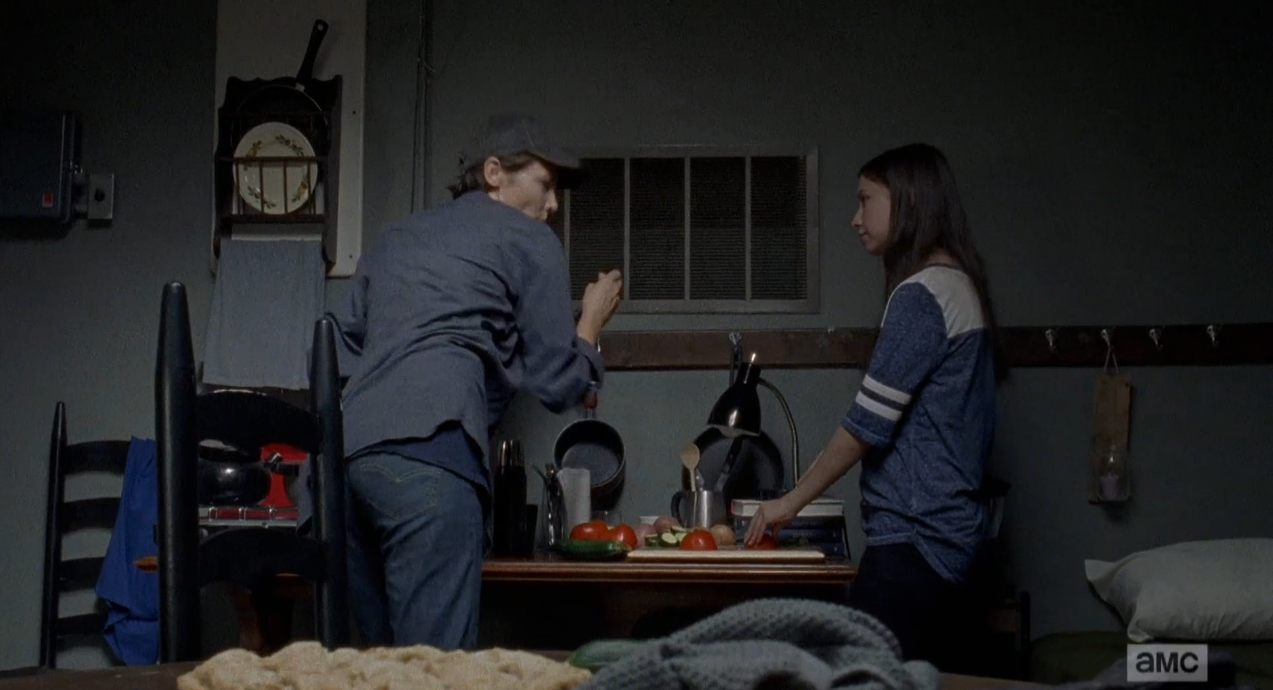 Oh, and then Sasha brings in that pie! Yep, a fresh apple pie. Now we’re legitimately envious. Maggie eats a slice right out of the pie plate. Oh, but then she goes to get milk, because of course she does. 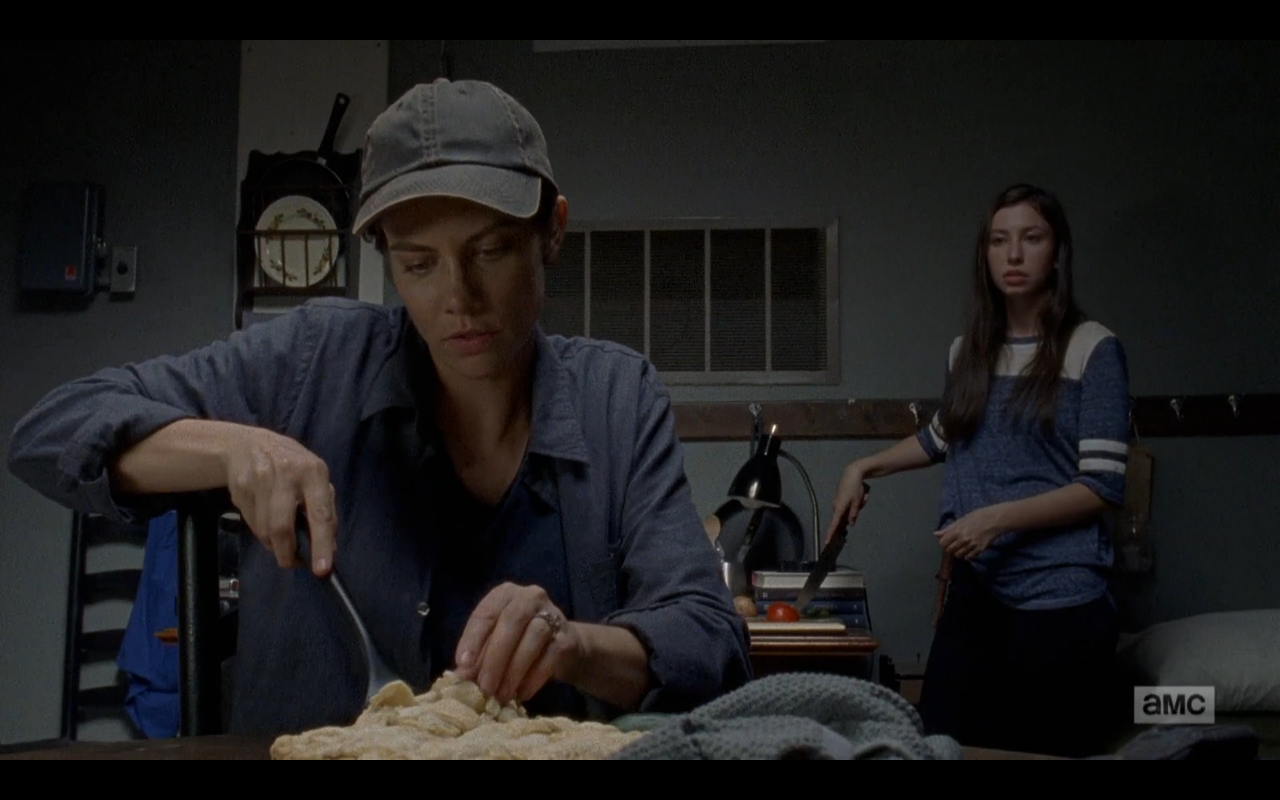 We get that living during the zombie apocalypse must be tough. Still, the characters on The Walking Dead seem to be eating mouthwatering goodies all the time. Now, excuse us, but we gotta go make a snack.