We now know why the house is haunted on “American Horror Story: Roanoke”

If you have not watched the second episode of American Horror Story: Roanoke, WHAT ARE YOU DOING HERE? It’s time to discuss the ~deeper forces~ at work when it comes to the Roanoke house — aka Murder House 2.0 — and exactly how and why it came to be haunted.

At least, we *think* it’s haunted. Otherwise, what the heck.

In the first episode, “Chapter One” Shelby got a quick look at figures who were wandering around inside of her new house. They appeared to be nurses, and we immediately assumed that they were the nurses from Season 1’s Murder House. We were half right. They are in fact nurses, but they are not from Murder House. These nurses are actually here for a different kind of murder. 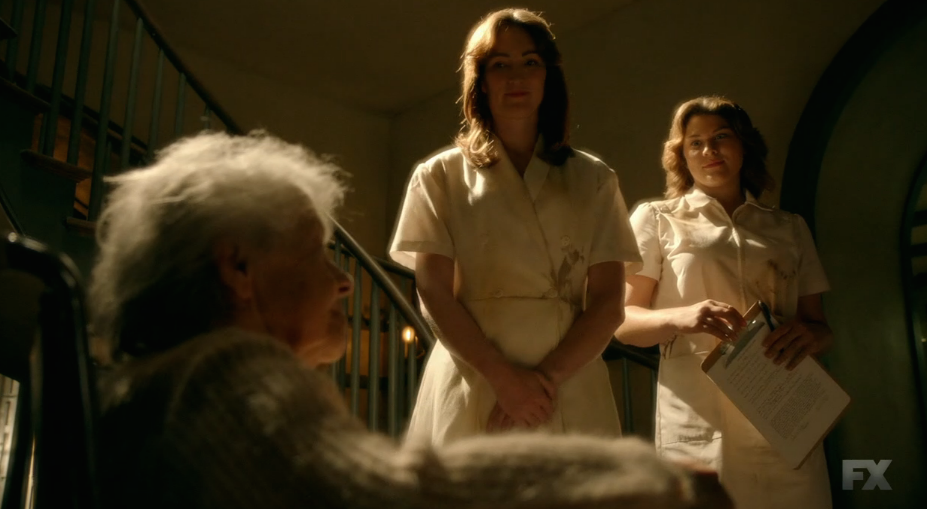 These nurses are sisters, and their names are Bridge and Miranda. They moved into this house in Roanoke and set up an assisted living facility for the elderly, but instead of actually caring for them, they murdered them.

The sisters were also looking for very specific elderly patients to take in: They were looking for patients whose names spelled out their favorite word, MURDER. We see them kill a woman named Margaret, and then spray paint a giant M on the wall. It’s all sorts of creepy, and also the sisters didn’t finish spelling out their favorite word!! Before they could get to the letter R, ~something~ drove them out of the house, and they were never seen again (ummmmmmm, where are they?). 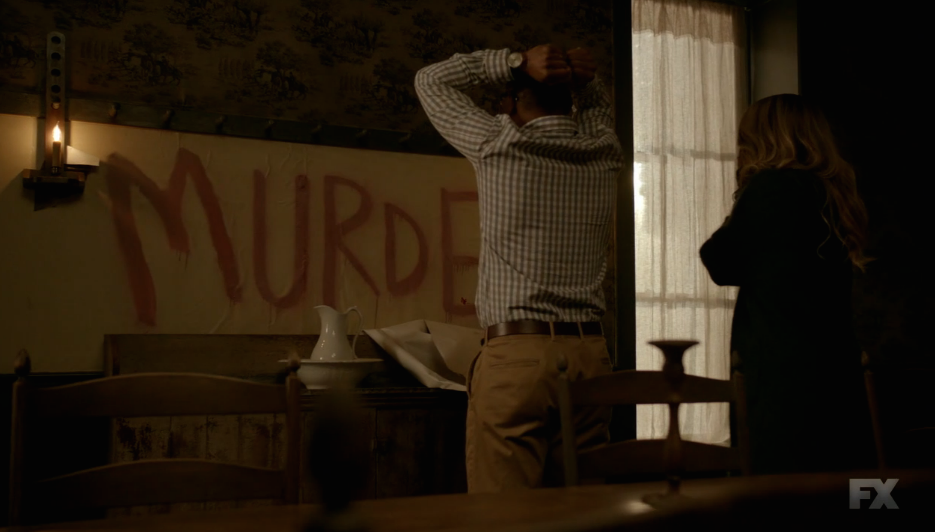 However, their spray painted MURDE still remains on the wall. Know that super creepy wallpaper we got a nice close-up of in the first episode? It was put up over the MURDE, so no one would realize, you know, that the house is seriously twisted.

So this explains WHY Shelby and Matt sense danger in the house — and also explains all the strange things they keep seeing, like these nurses. This does not explain the other forces at hand, or why Bridget and Miranda left in the first place. It also doesn’t explain WHY they were trying to spell out murder (and, what happens if they were actually trying to spell out something else??).

With each new piece of information we learn about AHS: Roanoke, it’s like we suddenly have a billion more. Typical.