8 simple ways to prevent a UTI

Dealing with a urinary tract infection (UTI) is one of the most dreadful things on the planet. You feel like you constantly have to pee, even though nothing comes out when you sit down on a toilet, and whenever you finally do urinate, it feels like an army of daggers is being shoved up your urethra. This may sound painfully familiar to you. Unfortunately, women are simply more prone to contracting UTIs than men are, mostly because our urethra is much shorter than a man’s, so the bacteria that causes a UTI gets into our insides much easier.

Almost half of all women will experience a UTI at some point in their lives, but that doesn’t mean you can’t do something to prevent catching this infection. Luckily, there are a few easy steps you can take and habits you can adopt that will ward off UTIs. If you do experience symptoms of a UTI, though, don’t waste any time. Call your doctor and schedule an appointment.

Here are eight ways you can prevent a UTI.

1. Drink lots of water every day

The more water you drink, the more often you pee. And every time you urinate you flush out bad bacteria that could potentially creep up and cause a UTI. The recommended amount of water for adults is about 9 cups each day, but more than that definitely won’t hurt, especially if you’re prone to contracting UTIs.

2. Don’t hold your pee in for too long

If you’re waiting a long time to empty your bladder, you’re potentially letting a lot of bacteria build up in your bladder. Any stagnant fluid that sits around for a long period of time is the perfect place for a UTI to develop. If you’re drinking enough water, you should be peeing every couple hours.

If you’re having sex and you’re not that lubricated (hey, it happens to the best of us), your urethra might become irritated, which makes it a conduit for bacteria. Play it safe by emptying your bladder shortly after you’ve had sex. That will flush out all the bacteria that’s in the region. If you don’t have to pee right away, drink a tall glass of water and you’ll go in no time.

4. Always wipe from front to back

We were taught this trick when were little kids, but it doesn’t hurt to be reminded as an adult. Whenever you pee or poop, make sure you use the toilet paper to wipe from the front to the back — never the other way around. If any of the bacteria from your anus or poop gets anywhere near your urethra, you run the risk of catching a UTI. 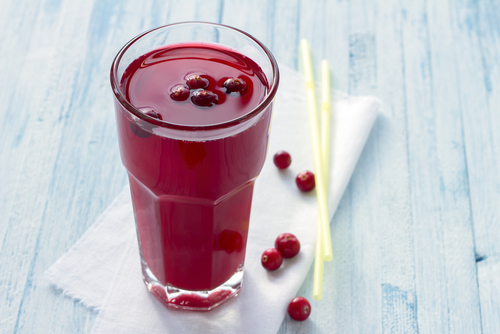 Several years ago, the American Chemical Society presented a study that showed how effective cranberries can be in preventing UTIs. Cranberry metabolites were shown to prevent E. coli, the bacteria responsible for UTIs, from teaming up with other bacteria. This stops it from multiplying and turning into a nasty infection. Remember, cranberry juice isn’t listed as a treatment for someone who already has a UTI, but researchers found that it is a great way to prevent a UTI.

If you’re going to drink cranberry juice, make sure it’s natural, not from concentrate, and sugar-free. If you don’t the taste of it, look into taking cranberry supplements if you’re nervous about contracting a UTI.

Time to raid your underwear drawer and maybe restock! All-cotton panties are your new best friend when it comes to preventing UTIs. Synthetic fabrics hold in moisture way more than cotton does, and any tight, damp environment is a breeding ground for bacteria.

It’s especially important to wear breathable undies when you’re exercising or doing any kind strenuous physical activity. Experts also recommend you steer clear of thongs when you’re working out. All the friction can cause inflammation and make it all the easier for bacteria to fester.

7. Change out of your sweaty workout clothes as soon as you can

Again, any small, damp environment is the perfect place for bacteria to grow and turn into a UTI. Nothing’s wrong with staying in your yoga pants for an hour or two after your hot yoga class is over, but don’t make it a habit every single day to wear your sweaty leggings for hours on end. You don’t want to give the bacteria the chance to multiply.