I look several years younger than I really am, and it affects my entire life

My favorite game to play is simple: Guess how old I am!

This is a game that I get to play A LOT. Upon meeting someone, you always mentally try to figure out how old they are, right? I know I do. Upon meeting me, many peg me as far younger than I am, and only after a few conversations with me, in which I reference things from the very early ’90s, will they be like, “Wait a second, don’t mean to be rude, but how old are you?” That’s when I say, GUESS! GUESS!

No one ever guesses correctly.

We can play that game right now. In the following pictures, try to figure out how old I am.

The picture below was taken last week. The only thing that’s changed is that now I have glasses. 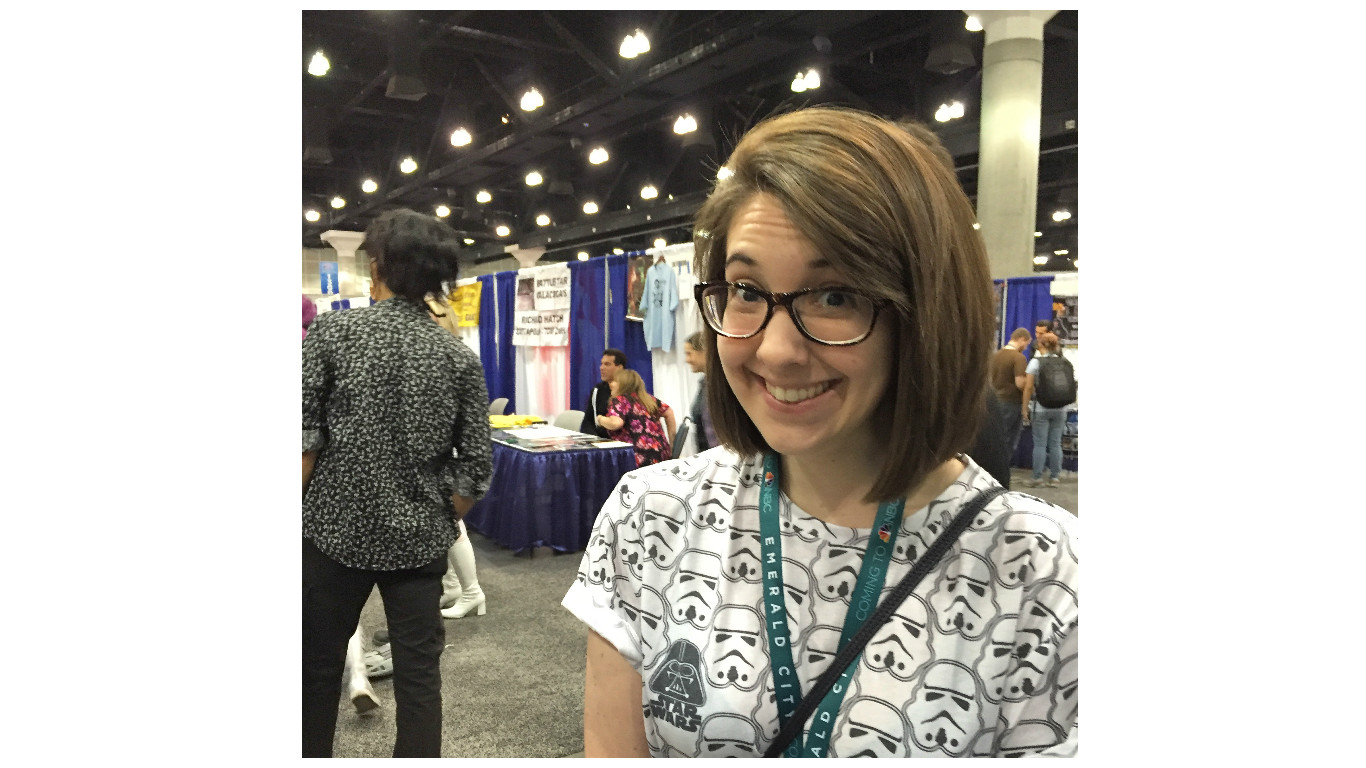 I look ridiculously young, I know I do. I’m 28 right now; many think I’m maaaaybe 21. I have never not been carded for an R-rated movie or a drink at a bar. When I go to the doctors, the nurses always ask if my parent or legal guardian is waiting for me outside, because there’s no way I could have driven myself to this appointment all alone. Not too long ago, I was sitting in the exit row of an airplane, and the stewardess came over to DOUBLE CHECK my age to make sure I was AT LEAST 16. And I was like, “I’m fine.” And she was like “Are you sure?” And I was like “Yes, I’m actually old enough to rent a car.”

If I had a dollar for every time someone told me, “Oh, but you’ll be so thankful when you’re older!” I could buy my own spaceship, and we could all fly to the moon together and leave this place. Right now, I do not care that that I’ve been blessed with the Paul Rudd Anti-Aging Voodoo. I want to look older right now. And at this point, I’ve been living with this for so long it has really started to get to me. It feels like I can’t do or attempt anything without the question of my age getting in the way, and when it comes out, it’s usually awkward.

Like, a few weeks ago I went to a press event, and I found myself standing with everyone else from the press, and we were all mingling and chatting. I was standing with others who looked about my age, but come to find out, they were all interns. These interns were complaining about how their internships were ending in a few short weeks, and then turned to me to hear about my school-credit job. I told them I wasn’t an intern, and instead an adult with a full-time, salaried job with benefits. They looked at me like I HAD to be lying. Then they looked at be like I was some sort of wunderkind because I was probably 23, fresh out of college, and already had a cool gig. Either way I slice it, I’m uncomfortable.

Then there’s the whole Girl About Town thing that I do, where like I go and rent my own apartment and go to the car dealership for an oil change. Even though I’ve done both of these things countless times before, I’m always treated as if this is my first time. People look at me like, “look at this kid playing Big Girl! She’s sooooo adult.” Then people try to adultsplain things to me (I just made this word up). It’s like these dudes at the car dealership are super protective of me because this has to be my first oil change, and they walk me through every single step, and like, I’ve got places to be and things to do, dude. Just change my oil.

Meeting the opposite sex is even worse. It usually goes one of two ways: Either the guy is my age, but hitting on me because he thinks I’m WAAAAY younger; or he’s WAAAAY younger and hitting on me because he assumes we’re the same age. Do you know how weird it is to constantly get hit on by college juniors when you’re ALMOST 30? On the flip side, most guys I approach (when I muster up enough chutzpa to do so) dismiss me as being a college junior myself. I can’t win.

This leads me to ask a simple question: “What am I doing wrong?”

Thing is, I’m not doing anything wrong. This is just how I look, and I’ve accepted it at this point. It’s just SUCH A HASSEL. Stack me next to other 28 year olds, and it’s like “Get this kid out of here.” Since you probably don’t know any of the other 28 year olds I know (unless we’re friends IRL, I guess), here are some 28 year olds you might know…and me:

When you’re little, all you want to do is grow up. Then you grow up and you’re like “WAIT WAIT, NO TAKE ME BACK.” The thing for me is that I did grow up, but everyone still assumes I’m somewhere in that ~growing~ phase. I’m not. But I’m also not about to walk around with a sign pinned to my shirt that tells people I was born in 1987.

I mean, I could. Something absurd like that is actually within my character. But I won’t do that… yet.