A few months ago, my co-editor Anna sent me a link to BuzzFeed’s in-depth article about an abusive mother and her child — one of the most devastating cases of Munchausen Syndrome by proxy that doctors and detectives had ever seen. It was the story of Dee Dee and Gypsy Rose Blancharde, and mother and daughter are now subjects of the documentary, Mommy Dead and Dearest,which premiered on HBO on May 15th. The documentary delves into the circumstances behind Dee Dee’s murder, organized by her daughter Gypsy and committed by Gypsy’s then-boyfriend.

For those who are not familiar with the case, Dee Dee abused Gypsy for her entire life. Dee Dee not only convinced her child and those around her that Gypsy was severely disabled — she also forced Gypsy to take aggressive medications and undergo invasive, unnecessary surgeries (eye surgeries, removal of salivary glands, insertion of feeding tube, etc.). Additionally, Dee Dee forced Gypsy to use a wheelchair, claiming she had muscular dystrophy and couldn’t walk. As one psychologist in the documentary explained, Gypsy experienced life as Dee Dee’s hostage — and after doctors, police officers, social services, and family failed her, she turned to murder to escape.

Originally facing life in prison before the severity of the abuse she endured was revealed, Gypsy is now serving 10 years in prison. She will be eligible for parole after serving eight and a half years.

Understandably, the documentary has captured the attention of seemingly everybody with an HBOGO account.

Here, we have put together a list of some of the most devastating, powerful, and shocking moments from Mommy Dead and Dearest.

***Just a heads up, if you have not seen the doc, this list gives away a lot of details.***

1. When it was revealed that Dee Dee possibly killed her own mother.

2. When Dee Dee’s family said that, after Dee Dee died, none of them wanted her ashes. As a solution, a few family members wanted to flush Dee Dee’s remains down the toilet.

3. When it was explained that Gypsy’s mother had a tube implanted in her daughter’s stomach, so she would be in control of what went into Gypsy’s body. 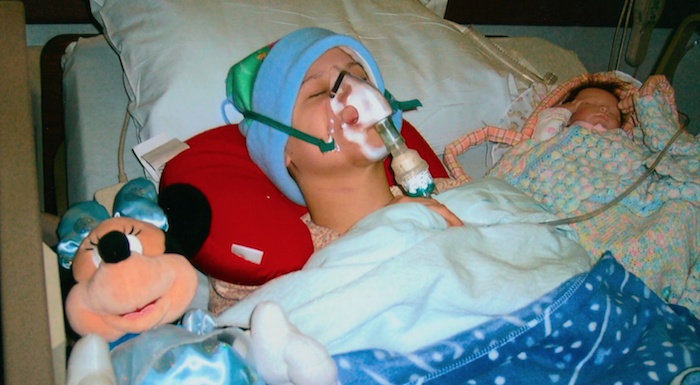 4. When Gypsy revealed that she “felt nothing” when her mother was being murdered in the other room — because, ironically, Dee Dee had her on Xanax.

5. When Gypsy explained that her boyfriend, Nicholas Godejohn, wanted to rape her mother after murdering her — but Gypsy told him to rape her instead.

6. When the doctor who suspected that Dee Dee had Munchausen by proxy syndrome didn’t even try to report it, for fear that no one would believe him. 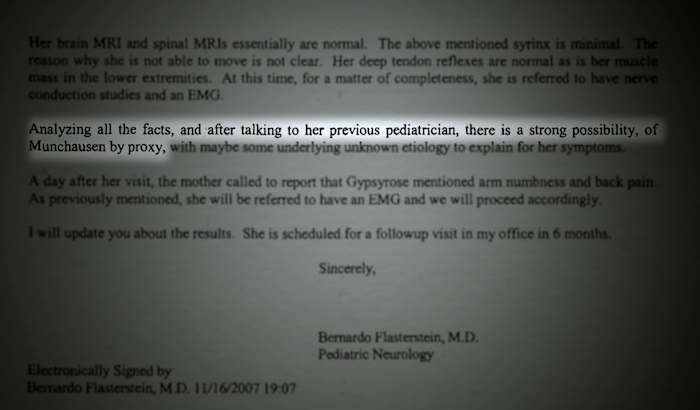 7. When one of the detectives stated that Gypsy and Nicholas had the murder weapon shipped to his parents’ house.

8. When we find out that police officers had visited Dee Dee and Gypsy’s home under suspicion of child abuse — but Dee Dee managed to manipulate the officers into believing that everything was fine. Police never visited them again.

9. When a home video was shown of Gypsy as a baby, pointing to her “cranial” and “phalanges” when instructed to do so by her mother. She appeared to be incredibly intelligent, and could have gone far had Dee Dee not stunted her educational growth. 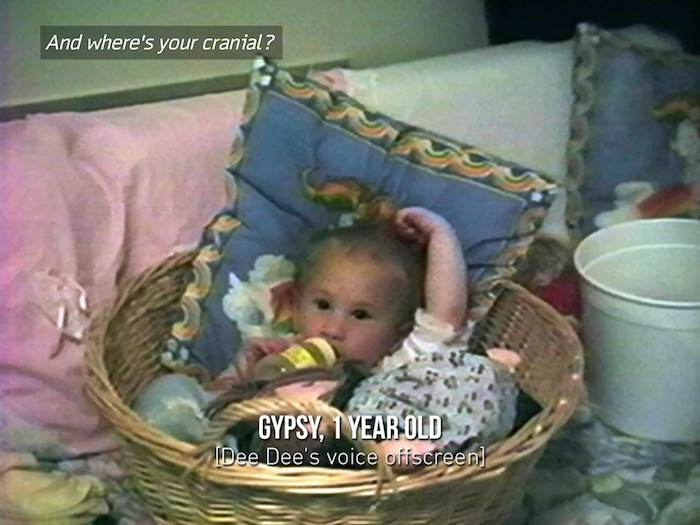 10. When Gypsy revealed she had first attempted to escape Dee Dee’s abuse by running away to live with someone in Arkansas — but Dee Dee discovered her whereabouts in a matter of hours. After Dee Dee forcefully brought Gypsy home, she smashed her phone and computer with a hammer, and threatened to smash Gypsy’s fingers with a hammer should she ever run away again.

11. When Gypsy describes having imagined herself as a little bluebird trapped in an invisible cage all her life.

12. When we see video tapes of Gypsy manually moving her legs as she plays in the snow, and squirming on the floor in a ballet class because Dee Dee had taught her to not use her legs. 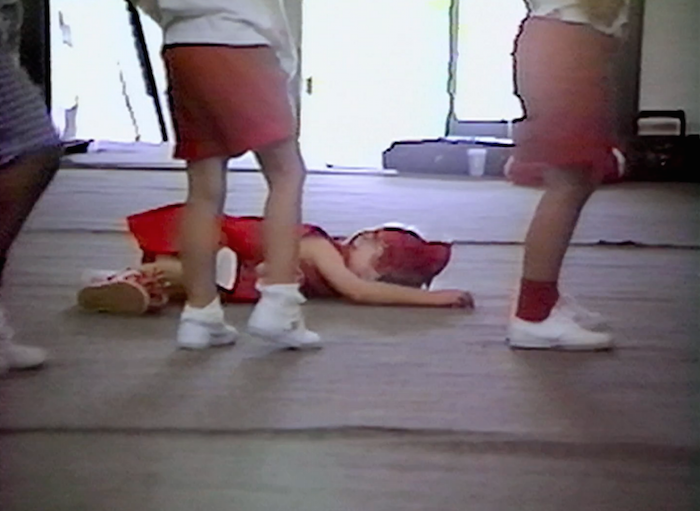 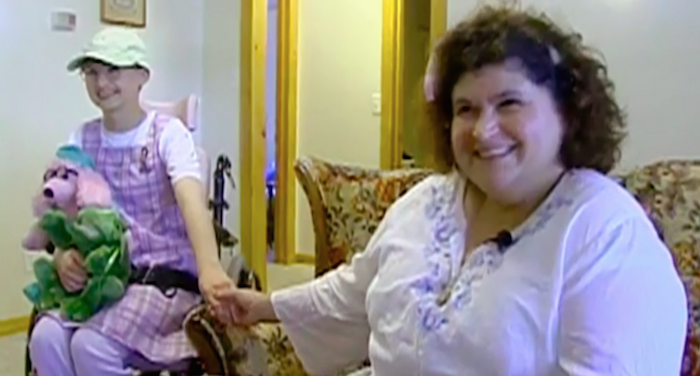 15. When a detective explains that Dee Dee had asked for copies of all of Gypsy’s medical records, which is how she learned that a doctor had grown suspicious of her. Dee Dee never brought Gypsy back to the medical center where that doctor worked.

16. When it is explained that medicine Gypsy was forced to ingest likely caused many of the disease symptoms that doctors thought they were treating.

17. When we see a photograph of Gypsy’s “medicine cabinet” — which was actually an entire closet overflowing with medication. 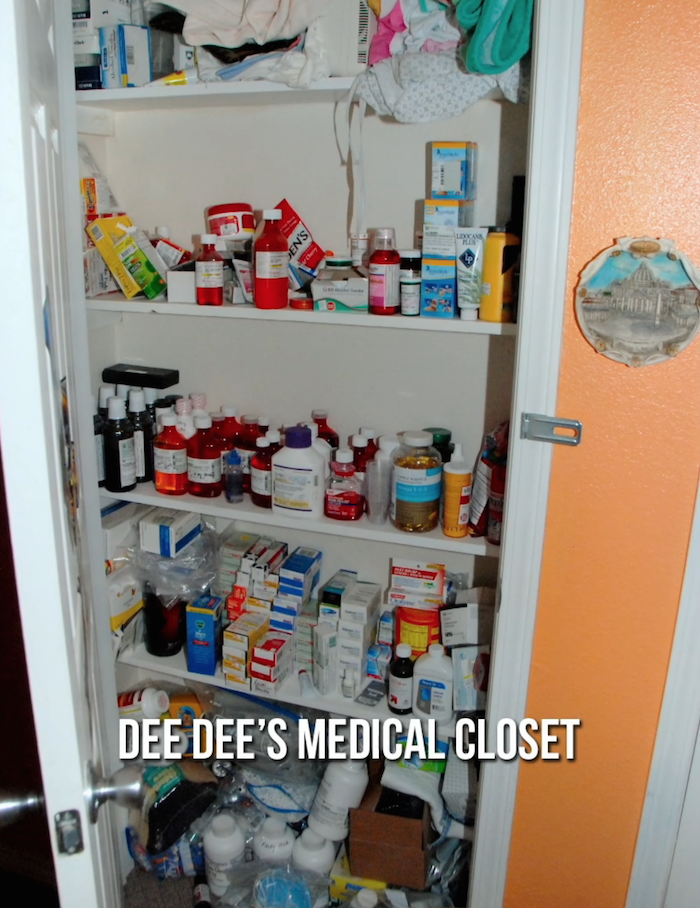 18. When numerous home videos of Dee Dee and Gypsy’s private life were shown, as Dee Dee constantly filmed Gypsy. One would assume that deceptive Dee Dee would keep their home life hidden. Was this another way to get attention and falsely inhabit the role of a doting mother?

19. When Gypsy’s father described calling Gypsy to wish her a happy 18th birthday, and Dee Dee stopped him. She explained that he couldn’t tell Gypsy she was 18, claiming that Gypsy was not intellectually able to understand her age.

20. When Dee Dee’s parents share that Dee Dee was wanted for fraud in parts of Louisiana. 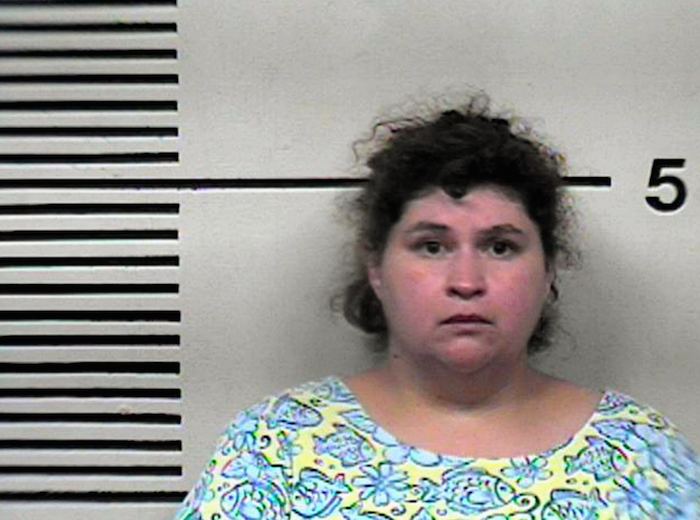 21. When Gypsy revealed that her mother’s last words to her — hours before the murder — were: “Don’t hurt me.”

22. When Gypsy said goodbye to her dad and stepmom after they visit her in prison, she replied, “I’ll be a good girl.” She used to say this when her mother was upset with her. 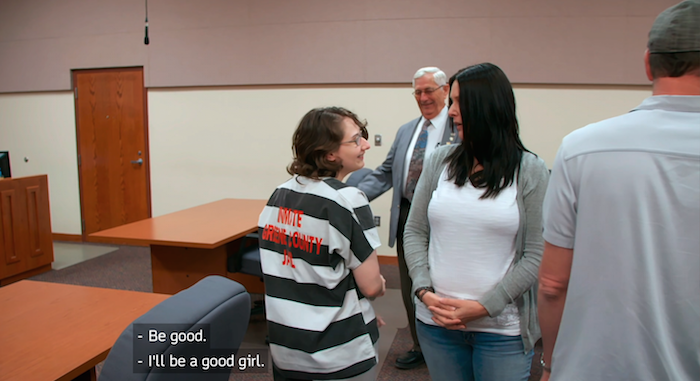 23. When Gypsy answers the interviewer — without hesitation — that, yes, living in prison for 10 years is better than living with her abusive mother for another 10 years.