The girl’s guide to surviving the zombie apocalypse, as learned from “The Walking Dead”

If you don’t have a date lined up for Valentine’s Day, fear not, The Walking Dead returns to AMC tonight to provide us with all of the requisite blood, guts, longing, and trauma that many of us already associate with the holiday. The truth is, watching the show might be more useful than a date, anyway

Here are 10 lessons from The Walking Dead that all women should keep in mind when prepping for the zombie apocalypse:

Become a hoarder of birth control

Lori’s birth scene at the prison in Season 3, is one of the single most harrowing things we’ve ever seen on television. And for those of us who remember what Carl had to do after, the message is clear — in a post-apocalyptic world, just don’t get pregnant, y’all. Turns out, the almost completely silent baby Judith is a trooper, but think about it: What are the two most challenging things in the world? 1. Raising a child, and 2. Surviving a zombie apocalypse. Attempting to do those two things simultaneously is basically asking for disaster. Hoard your fave contraception, everyone.

. . . And while you’re at it, become a hoarder of plastic bottles

Plastic is horrible for the environment. It’s even horrible for you if the bottle is too old. But in the apocalypse, plastic bottles are basically your best friend. Light, abundant, and 100% necessary for staying hydrated on those endless walks to the next safe(ish) place. You’re going to want to keep as many as possible in your over-sized backpack for the next time it rains and you’re literally on the verge of dying of thirst. You probably don’t need to worry about the environment once most of humanity is dead — without us here screwing things up, it’ll likely recover in time, anyway.Don’t forget your homemaking skills 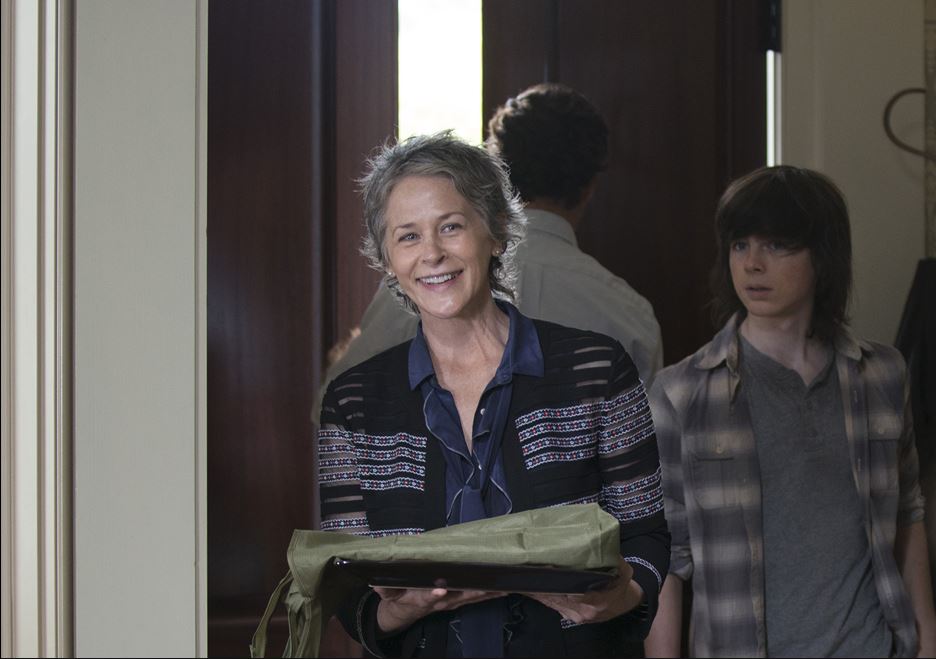 It’s important to remember how to keep a clean and orderly household. Not because that’ll ever actually be of any practical use to you in the apocalypse (goodbye, laundry!), but because, in the event that you stumble across a secure town of people living in suburban bliss, it’s important to be able to assimilate and disguise what a cold-blooded killer you’ve become, out on the road. Carol – who has no qualms about killing women and children if it means the continued survival of the core group – disguised herself as a right little Suzy Homemaker in Season 5. No one in Alexandria realized she even had any skills beyond making cookies until the Wolves broke in and started hacking people’s faces off.Accept that your time with your limbs may be temporary We’re not suggesting that losing an arm or a leg isn’t super traumatic and painful, but when the choice is that or death, we know which one we’d prefer. Not only did Hershel avoid death-by-zombie-bite by having his leg hacked off, he got around perfectly well on crutches afterwards for, like, months! And let’s not forget Merle – that lunatic sawed his own hand off to escape handcuffs and certain death-by-walkers, only to find his own silver lining in the form of a permanent Edward-Scissorhands-esque arm extension. In the Walking Dead universe, losing a limb could mean gaining permanent weaponry attached to you. Things could be much, much worse. Do not attempt to farm — ever Anytime anyone gets comfortable enough on The Walking Dead to start planting crops, something horrendous happens immediately afterwards. In Season 3, Hershel was all, “Hey guys, leave those guns inside. I’m gonna show you how to make food with the ground now!” and the next thing you know, he’s getting beheaded. Then, in Season 5, all poor Deanna had to do to seal her fate was to draw a plan of what could be grown in Alexandria. About two minutes later, she was bitten and facing down a house full of undead. The lesson is clear: Do not farm, do not think about farming, and certainly don’t ever suggest it out loud. You’ve as good as signed your own death certificate. Don’t sleep with the bad boy 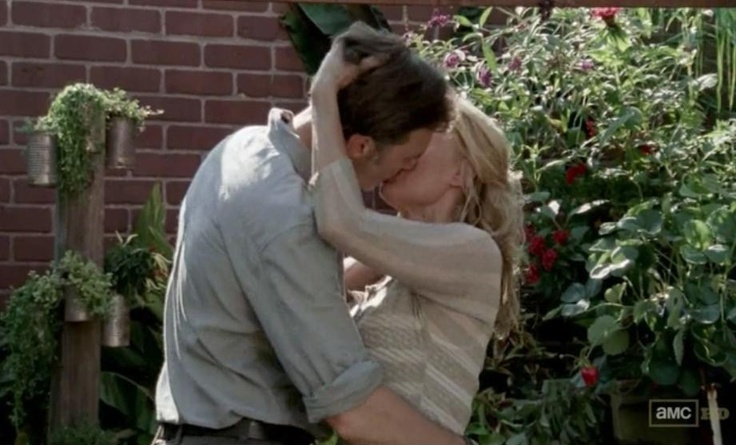 Look, we know bad boys are irresistible, but in the apocalypse, it’s really just not worth it. Lori’s hook ups with Shane in season one have left us with the annoyingly unanswered question of who Judith’s dad really is (Shane or Rick) – but the really big lesson was ultimately gifted to us by Andrea. After her hook-up with Shane in Season 2, her taste got even worse in Season 3 when she trusted the Governor enough to indulge in several sessions of sexy-time with him. How did he repay the favor? By locking her in a cell, and chaining her to a chair, with a soon-to-be-zombie scientist who ultimately infected her. And you thought your last relationship was bad . . .

Take singing lessons while you still can 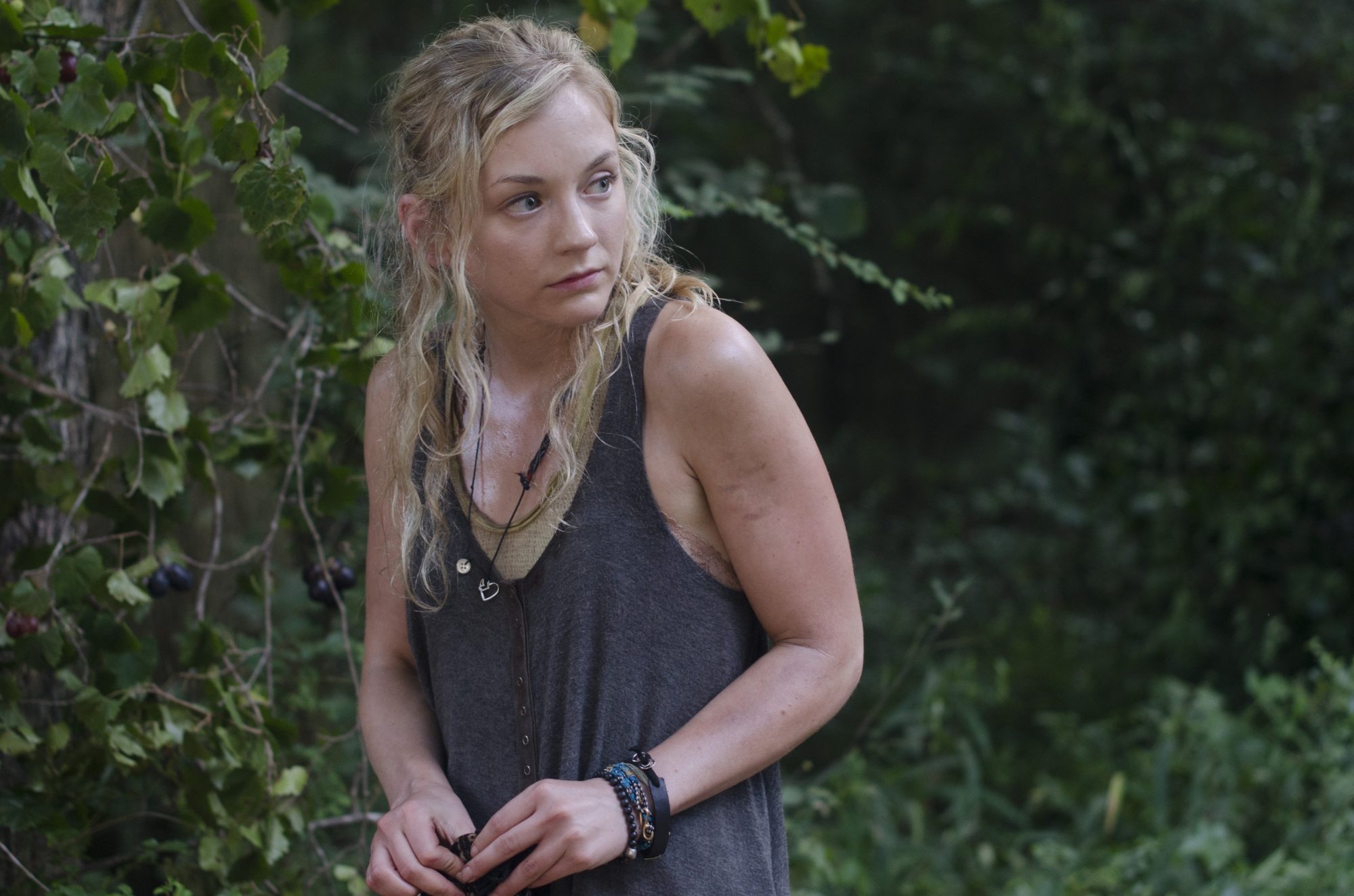 The apocalypse is – unless you live in Alexandria with all that fancy solar power – an annoyingly music-free place. Prior to the gang’s arrival in Alexandria, the closest thing to an iPod that anyone on the show had was Beth, and Beth only had one playlist: slightly mournful folk songs sung in the key of syrupy sweet. Sadly, Beth’s warrantee ran out in Season 5 when she was murdered by control-freak police officer/hospital overlord, Dawn. Now all anyone has left are dumb rave mix-tapes put together by Deanna’s son, Aiden. Learn to sing now – in a range of styles! – to avoid a melody-free life after the undead have knocked out most of the electricity.Get used to having sex in strange places

In the apocalypse, the best place you’re going to find for your love-making exploits may just be a guard tower at a prison. Everyone else is already doing it in the woods, the car, and the back of the pharmacy or the library. Finding a comfy spot to get it on during the apocalypse is beyond tricky. Oh, and when you do finally seal the deal – make sure you’re not being watched by a man with a mullet with no social boundaries. We’re lookin’ at you, Eugene.

Learn to have a stronger stomach

Sick of worrying about your diet all the time? That’ll go straight out the window next time your family gets eaten by walkers and you’re left wandering around the woods trying to figure out where the heck to go. In Season 6, we watched on in gag-worthy horror as Edith ripped out a tortoise’s guts with her bare hands and gobbled them down, raw. And we thought Carl’s canned pudding binge in Season 4 was gross.

Rae Alexandra is music journalist, raccoon enthusiast, pop culture nerd, and shouty feminist killjoy. As a Welsh woman living in Brooklyn, she frequently longs for street signs with less vowels in them.