Oh no, have we been worried about the wrong person’s fate on The Walking Dead this WHOLE TIME?

By now, you should have seen the explosive (literally) season 6.5 premiere of Walking Dead. If you haven’t yet, turn back now because there are a spoilers below. Or, you know, keep reading, because you do you.

The beginning of the second half of this season opens up with our guy Daryl driving right into the middle of a bunch of guys on motorcycles. These are the Saviors, and they work for Negan — that big bad who’s slowly inching closer to his highly teased appearance on the show. Negan is bad news. Comic spoiler (maybe show spoiler) he kills Glenn. So like, no one really WANTS Negan to show up, but he’s going to, and we have to mentally prepare ourselves.

Daryl might want to start preparing himself, too. With the help of a very impressive weapon, Daryl blows up this entire motorcycle group, and he, Sasha and Abraham continue on their way. But moments before this explosion happens, another car shows up way off in the distance. It’s hard to spot, and you might have to squint and rewatch a few times, but it’s undeniably something off in the distance. The current theory is that it’s Negan. And if not Negan, someone else in this car is scouting for him.

While this car could simply be a random car off in the distance (but like, honestly, who’s out there taking a joy ride right now?), it’s probably not something random. This is The Walking Dead we’re talking about. They’re not going to let that happen. Which means it’s safe to assume that someone else saw Daryl and the big KABOOM, and THIS MEANS… before we even meet Negan he could have Daryl as a marked man.

Ever since Negan’s addition to the cast was announced, we’ve wept and cried over the (possible and future) loss of Glenn. But what happens if Negan actually kills Daryl? The cast has already commented that there’s a huge shocking death before the end of the season, and all along, knowing what we know about the comics, we’ve assumed it was Glenn. But the appearance of this ~mysterious~ car has us thinking otherwise. 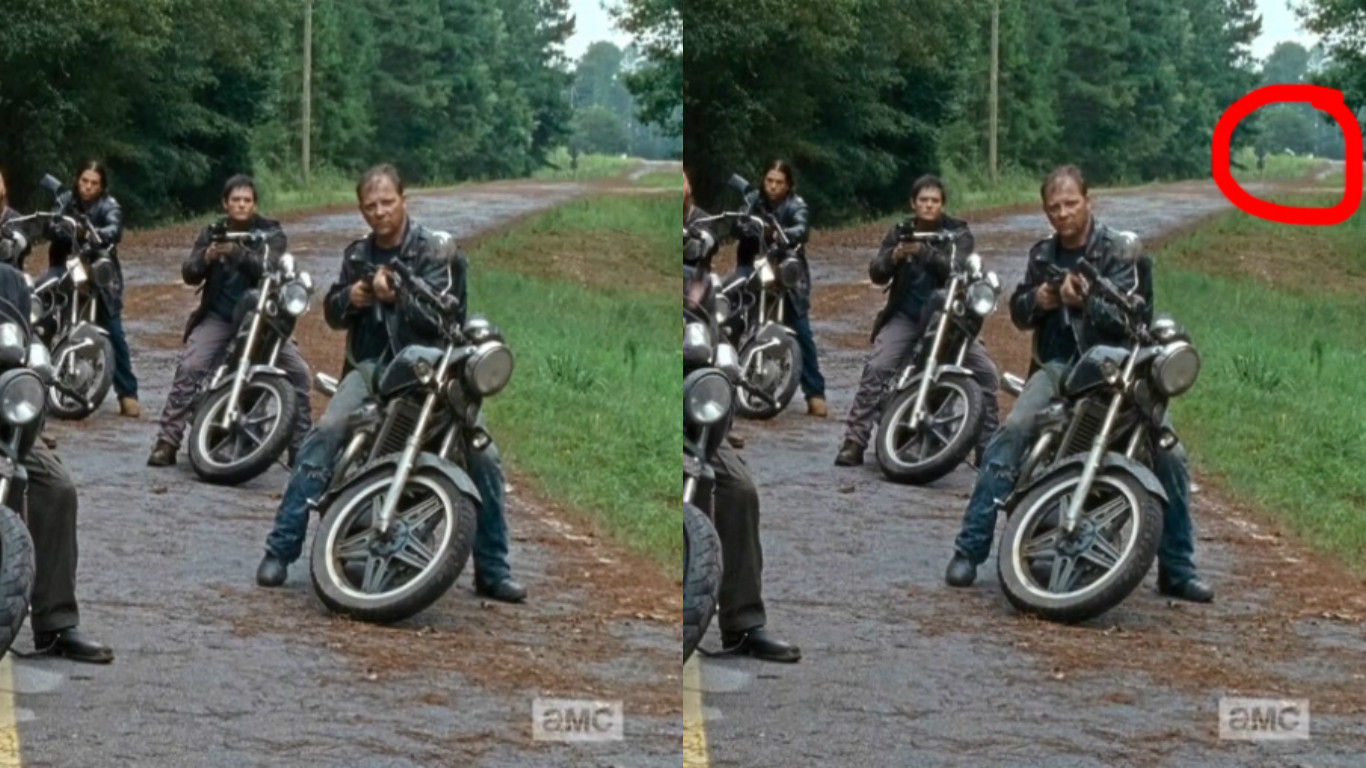 If that’s not enough to make you worried, Noram Reedus actually has a new show in the works, and he’s going to star in it. It’s not entirely unheard of for actors to have two on-going shows at the same time, but considering Walking Dead’s intense shooting schedule, and the fact that this new show will have Reedus traveling all over the country… we better start preparing ourselves for the absolutely worst. And that’s losing Daryl.