While we might have to wait just a few more days to find out if we’ve been naughty or nice in 2016, a few things are certain right here, right now. One is that Viola Davis brought it in a black dress with a pop of fuchsia at the Fences screening this week, the other: that the film is going to be the breakout hit of the holidays (hey — Star Wars isn’t everyone’s bag, remember). Davis graced the New York viewing of Fences at Rose Theater at Lincoln Center alongside Denzel Washington (who doesn’t look dynamite next to Denzel?) who directed the film that has Davis front-running for a Best Supporting Actress Oscar this upcoming season. The story of Fences is a powerful one, having won a Pulitzer Prize and Tony Award for Best Play in the ’80s. Thirty years later, this film is sure to bring some serious emotion and iconic performances to the big screen.

But back to the red carpet:

Let’s observe the sheer fire brought by Ms. Viola Davis, shall we?

Viola Davis under our Christmas tree?! The stage, screen, and television queen looked like the most perfect present, wrapped up in this form-flattering, off the shoulder, floor-length gown. Pops of fuchsia against black are giving the classic holiday red and green combo a run for its money this season. 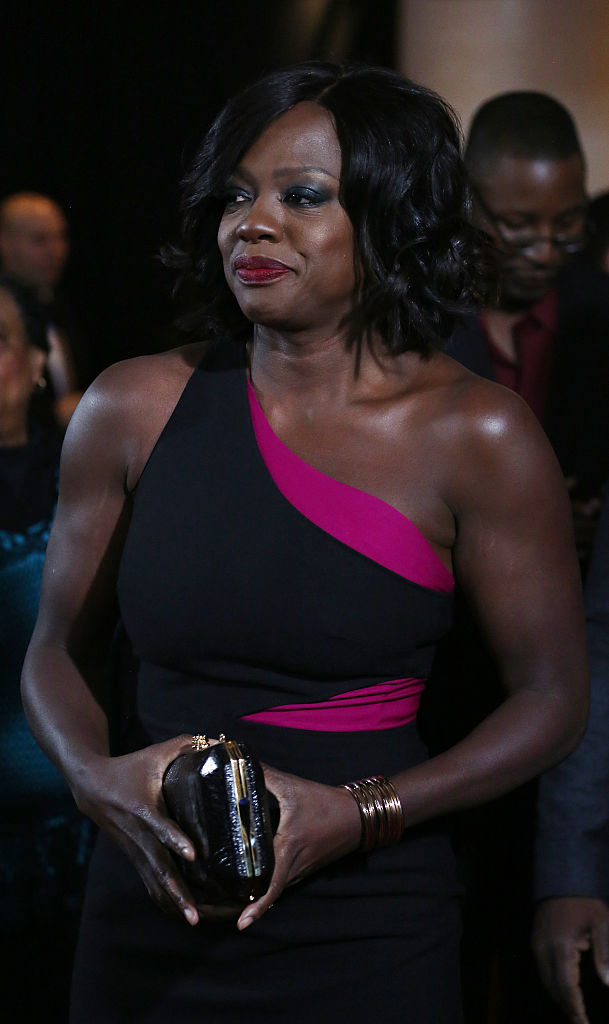 Davis paired the seamless look with some layered gold bangles and a black, glossy clutch with gold hardware. She kept the rest gem-less (well, besides the swipes of jewel-toned fuschia), as to let no clunky jewelry disrupt the flow of this sleek ensemble. 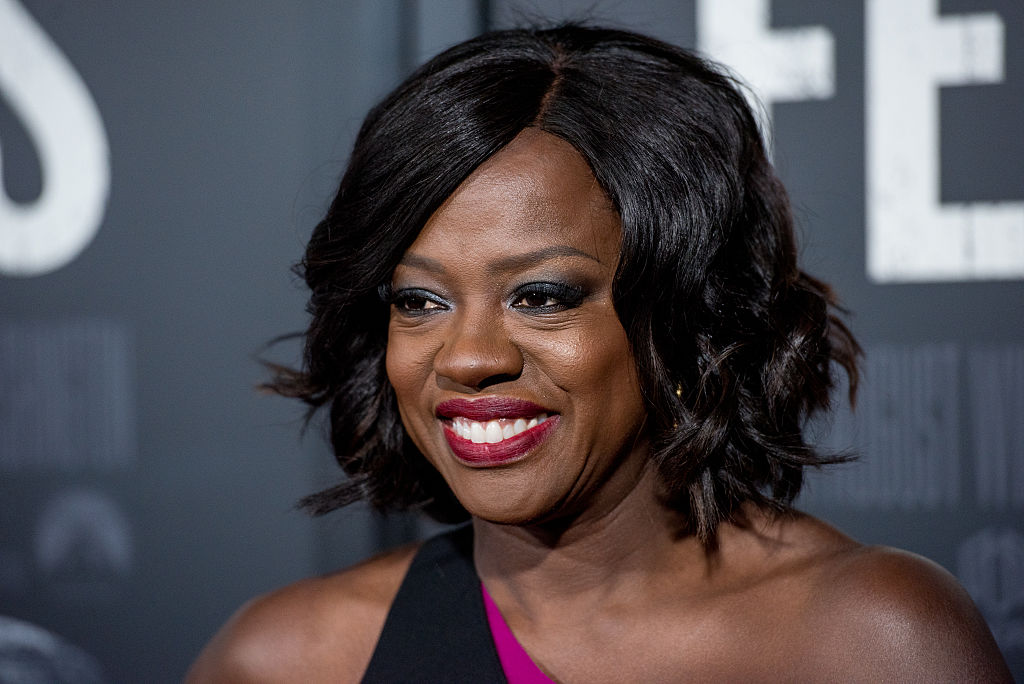 Viola in violet! The star swiped on a plum colored lip to accent the pops of color elsewhere, and donned a dramatic smoky eye that extended out toward some perfect arches. Some people just got it, you know? 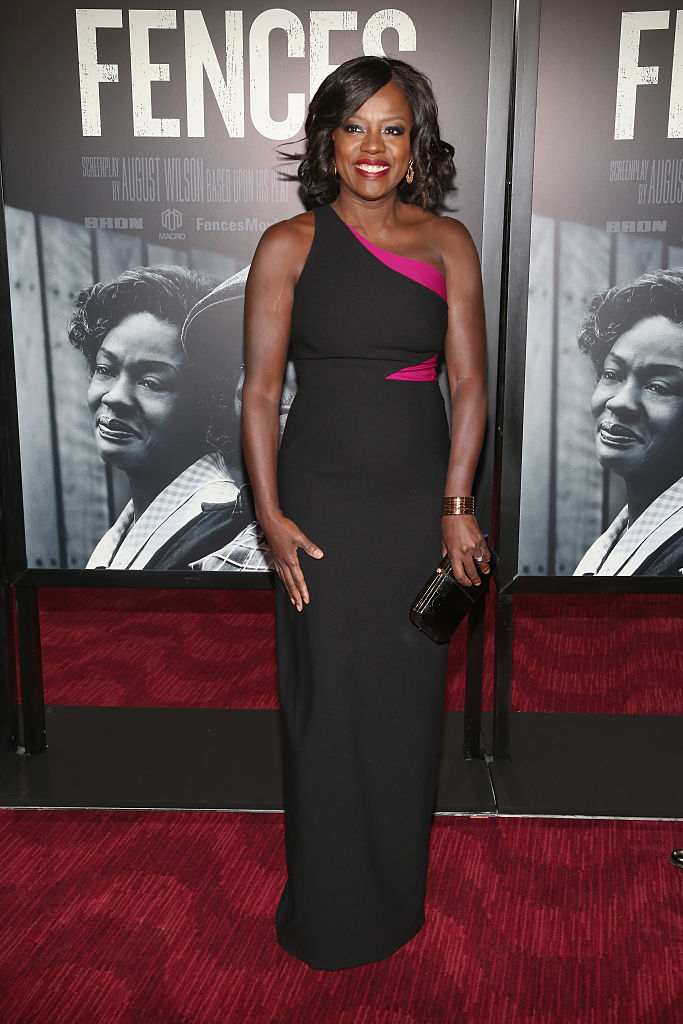 Viola’s character in Fences is an incredibly loyal and dutiful wife to a “responsible man whose thwarted dreams make him prone to believing in self-created illusions.” The story is set in 1950s Pittsburgh, so don’t plan on seeing Viola gussied up like this in the film. 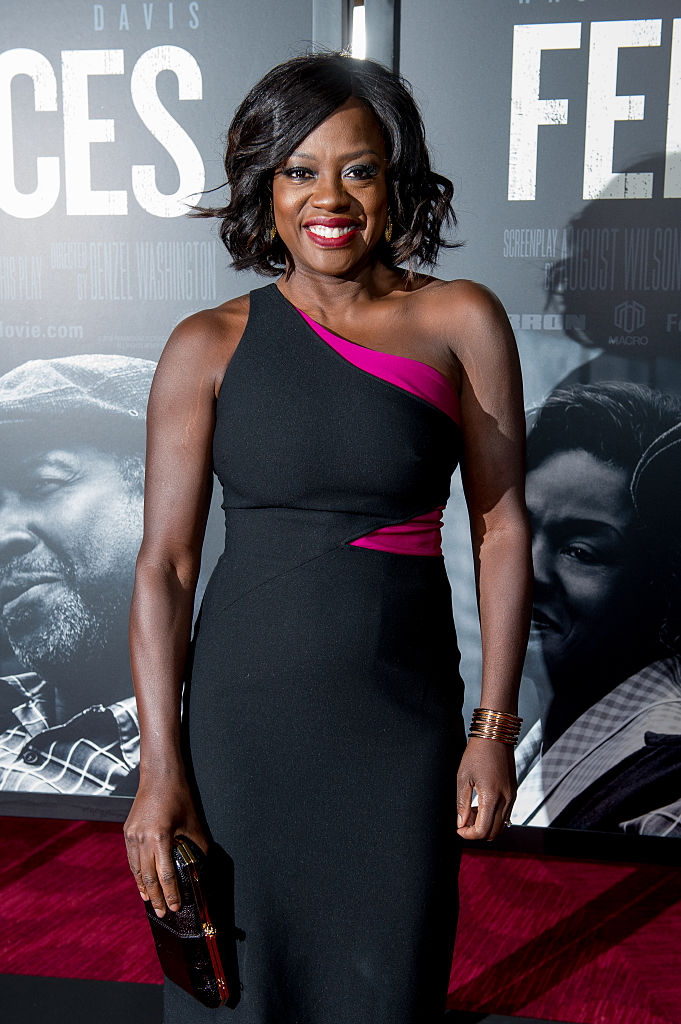 Fences is going to sweep the Oscars, we can just see it. Would we be upset if Viola Davis just repeated this exact dress, hair and accessory combo to the Academy Awards in 2017? No. No, we would not.

See Fences is in theaters now!