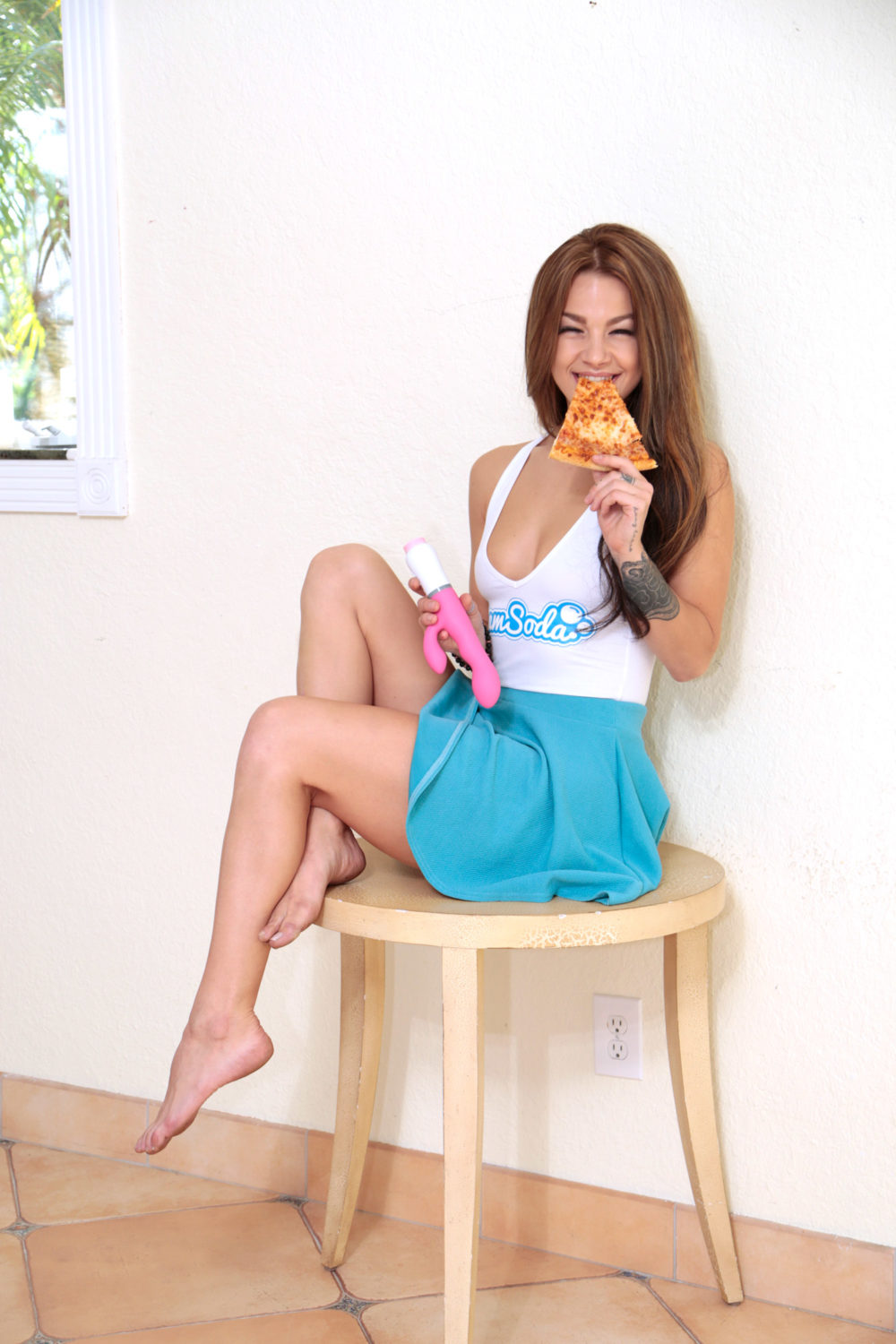 Everyone masturbates on a stool in a cute outfit, right?