On many college campuses, condoms are free and plentiful — and that’s the way it should be. But, one student from U.C. Davis felt like his campus could be doing more. And U.C. Davis listened, since they just installed a vending machine that dispenses condoms and Plan B. Young women can also get a pregnancy test discreetly through the machines. Since even when you’re careful, you sometimes never know.

The idea came from senior Parteek Singh, who got the idea after a friend needed emergency contraception after-hours. Unable to get it, Singh thought that a brilliant idea would be to have it available through a machine that could be accessed at any time. Since the health center isn’t open 24 hours a day, it made even more sense.

Even though the idea seems like a no-brainer, the story was quick to hit the news.

It took Singh two years to make it happen, but it looks like the campus is fully supportive of his idea.

"When a contraceptive method is missed or fails, this provides an option to reduce the risk of pregnancy from that," said Cindy Schorzman, the UCD Student Health & Wellness Director. 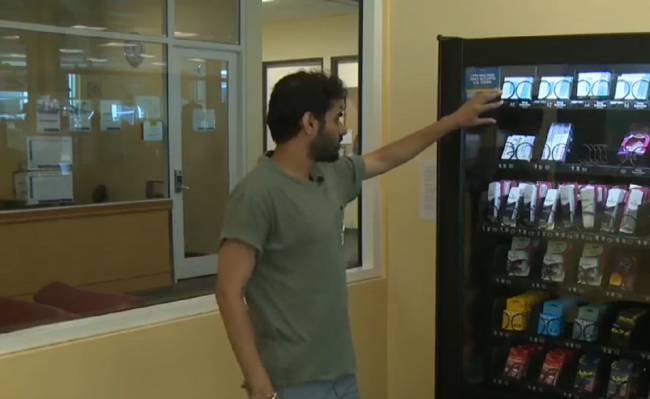 It’s also a good way to ensure that students always have a method of getting condoms — nobody can use the excuse that it’s too late to go to a store, or the health center is closed.

Since many students may often feel judged for picking up the morning after pill, this will also cut out a possible awkward interaction that’ll make the process more difficult.

"It's just a machine, it's not going to give you any look or anything," Singh said with a laugh.

We really hope that other campuses start to take note. These vending machines should be readily available for all students to practice safer sex.