Vanessa Hudgens first stole our hearts as Gabriella Montez in High School Musical, the fresh-faced teen with a beautiful voice. While High School Musical wasn’t her movie debut, it was the one that propelled her to stardom. Aside from her impressive acting resume, Hudgens has continued to evolve over the years with her beauty and fashion.

From her natural makeup looks in the early aughts to her fun hair transformations, Hudgens doesn’t just stick to one trend or style. While she still keeps her makeup fresh-faced, she always adds in a little something extra—whether it’s throwing on fluttery fake lashes or a colorful, bold lip.

To celebrate the starlet’s birthday, we took a walk down memory lane to see how much her beauty has evolved over the years. 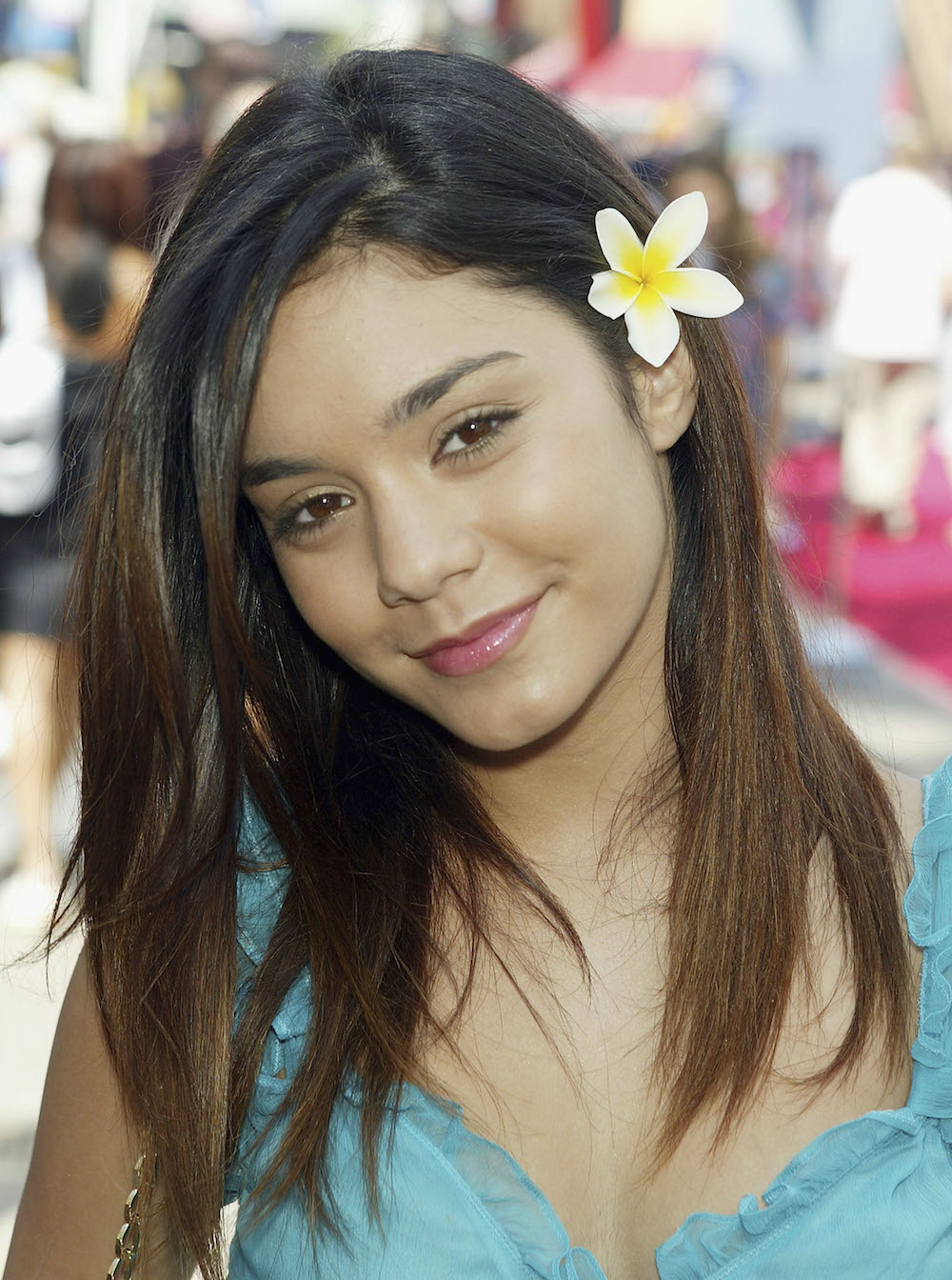 During one of her first movie red carpets, Hudgens appeared at the Thunderbird premiere with minimal makeup. She popped on a pink gloss and wore a little bit of brown eyeliner. As for her hair? She added a bright yellow flower clip, which was so on-trend in the early aughts. 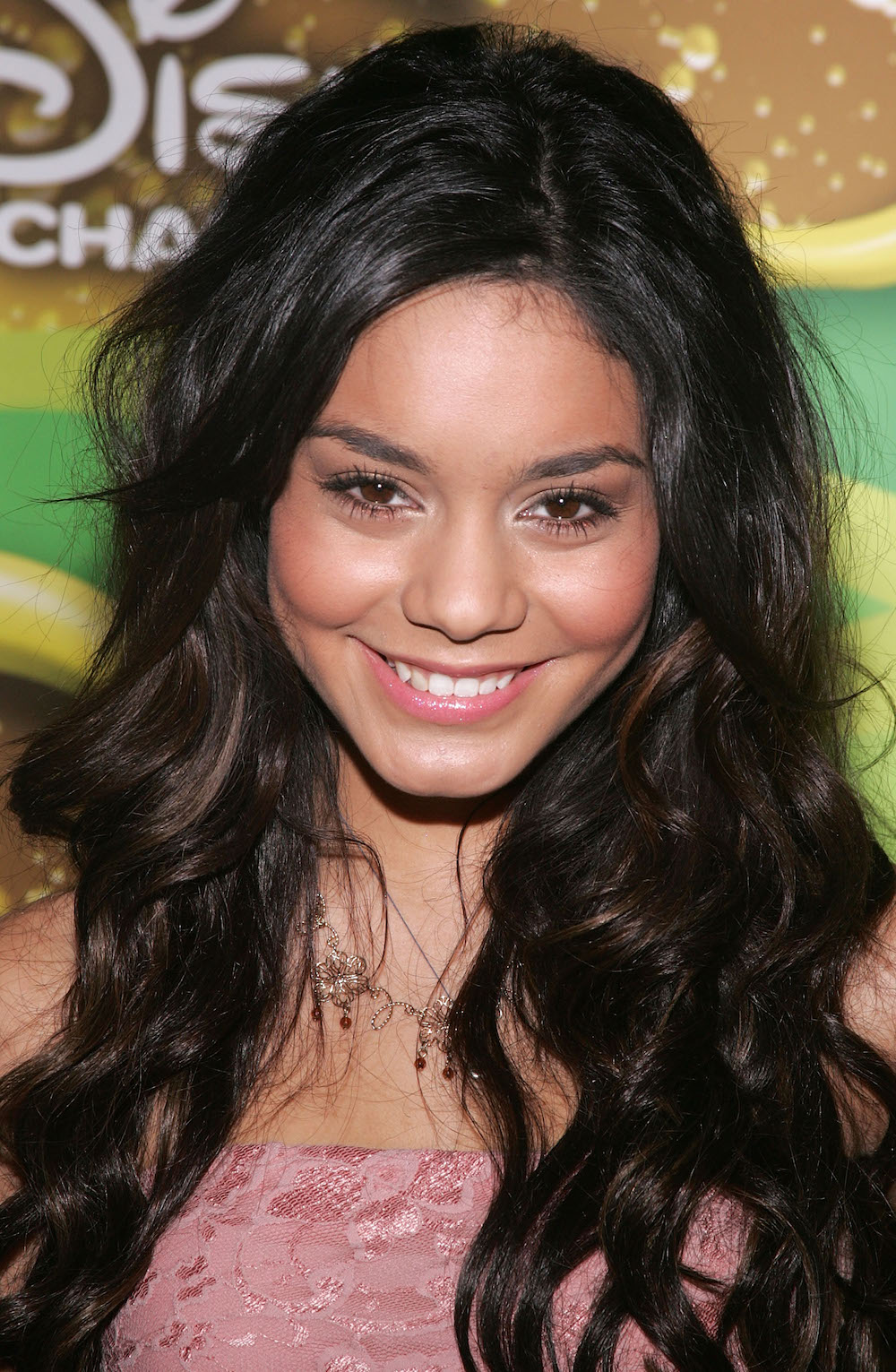 Gearing up for the release of High School Musical, the actress added a bit more makeup for the red carpet, bringing a flush of pink to her cheeks and lips. 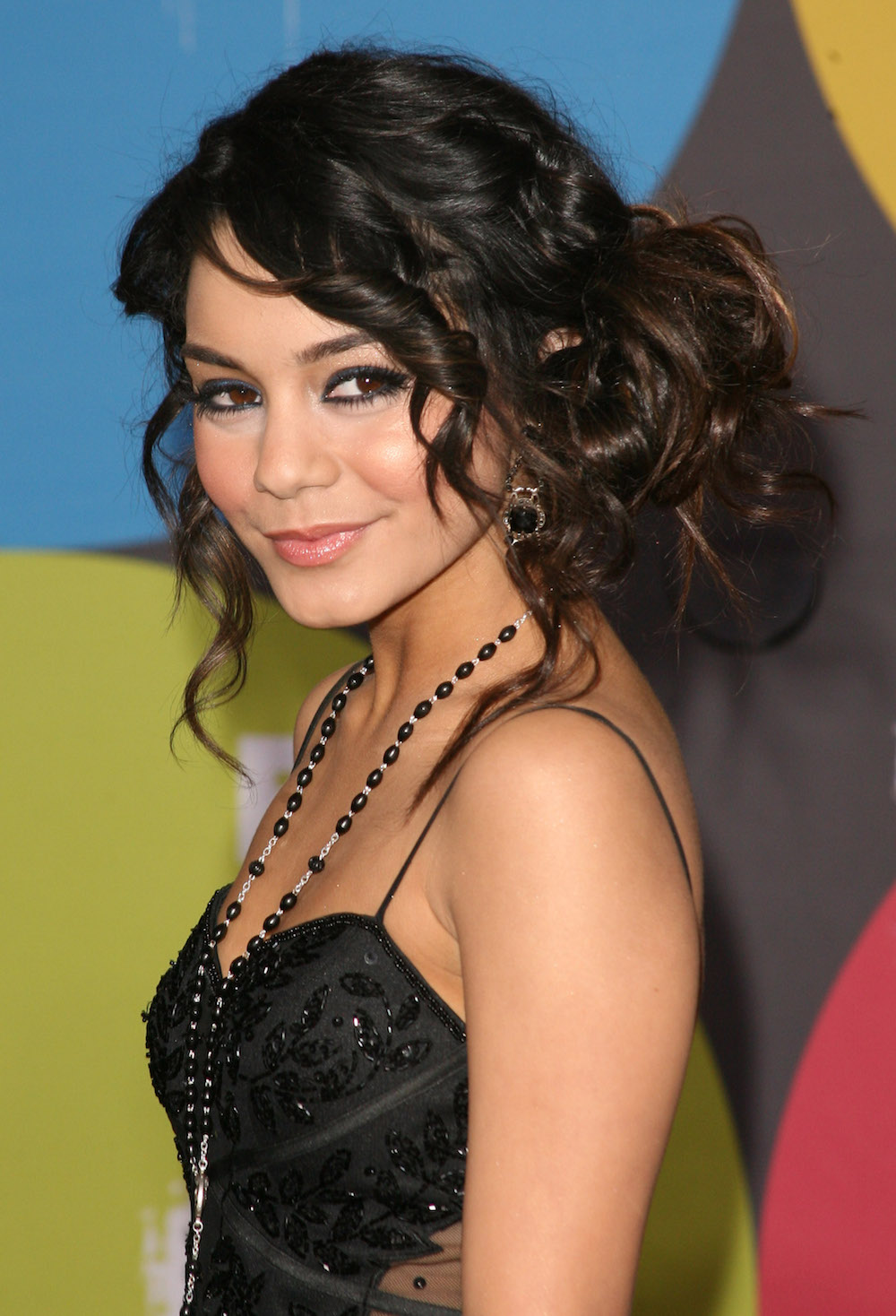 Hudgens served some goth punk vibes with her edgy makeup. She upped the glam factor with a smoky eye and curly updo. 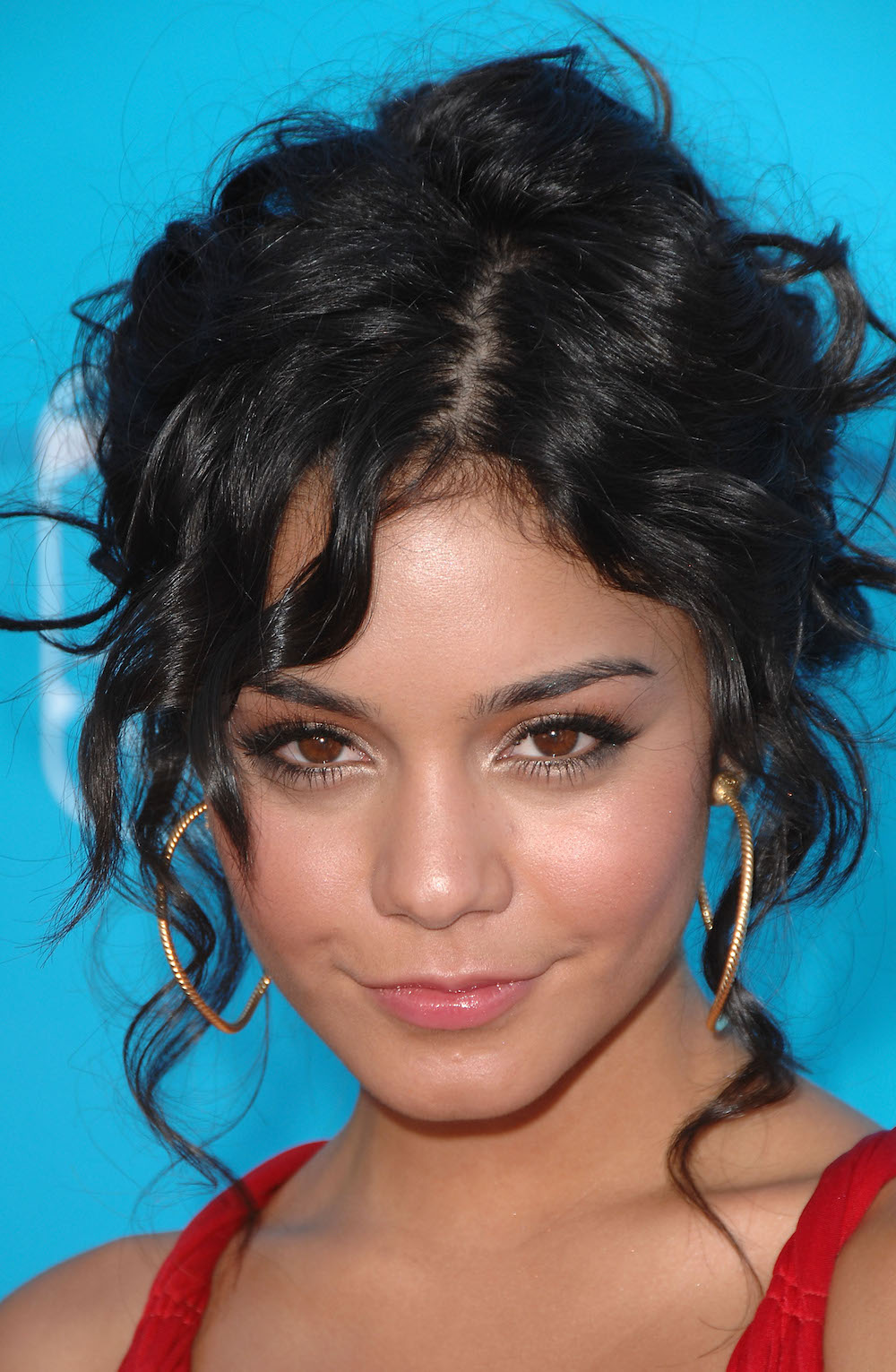 Hudgens went for old-Hollywood glam on the High School Musical 2 red carpet with a chic updo and glowy makeup. 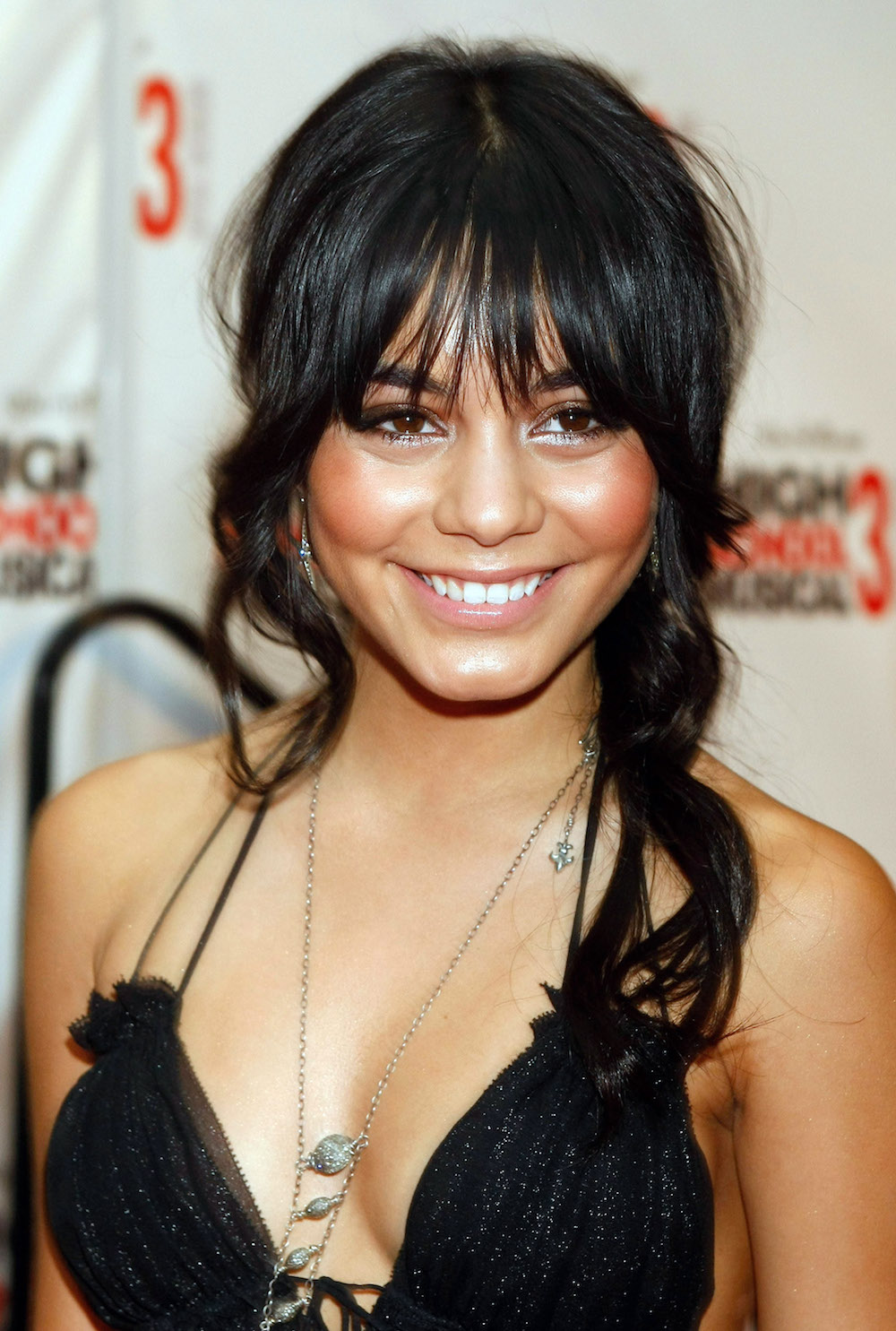 Hudgens switched up her hair with fringe bangs at the High School Musical 3 premiere in Australia. As for her makeup? She had sun-kissed skin and was bronzed to perfection. 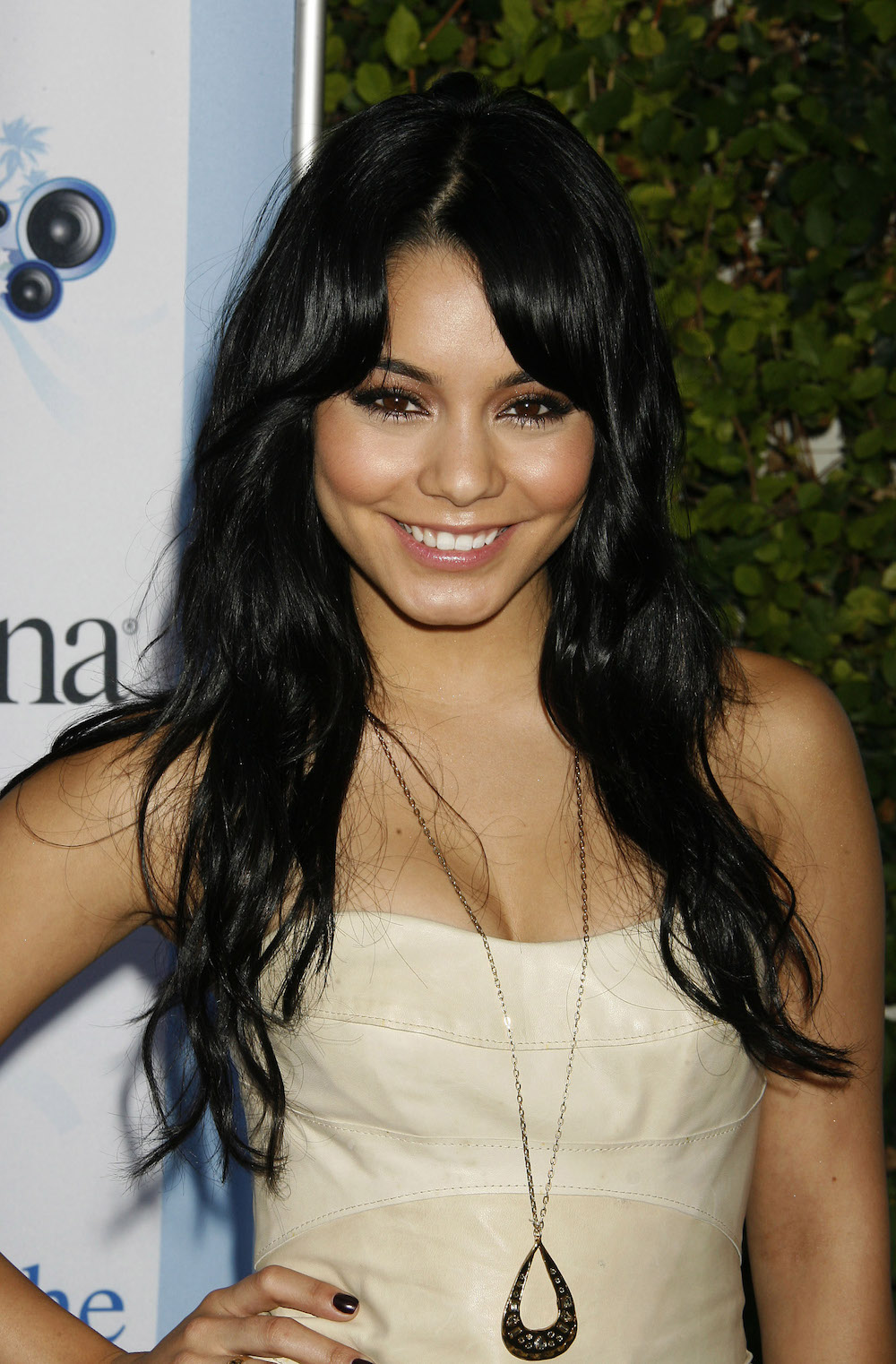 Hudgens attended the Neutrogena Fresh Faces event with, you guessed it, fresh-faced makeup and glowy skin. 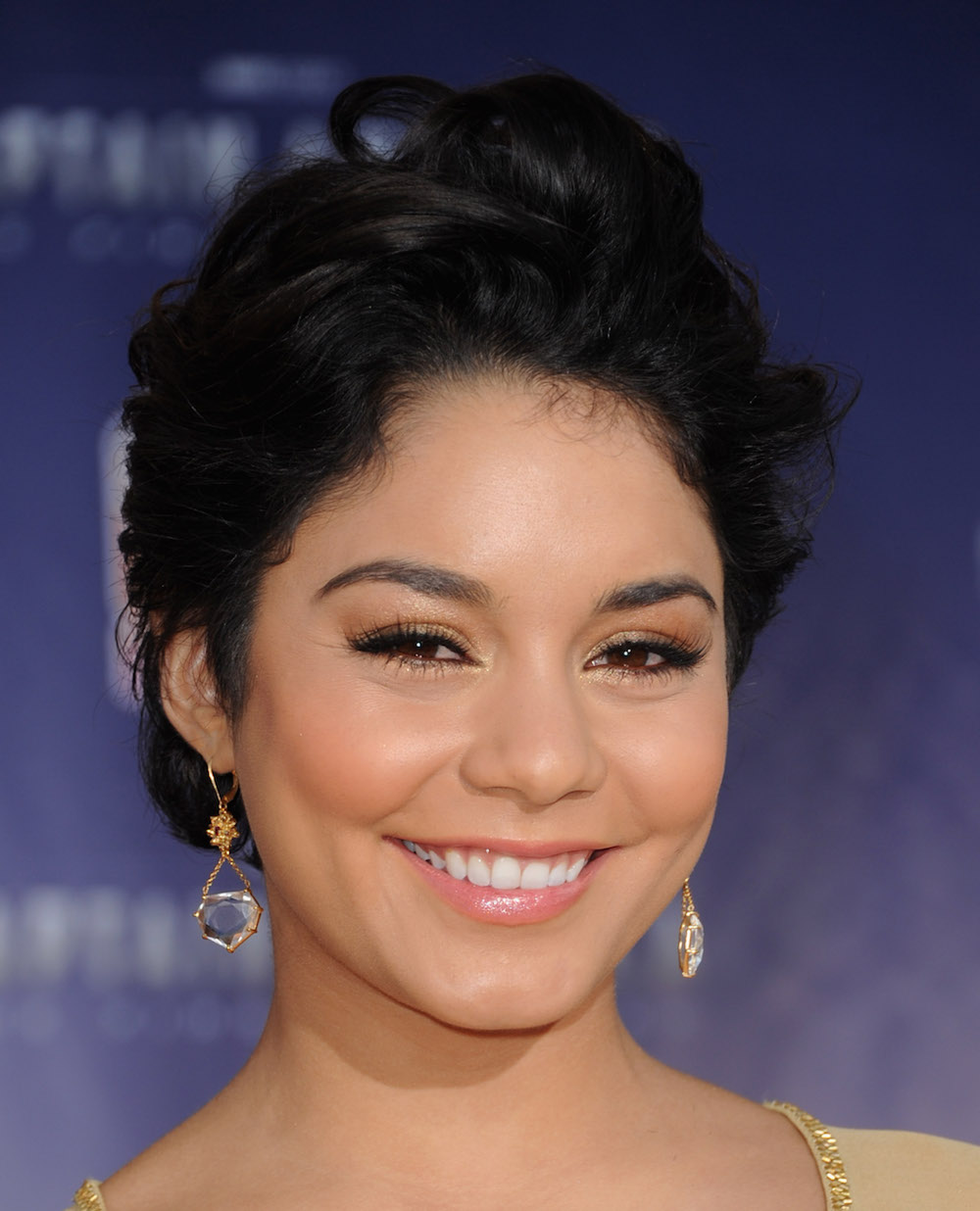 Pulling a classic post-break up hair move (she and Zac Efron split around this time), Hudgens chopped her hair off into a cute pixie. 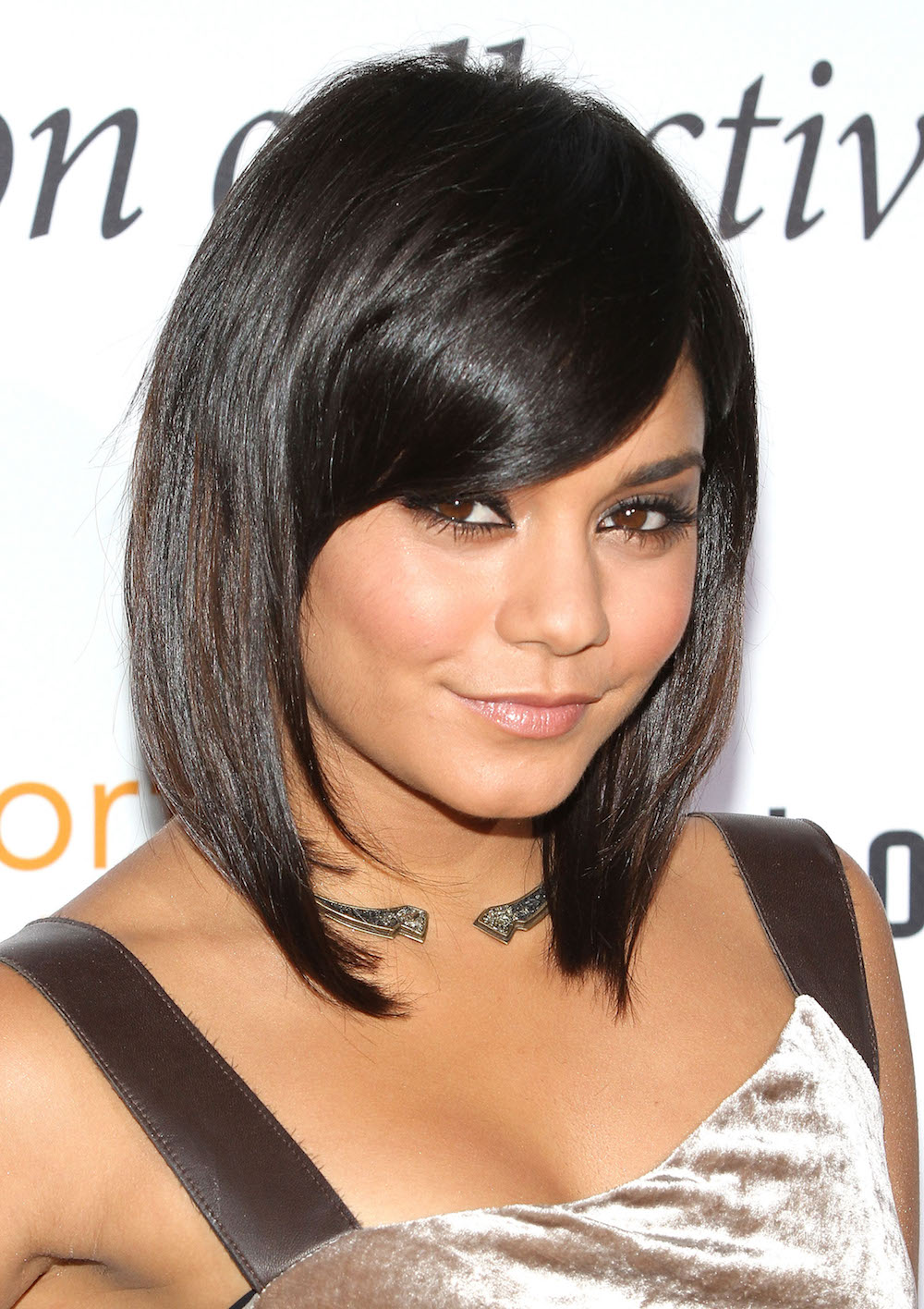 In one of our fave hair looks on the actress, she opted for a blunt cut, side-swept bangs, and a shoulder-length bob. 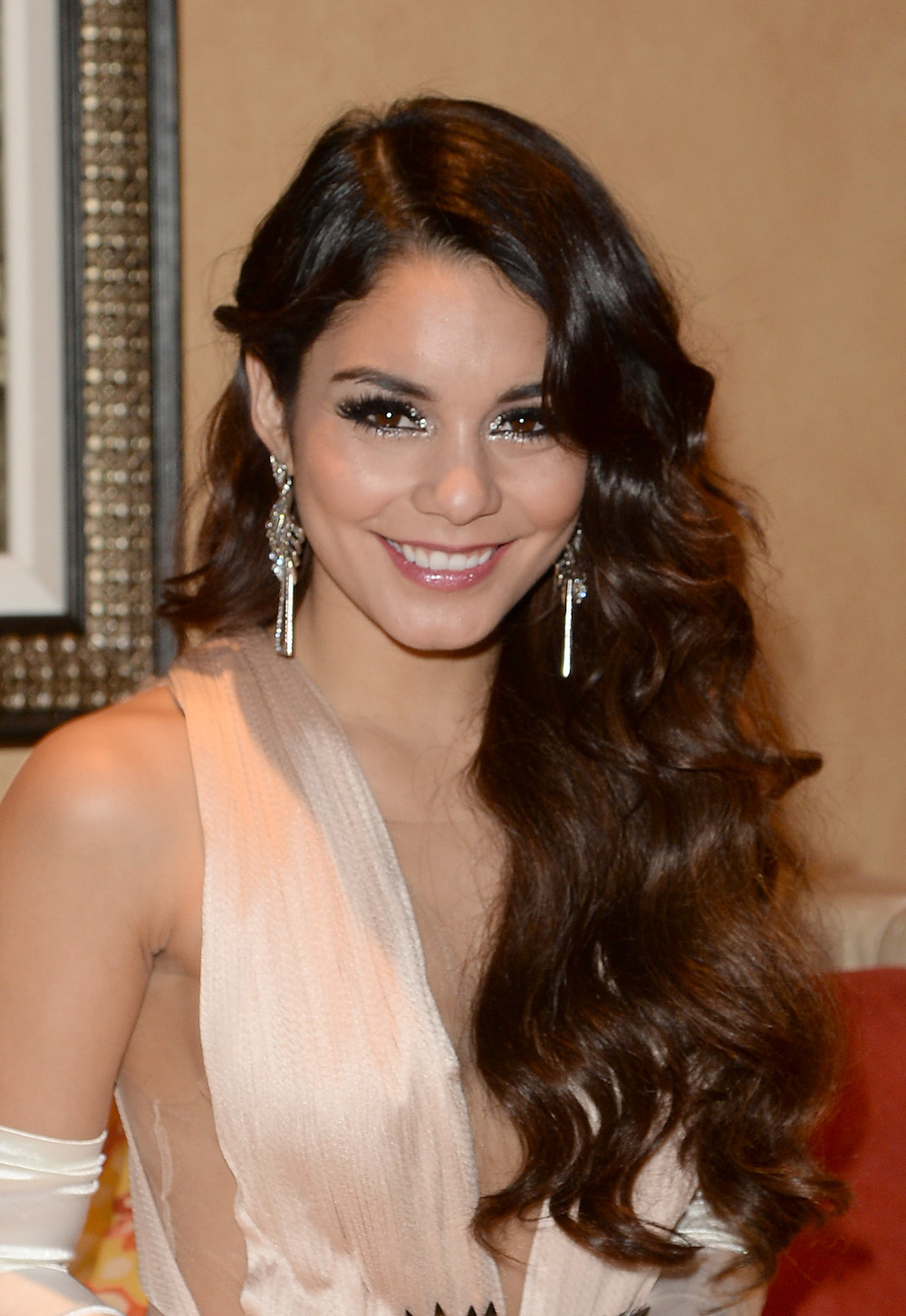 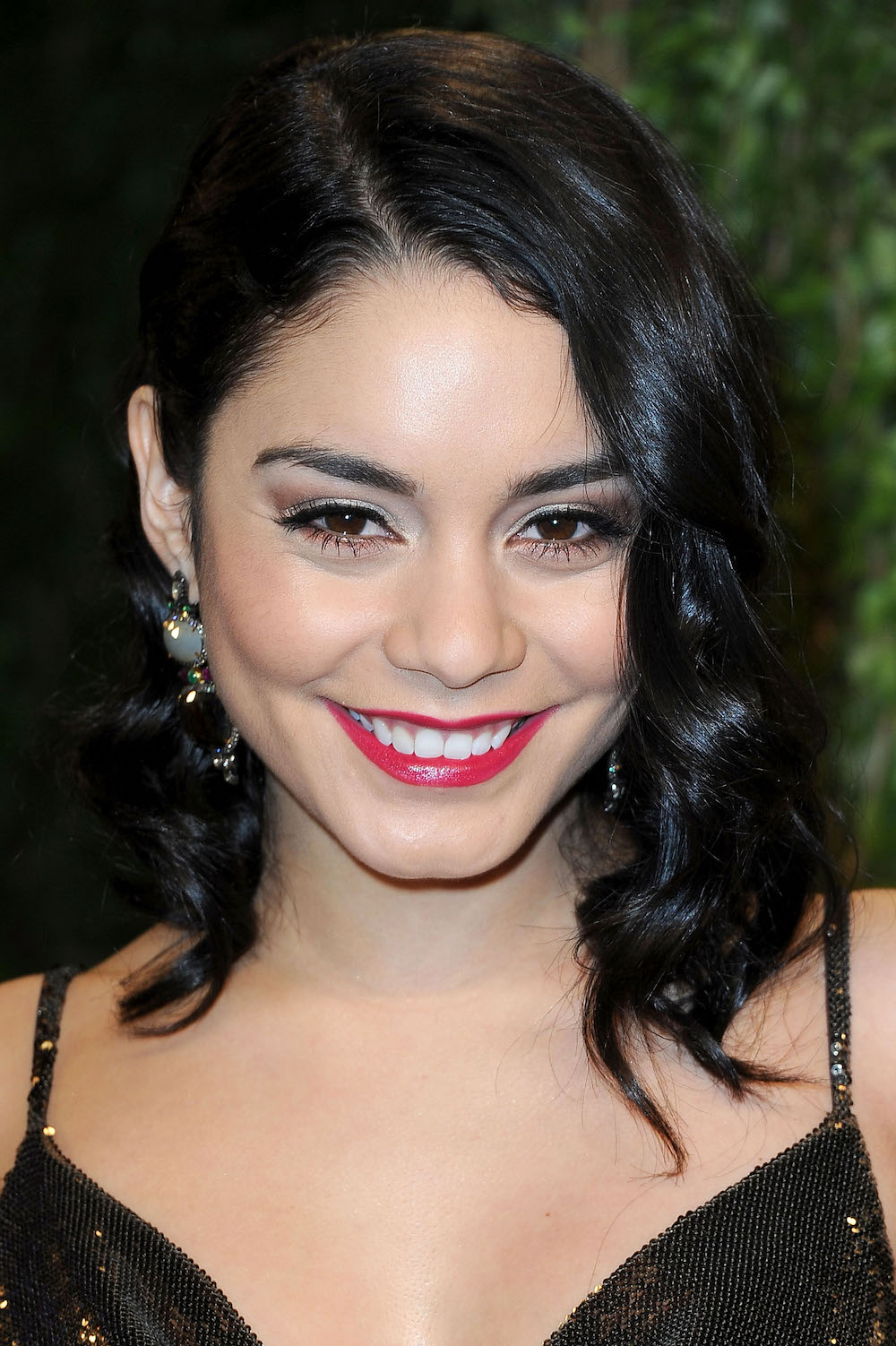 Looking like pure Hollywood perfection, the star dazzled on the red carpet with her bright red lip and cat-eye. 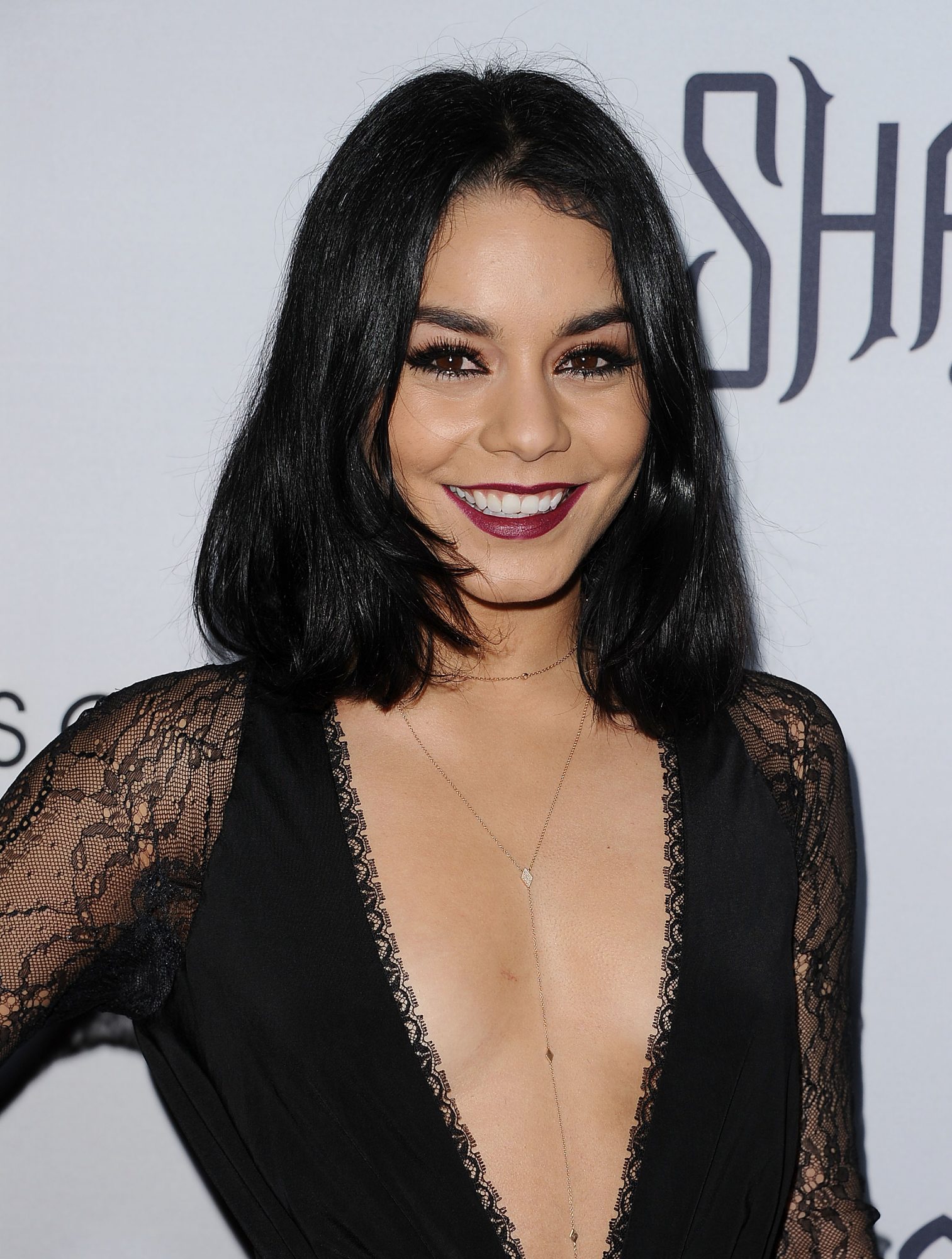 Hudgens looked like a goth, glam queen with her vampy purple lip and bold smoky eye.

This boho, chic beauty look would be just one of many from the Coachella-loving actress. She had extra long hair and ’70s-esque curls. 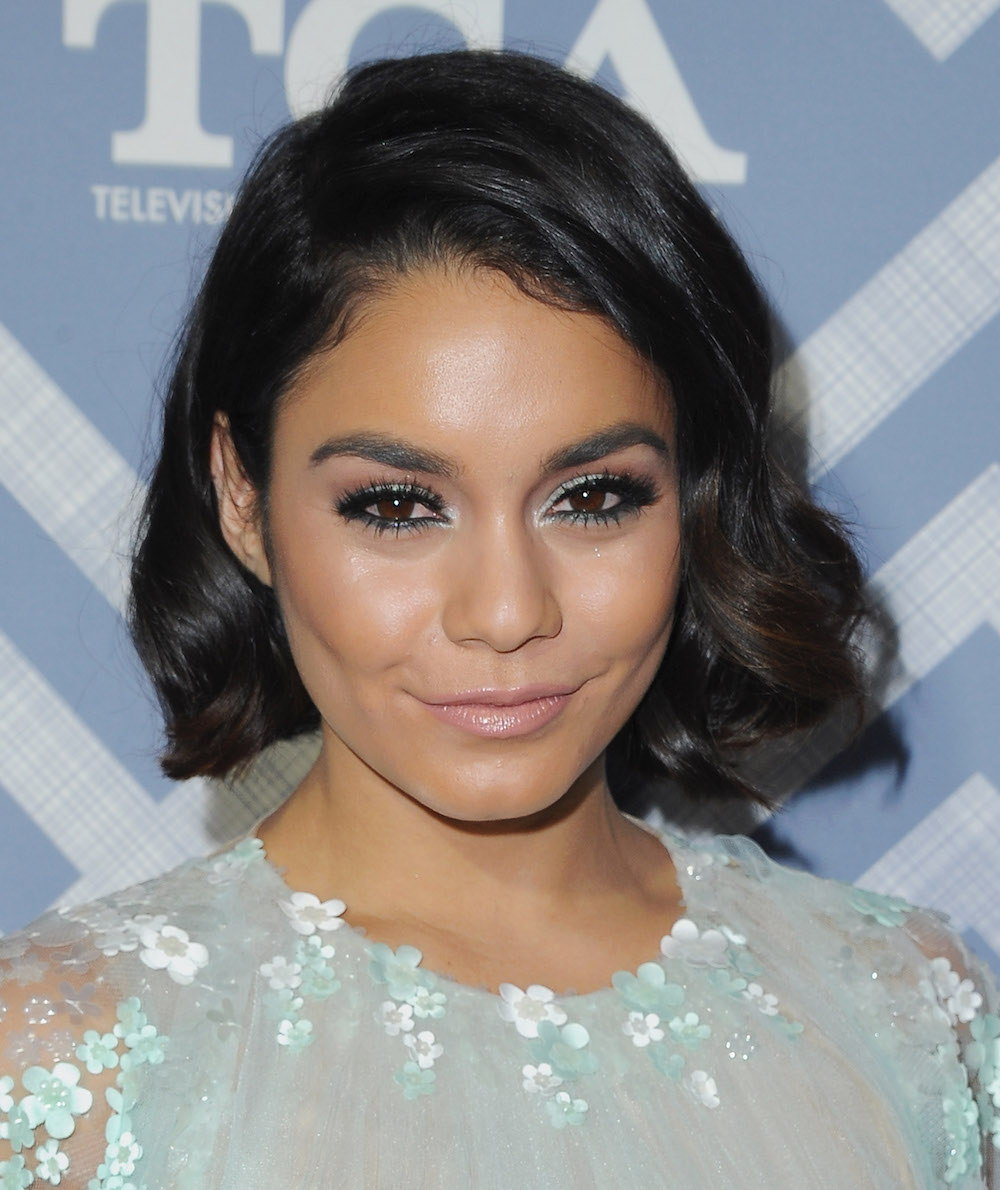 With her icy blue eye makeup and subtle nude lip, she gave us Winter Wonderland vibes. 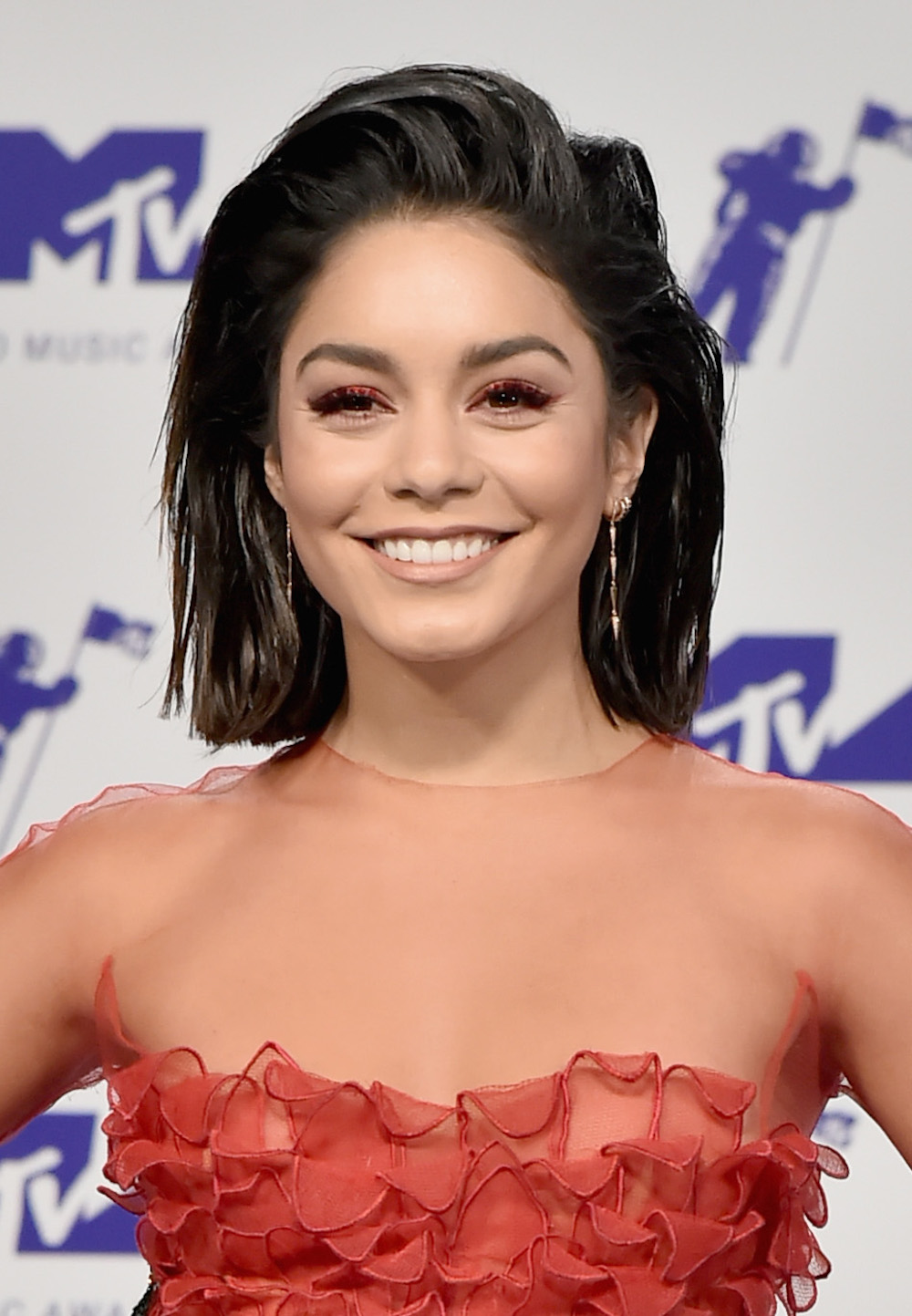 The star hit the red carpet in a fiery makeup look, wearing red eyeshadow that matched her red-hot dress.

August 2017 was a month full of experimentation for the starlet. She wore a super platinum blonde wig for So You Think You Can Dance. 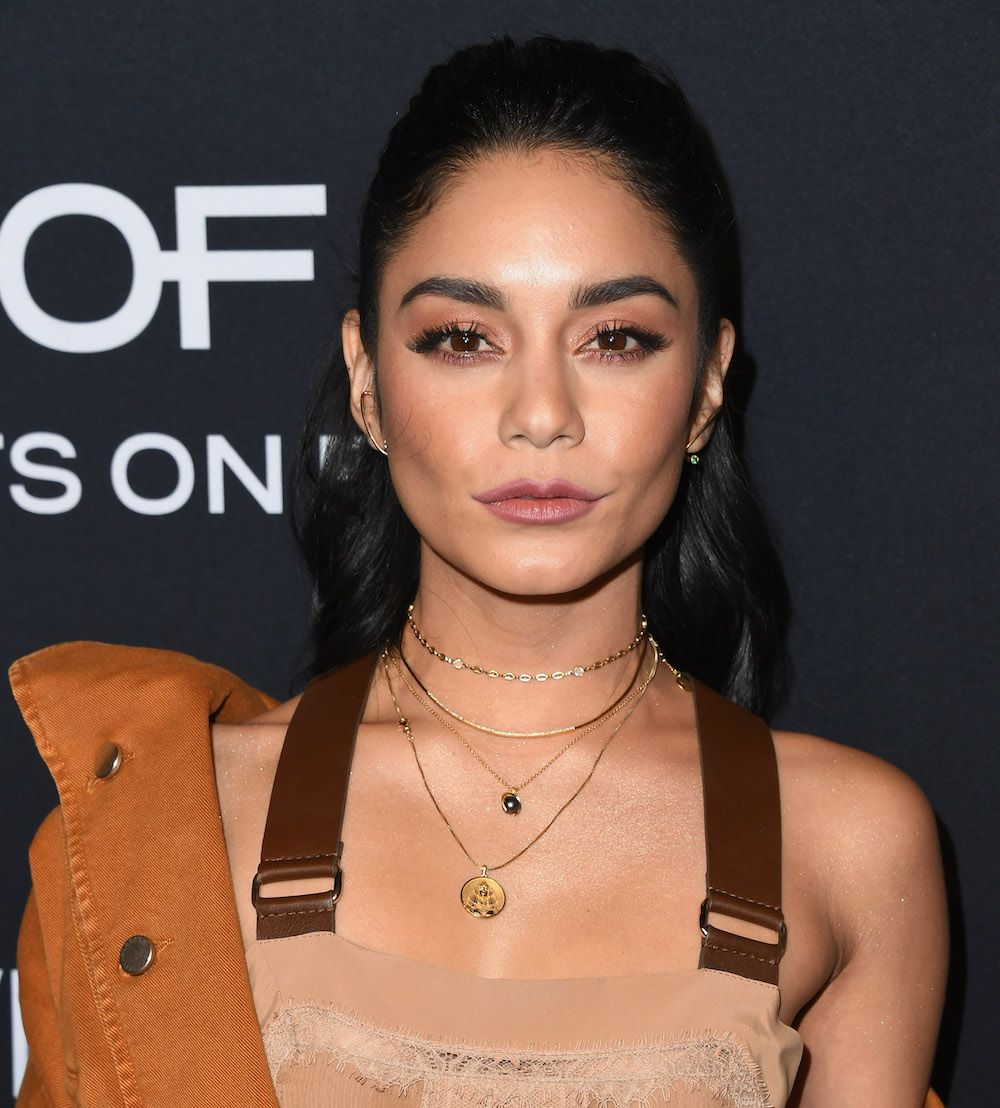 She rocked a warm, neutral monochromatic makeup look at the Elle Women in Hollywood event. 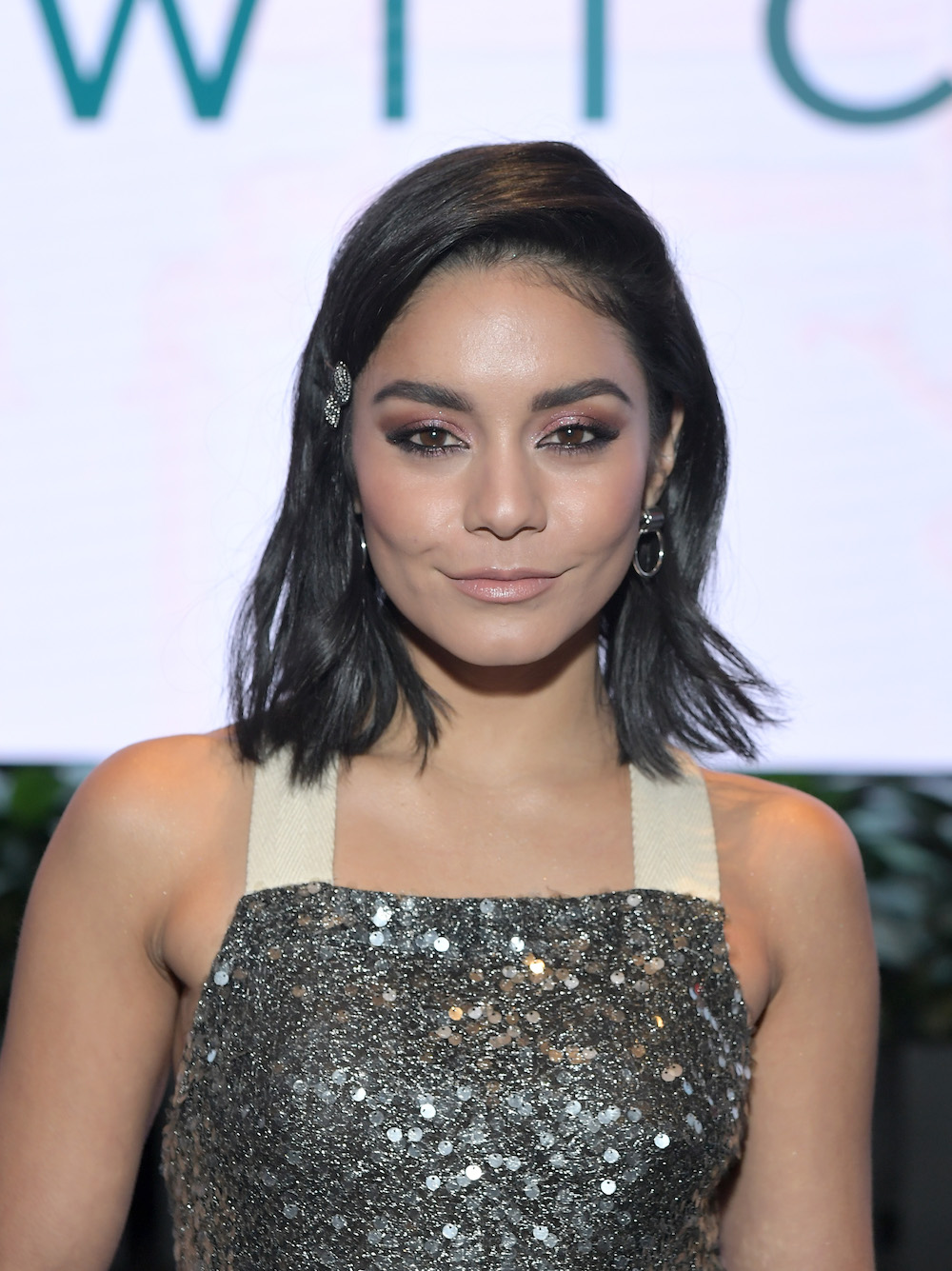 Hudgens opted for some serious sparkle at a special screening of The Princess Switch. Since all eyes were on her dress, she kept her makeup to a minimum, rocking a nude lip.

At the New York City premiere of her new film, Second Act, she had radiant, glowing skin. Her cheeks, lips, and eyes all had a gorgeous flush of pink.