Ever since she became a fan favorite as Suzanne on Orange is the New Black, Uzo Aduba has made it her mission to be an ally for the LGBTQIA community. And over the weekend, Aduba gave a speech about the importance of allies, and her words will move you deeply.

On Saturday night, Aduba was honored with the Ally for Equality Award at the HRC National Dinner in Washington D.C. She gave a 15-minute speech about the importance of standing up for those who don’t have a voice or are being silenced by those around them, and we truly admire her for her words and her actions.

The actress spoke about a family member named “Sam,” who is “learning to live with his open and honest truth,” even though the community is faced with obstacles and road blocks at every turn.

Speaking directly to “Sam” and all the other young LGBTQIA people out there, Aduba said, “What I want you to know is that you most certainly are special, but also that you are not alone. Many have come before you in this fight to live a life openly and equally, but it is my hope that none will have to come after you to achieve this basic human right that which is afforded to anyone else upon this earth.”

Aduba also discussed her childhood friend Crowley, noting that when Crowley came out to her, she said, “as I listened to him share his story, as you have shared yours, Sam, I knew I had one job that night: To try and also be the same awesome, unconditional, loving, and supportive friend that Crowley had always been to me.”

"I tell this story because it's what best friends let you do...they are their true selves, and I tell you this now, Sam, because what gives me the greatest joy is seeing my friend live a full and happy life every day. He is the reflection of progress made, and a shining example of how the truth of being yourself really does set us free. It truly does get better." 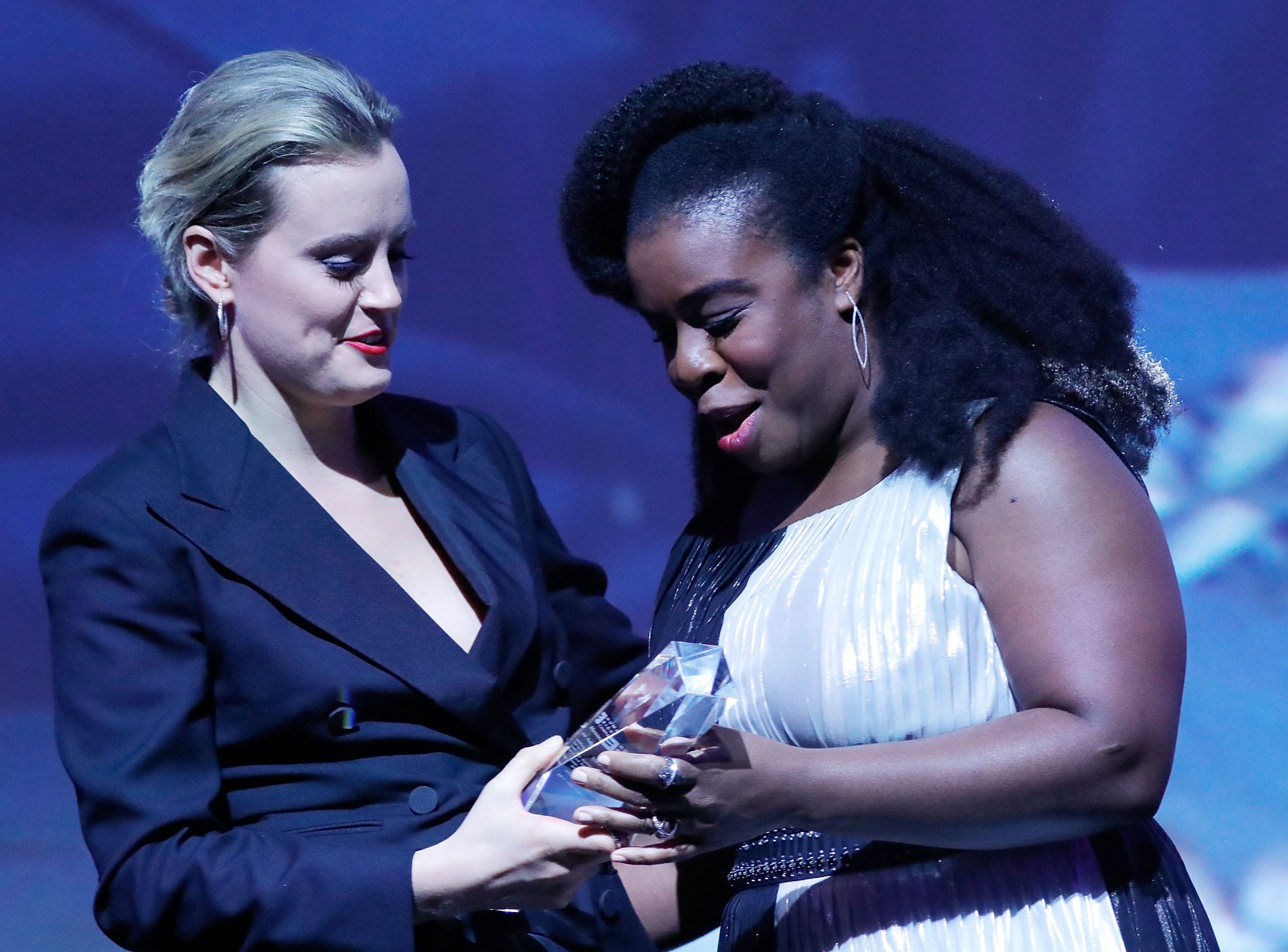 The Ally for Equality Award is given to those who “publicly stand up for the LGBTQ community, committing their time and energy to improve the lives of LGBTQ people and advance equality for all Americans.” We can’t think of a better choice for such an honor, and we’re so happy to have public figures like Aduba speaking out in protection and celebration of the LGBTQIA community.