This fall, MTV will put out a special episode of True Life that might just surprise you: True Life: We Are Orlando. The episode, which will air Monday, August 15th at 8pm, will focus on the stories of four survivors of the shooting at gay nightclub Pulse that took place on Latin night. The special episode is being aired as a part of a docuseries following the survivors of the shooting. Featuring interviews with members of Orlando’s LGBTQ community and those impacted by Pulse, we’ll really gain access to what it’s like to survive such a traumatic, hateful event, and how it shapes a community.

Starting today, we’ll be able to see the inside scoop by going behind the scenes via MTV alongside loads of digital shorts until the episode debuts.

The shooting at Pulse remains a part of the public eye, from Beyoncé singing “Halo” to passionate speeches to charity single “Hands,” which featured many celebrities lending their names and voices to bring attention to the lasting needs of the survivors and families of those lost in the attack. Of course, though, the lives that remain forever changed are the lives of those directly impacted by the loss of 49 and injury of 53 in the Orlando club. We hope that the continued recognition of the survivors of the shooting plays a positive role in their healing, and will encourage those of us with more distance from the issue to step forward. 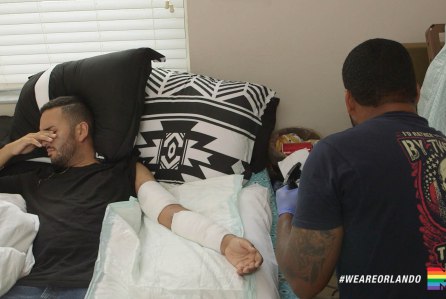 The survivors of the Pulse shooting are doing us a service by allowing their trauma to be our learning opportunity, and the least we can do is support them, share their stories, and do what needs to be done to ensure that shootings like the one at Pulse stop being a normal part of our culture.