Unlearning the rape culture my church’s youth group taught me

I’m a cradle Catholic — someone who has been raised in the religion since birth. I can’t remember my Catholic faith not being a big part of my life.

My parents even baptized my siblings and me to symbolize every region we are from — my sister at a church in Puerto Rico, me in the Dominican Republic, and my younger brother at the church in Brooklyn I still attend today.

I spent a lot of my youth attending religion classes in preparation of my First Communion, and later, my Confirmation. When I had to select my Confirmation name for myself (the name of a saint), I chose Agnes. She was from ancient Rome and refused anyone’s hand in marriage because she had promised herself to God. She was killed for her beliefs, and is now the patron saint of young girls and rape survivors.

Around that time in middle school when I was preparing for my Confirmation, I began attending my church’s youth group. It was nice to see other young people doing church stuff and admitting that they were annoyed by their super strict and religious Latino parents. I really looked up to the people in charge of the group. I especially loved when they sang beautiful worship music in both English and Spanish. It was a place where I didn’t have to tone down my Latinidad

But now when I look back, some of those memories sadden me. I’ve since realized all the instances of slut-shaming and victim-blaming that occurred in my youth group.

I think a lot of attendees and organizers meant well, but repeated what they themselves had grown up hearing. I remember a particular, more intimate meeting during the holidays. We all put our chairs in a circle, and a member of the youth ministry talked about how we should behave as a religious community. I agreed with a lot of what was said — until the topic of women’s clothing came up. We were told that in order to avoid street harassment, we should dress a certain way.

“Guys are going to think you want to do something with them, I remember a girl saying.

A lot of us were pretty young — between 13 to 16 years old. So it seemed weird to me, even back then, that we had to change our clothes so that adult men wouldn’t do something wrong. The conversation didn’t include what boys could do to better respect girls. 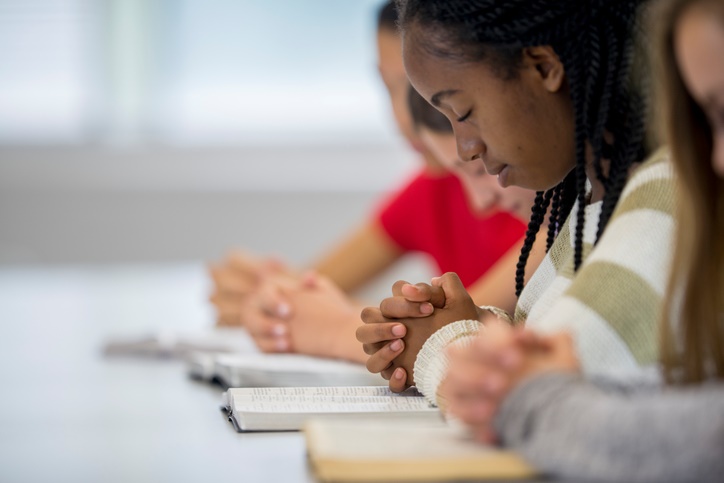 Then, there was the retreat where a lot of different youth groups came to my church. We all spent the day together, then split up into groups to share our different struggles and speak up about the things that made our lives difficult. Several girls mentioned sexual assault — and two opened up about being raped. There was a conversation about how we could stay safe and walk home in groups, but no discussion about how to tell boys not to harass us, not to rape us. It wasn’t until recently, after #MeToo went viral, that I remembered this instance of victim-blaming from years ago and realized how dangerous it was.

During a sermon in mass when I was 16 years old, a priest complained that some parents gave their kids too much freedom. And though I personally agree that, if I were a parent, I wouldn’t allow my 16-year-old child (of any gender) to be out past 11 p.m. on their own, the priest seemed to correlate sexual assault with young girls being out at night in short dresses. I didn’t like it — especially when I thought about how most of the women I know who have been abused were abused by friends, relatives, partners, or someone they trusted.

I brought up my discomfort with my parents later, and they agreed that the priest’s comments were wrong. But since he was a visiting priest, he soon left our church and I was at a loss for what to do about it.

Then in college, I went through my own assault, and the impact of the rape culture I’d been exposed to in church revealed itself.

For weeks after the assault, I had nightmares where something — I don’t know what — followed me through my childhood apartment, staining all of the walls and my clothes. I felt disgusting and believed everyone should hate me. I told myself that I didn’t deserve food. I’d jog obsessively until I ached, and I’d tell myself that if I inflicted a certain amount of physical pain on my body, I could be forgiven.

It took me over two years to finally go to a counselor for help to get past the trauma of the assault. It wasn’t until a therapist told me it was alright for me to be upset that I really understood something bad had happened to me — and not because I had provoked it.

Thankfully, I have seen some improvements in how assault is addressed in youth groups. In 2016, I went to World Youth Day in Poland with a group from my church. Now an adult, I had to go through a mandatory training to ensure I could protect the kids and teens in the group in case of an emergency. A video during the training emphasized that when a child says someone touched them inappropriately, believe the child. The video then explained how to get the child help, and how to reassure the child that it was not their fault if they were abused.

Later in the training, we discussed the video. A man in my group shared that he was molested as a child by his babysitter. I didn’t go into details, but I explained how it took years for me to go to therapy after what happened to me in college, and that I was weighed down by guilt because of it. People in the training genuinely wanted to know if I was okay.

“I tell my kids that if anything happens, I still love them and that they can always call me, one of the women said.

I still go to mass, and I believe that religious communities can change.

I’ve seen hashtags like #mosquemetoo and #churchtoo cropping up to address the pervasiveness of sexual harassment, assault, and rape culture in religious spaces, and this new public conversation is an important start. But I can’t be a regular part of youth group anymore — not until I know that transformative and sustainable change has come to stay.

If you are a sexual assault survivor and need help, you can call the National Sexual Assault Telephone Hotline at 1-800-656-4673 to speak to a trained counselor. You can also chat online with a counselor here. Both services are available 24/7.