This coming Sunday, the masters of cinema will gather together to celebrate the phenomenal works we’ve admired on the silver screen this past year. Yet, only one can take home the shiny Oscar for Best Picture.

Since 1929, this super special Academy Award has been bestowed upon the crème de la crème of movies. It represents the finest directing, acting, music composing, writing, editing, and basically everything else you see when the credits roll. However… throughout the years, there have been some… unconventional nominees.

Let’s put on our movie critic caps and take a look at these unorthodox Oscar picks.

When we think of Oscar-nominated movies, the phrase “family-friendly” doesn’t come to mind. Yet, The Wizard of Oz made the cut as the very first children’s film to ever be selected (even though the flying monkeys are downright terrifying). 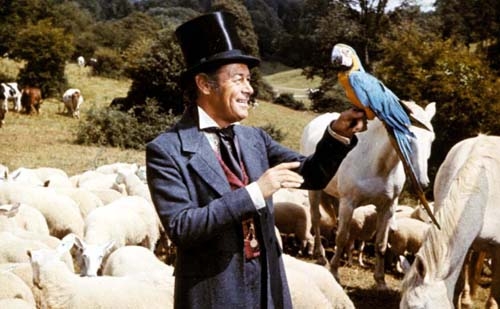 In addition to receiving terrible reviews, this film was dubbed a massive critical and commercial failure. It’s also said to have ended Rex Harrison’s career as a leading man.

When this movie was nominated, it was the first (and only!) X-rated film to actually win Best Picture. (I guess we’re not in Kansas anymore, Toto.)

As we all know, the sequel is almost always never better than the original, which is why it’s surprising to see a “Part II” on an Oscars list. Yet, this movie defied all odds, took home the statue, and gave hope to sequels everywhere!

This work of terror broke records when it became the first horror film to win Best Picture. To this day, it’s the only one in its genre to do so. What do you have to say to that, Clarice?

Sadly, it’s not often that you see a Disney film on the Best Picture nominee list. That would explain why, as late as 1991, Beauty and the Beast became the first full-length, animated feature film – in the history of cinema – to be nominated in this category.

While we love Babe, we have to admit that a Best Picture movie poster doesn’t typically feature a talking pig. (Though it would be cool to see Babe accept the award – we have a feeling he’d give a super inspirational speech.)

We normally don’t see big-budget blockbusters taking home the gold at the Oscars. Plus, this movie was the first/only fantasy film to win since Day 1 of the Oscars. Yay for imagination!

What do you call a movie filled with aliens and lasers and sci-fi action galore? Not your average Oscar fave.

Toy Story 3: “We changed our minds!” – the Academy

If you think that Toy Story 3 is exceptional for having no prior nominations, just take a look at one of this year’s nominees: Mad Max: Fury Road. This picture (a 4th installment) represents the first of its kind to be nominated in this group. Plus, none of the films that came before it were nominated.

This silent, black-and-white film won in 2011, proving that you don’t need CGI and special effects to make a 21st-century masterpiece.

Unconventional Oscar nominees, we love you, not in spite of your weirdness, but BECAUSE of it. Smooches from all of us weirdos out there.